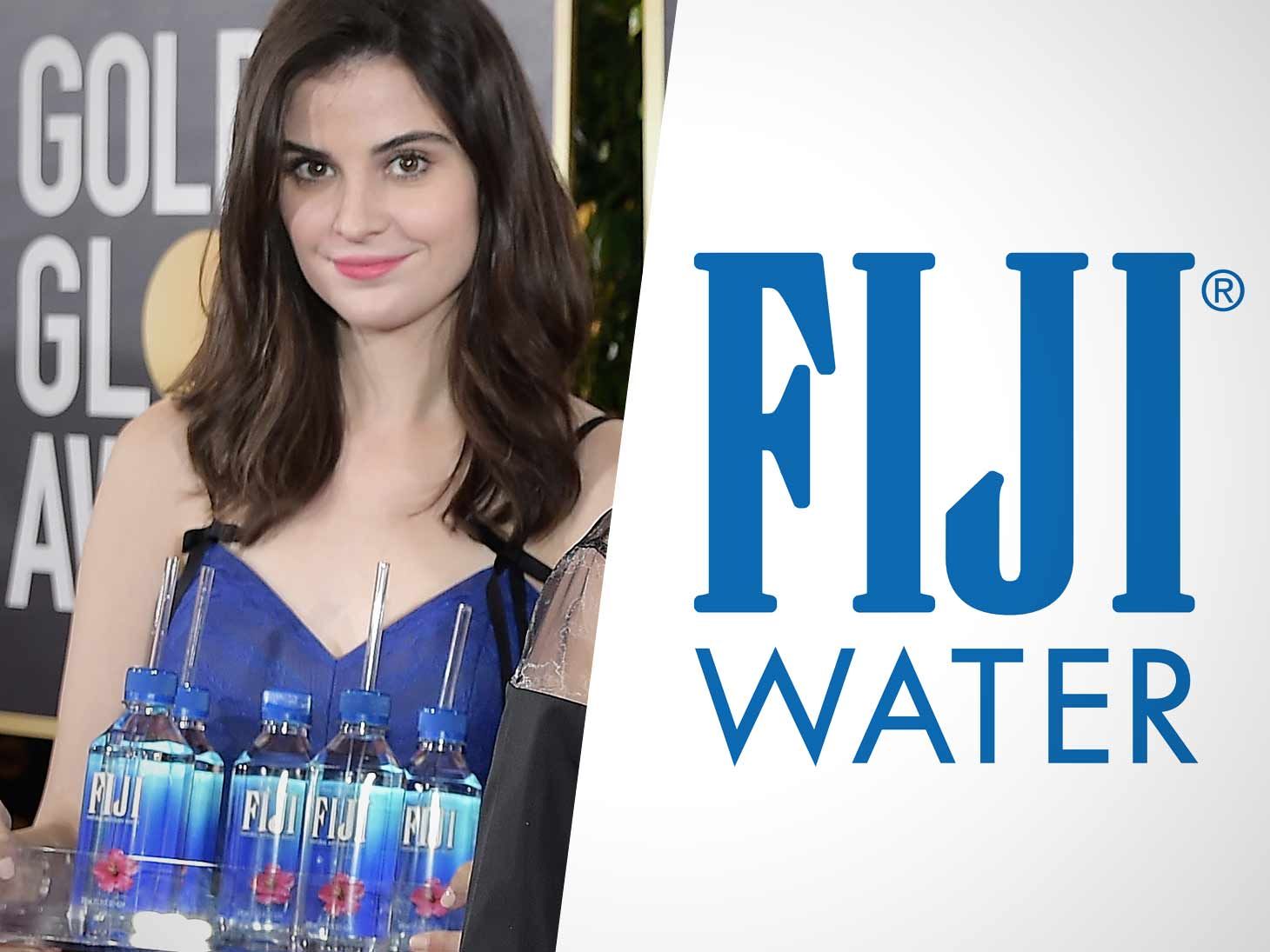 Fiji Water is not going with the flow after their former brand ambassador, made famous at the Golden Globes, accused them of an unauthorized marketing campaign, and now they're firing a fresh stream of accusations at the "greedy" model for allegedly trying to extort the company for thousands of dollars.

According to a countersuit filed against Kelleth Cuthbert, obtained by The Blast, Fiji says Cutbert's lawsuit is a "blatant attempt to skirt her contractual obligations." The water company says "simple greed" by Cuthbert was shown when she allegedly reneged on an agreement with Fiji, and "attempted to extort close to half a million dollars from Fiji because she wanted a better deal than the original $90,000 she had originally accepted."

The company made it clear they "refused to pay this steep ransom and instead insisted upon its contractual rights."

Fiji says Cuthbert is merely trying to "capitalize on her fleeting 15 minutes of internet fame," and claim all her accusations about fake signatures and unauthorized are "baseless." They also find it ironic that the model has now "bitten the hand that feeds her."

They argue that Cuthbert agreed to a one-year exclusive deal with Fiji for $90,000 and made it clear that she "Understood" the terms. In regards to the cardboard cutouts that Cuthbert claimed were unauthorized, Fiji claims the model knew about the marketing campaign and even approved the cut-outs when they were shown to her during an office visit. They even point to an Instagram post she made touting the cardboard cut-out. That post has since been taken down.

Fiji is countersuing Cuthbert for breach of contract and false promise, and are seeking damages from the model.

The Blast broke the story, Cuthbert fired the first shots at Fiji claiming they used her image without authorization.

Kecia Reynolds, Cuthbert's attorney, tells The Blast, "[T]the complaint filed by Fiji Water today is an obvious publicity stunt to counter revelations of Fiji Water’s unlawful actions. However, Kelleth will not be bullied by Fiji Water, the Wonderful Company, or its billionaire owners."

Reynolds adds, "Fiji Water’s complaint is meritless and Kelleth is confident she will prevail in court."