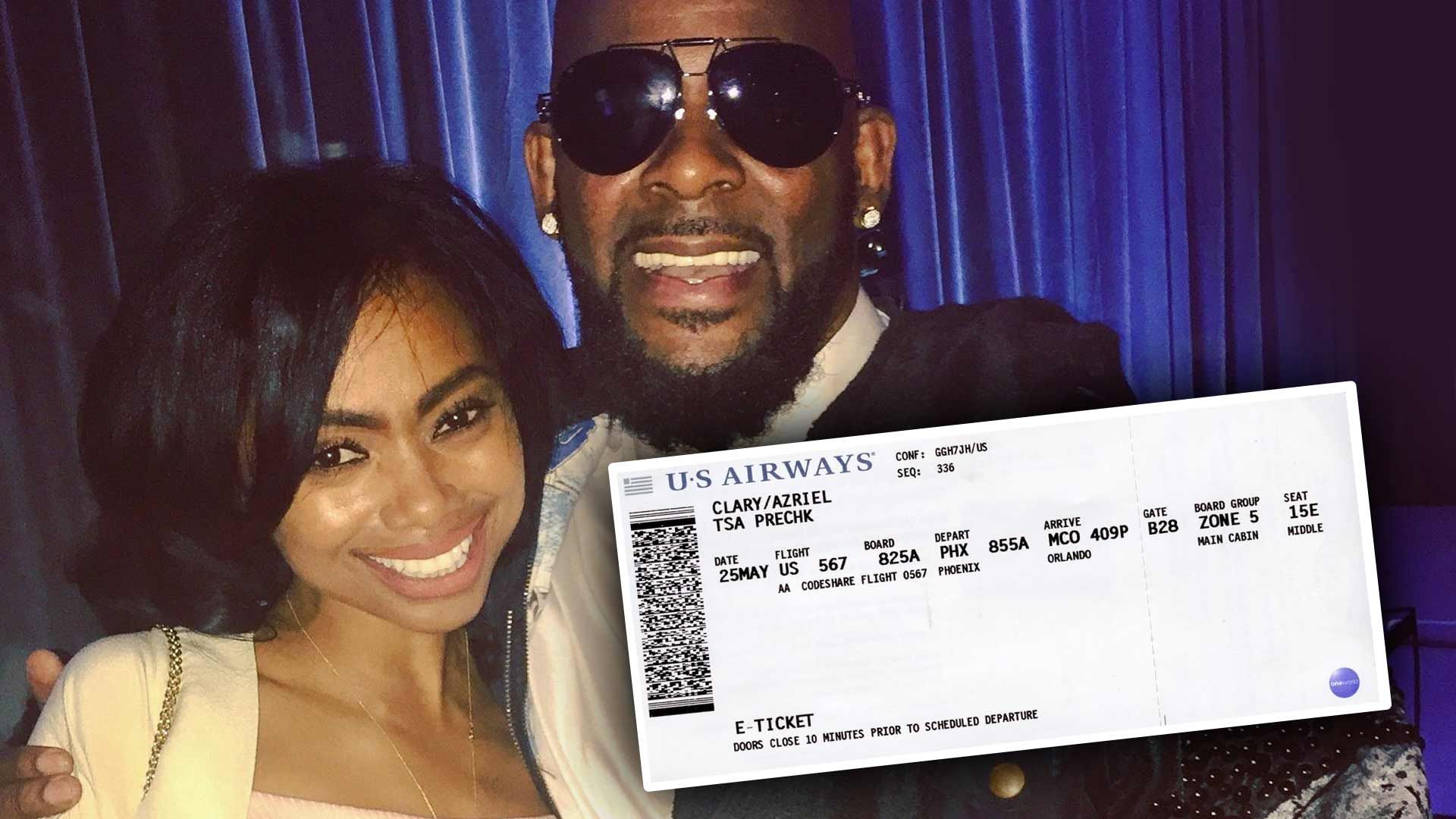 Federal investigators and representatives of the U.S. Attorney's Office interviewed one of R. Kelly's ex-employees Wednesday in Atlanta as part of an ongoing case against the singer for possible sex trafficking.

Kash Howard and her attorney, Mawuli Mel Davis, met with investigators from task force connected to the Department of Homeland Security for two hours at Davis' office in Georgia. We're told investigators are focused on one of Kelly's girlfriends, Azriel Clary, who allegedly traveled over state lines to be with the singer.

We're told the feds questioned Howard about the timeline of events surrounding Clary's travel and flight records that might prove their case against Kelly.

We're told the flight was booked by Kelly's people so the feds wanted to question Howard to see what she knows about it.

After speaking with officials, Howard admitted, "This has been a very disturbing situation for me," but adds she's been "supportive of the young ladies" and will continue to assist with the ongoing investigation.

Howard's attorney would not comment on the exact line of questioning by the Homeland Security investigators, but said his client was very "honest, truthful and forthcoming" with federal investigators.

The Blast obtained a photo of the team of investigators that spoke with Howard, but we blurred their faces to protect their identities.

Sources close to the investigation tell us the family of Joycelyn Savage will also meet with the federal officials, and have a Thursday meeting scheduled.

The family was just able to make contact with their daughter for the first time in years, but nonetheless believe the singer has committed multiple crimes.

We're told the Savage family has fully cooperated with the feds throughout their investigation, which sources say has been ramped up big time in the last month. Kelly faces possible federal criminal charges for setting up travel for his underage companions.

Joycelyn's parents have similar evidence they will provide, including plane tickets, text messages and photos.

Meanwhile, Kelly remains behind bars in Chicago after falling $161,000 behind in child support to his ex-wife.

After he was cuffed and led from the courtroom Wednesday, Kelly's publicist said the singer had asked for a payment plan, but will remain in police custody until he's able to come up with the entire amount owed.

Kelly was re-arrested hours after his interview with Gayle King aired on "CBS," in which he broke down while proclaiming his innocence.