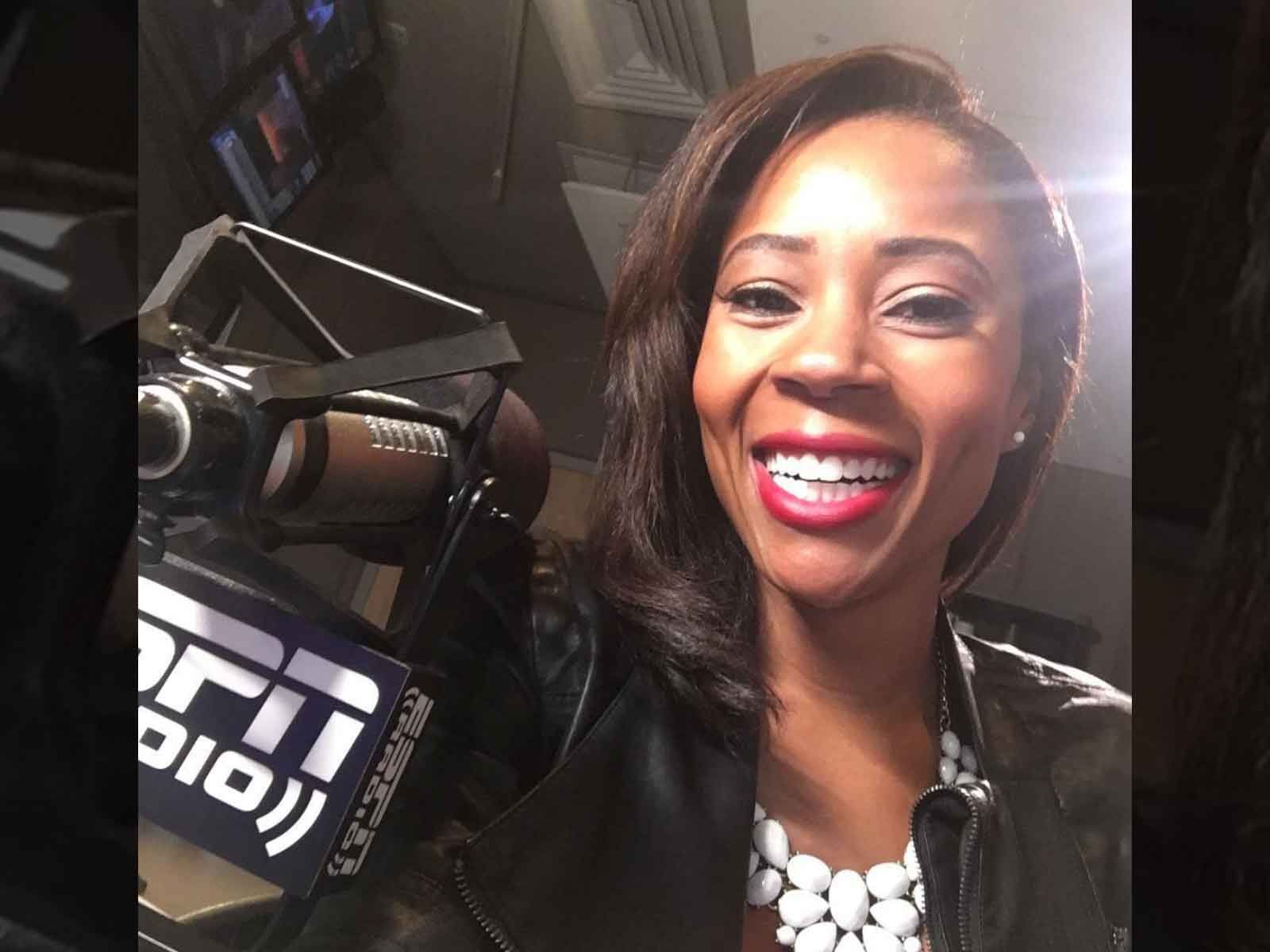 Adrienne Lawrence, a former ESPN host, is suing the company for sexual harassment, claiming, among other things, that co-workers made lewd comments wondering what Rihanna must "taste like."

According to a lawsuit obtained by The Blast, Lawrence claims ESPN is "a company rife with misogyny" where "women are humiliated, degraded, and forced to navigate a misogynistic and predatory culture."

In one instance, Lawrence claims two male co-workers talked about "what popstar Rihanna must 'taste like,' concluding that she 'must taste good,' and then howling with excitement while Ms. Lawrence sat in disgust before being forced to leave the room."

Lawrence joined ESPN in 2015, leaving her legal career to join ESPN through its competitive "ESPN the Fellowship" program. Lawrence believed the program would lead to a long career with the network, citing positive meetings she had with then-ESPN President John Skipper.

Instead, Lawrence claims, "ESPN denied Ms. Lawrence important opportunities for professional development and fired her in retaliation for complaining to supervisors and the Human Resources Department ... about sexual harassment and HR’s condonation and ratification of discriminatory behavior."

Throughout her tenure at the network, Lawrence claims she "was forced to work in a hostile environment where she was subjected to misogynistic treatment by multiple male colleagues, many of whom ostracized her after she objected to their sexual objectification of her and other women."

Lawrence claims she was subjected to unwanted sexual advances by ESPN anchor John Buccigross. She says he "exploited his position of authority over her" and used "calculated predatory grooming tactics," including "sending unsolicited half-naked photos to test how she would respond to his attempt to sexualize the relationship."

She says in her lawsuit, "He was following the 'ESPN Predators’ Playbook.'"

After rejecting his advances, Lawrence claims Buccigross "marked his territory" by "spreading a bogus rumor that they were intimate, falsely suggesting that she was 'sleeping her way to the top' and that her advancement was based on a sexual relationship with a senior anchor rather than her stellar performance."

Lawrence complained to Human Resources (as documented last December by The Boston Globe) but ultimately, she claims, HR "colluded with Buccigross to cover up his misconduct and insisted that he was harmless and that her concerns were not to be taken seriously."

Buccigross gave a statement to the Globe, saying, "I considered Adrienne to be a friend. I'm sorry if anything I did or said offended Adrienne. It certainly wasn't my intent."

When Lawrence complained up the chain, she says eventually "ESPN reinforced its longstanding practice of retaliating against women and did not renew Ms. Lawrence’s contract or consider her for any employment opportunities whatsoever."

Lawrence also made the claim that ESPN covered for legendary sportscaster Chris Berman. She claims that Berman left "a threatening and racially disparaging voicemail" for fellow ESPN personality Jemele Hill. When Hill notified HR, Lawrence claims nothing was done (see Hill's statement on the incident below).

In August, Lawrence filed a complaint against ESPN with the State of Connecticut Commission on Human Rights and Opportunities. She then received a Right to Sue letter from the Equal Employment Opportunity Commission, which led to this lawsuit.

Lawrence is suing for sexual harassment, sexual discrimination and retaliation. She is seeking unspecified damages.

ESPN STATEMENT
We conducted a thorough investigation of the claims Adrienne Lawrence surfaced to ESPN and they are entirely without merit. Ms. Lawrence was hired into a two-year talent development program and was told that her contract would not be renewed at the conclusion of the training program. At that same time, ESPN also told 100 other talent with substantially more experience, that their contracts would not be renewed. The company will vigorously defend its position and we are confident we will prevail in court.

JEMELE HILL STATEMENT
A few years ago, I had a personal conflict with Chris Berman, but the way this conflict has been characterized is dangerously inaccurate. Chris never left any racially disparaging remarks on my voicemail and our conflict was handled swiftly and with the utmost professionalism. I felt as if my concerns were taken seriously by ESPN and addressed in a way that made me feel like a valued employee. Frankly, I’m more disappointed that someone I considered to be a friend at one point would misrepresent and relay a private conversation without my knowledge — in which I simply attempted to be a sounding board — for personal gain.