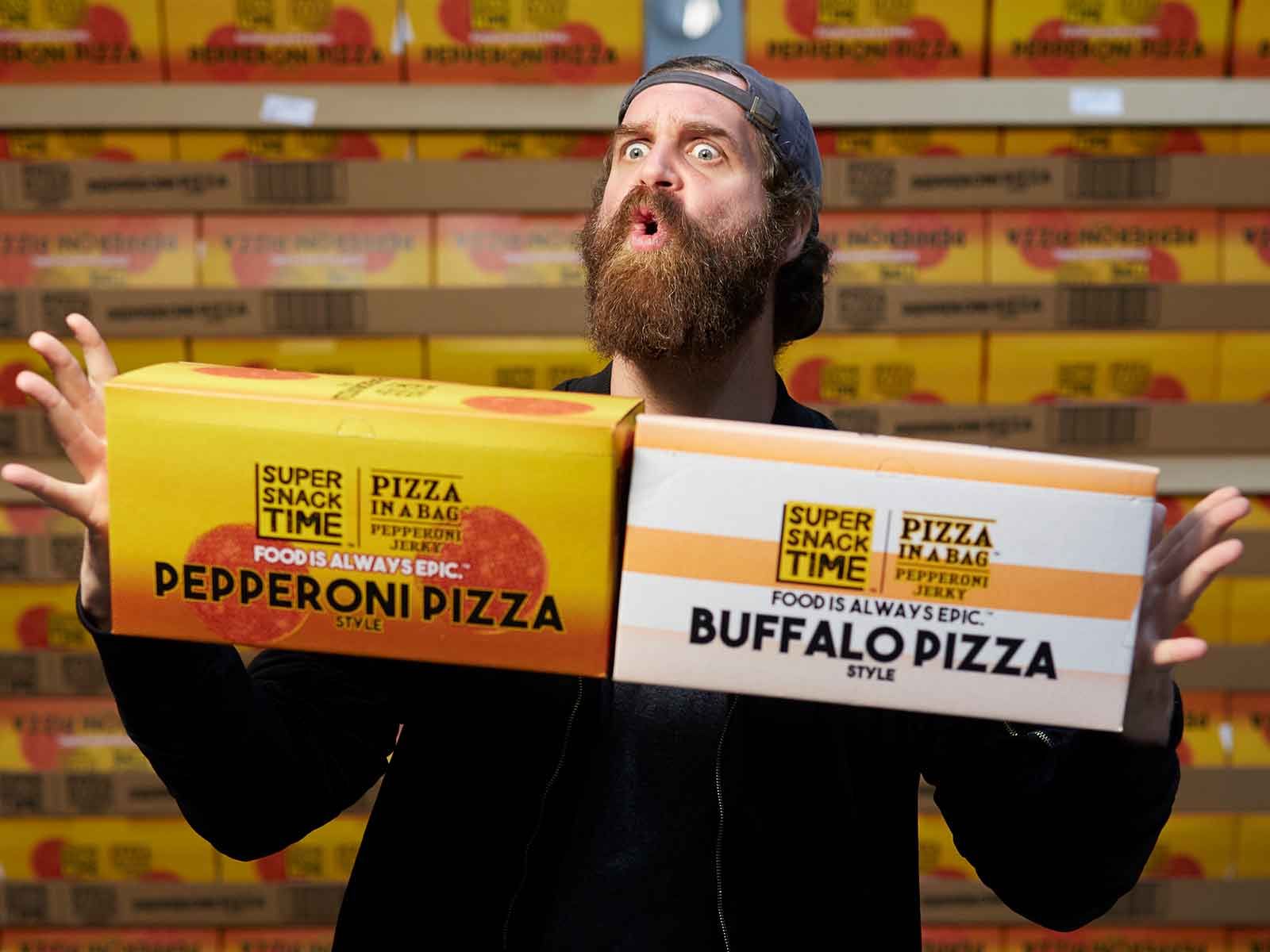 The guys from "Epic Meal Time" are capitalizing on their YouTube fame and culinary fusion abilities to create a new type of beef jerky for the masses.

Co-creator Harley Morenstein, known for his ridiculously high-calorie creations on EMT – just combined pizza and beef jerky to launch the franchises first product under their Super Snack Time brand. The masterpiece is appropriately called ... Pizza In A Bag.

A rep for the company tells The Blast the boys personally went through a ton of jerky suppliers until they found the perfect match. We're told each individual jerky slice is seasoned and produced at the highest quality.

We're told the company has already struck a deal to be featured nationally in Walmart, and they are working to get Pizza In A Bag at every cash register in the U.S.

Right now the available flavors are Supreme Pizza, Buffalo Pizza and Pepperoni Pizza and cost about $4 per bag. All three are made with a mix of beef and pork, and seasoned with tomato sauce, parmesan cheese and all the appropriate toppings.

Epic Meal Time tells us after the success of their pizza jerky they plan on branching out into bigger and better meal concepts and food products.