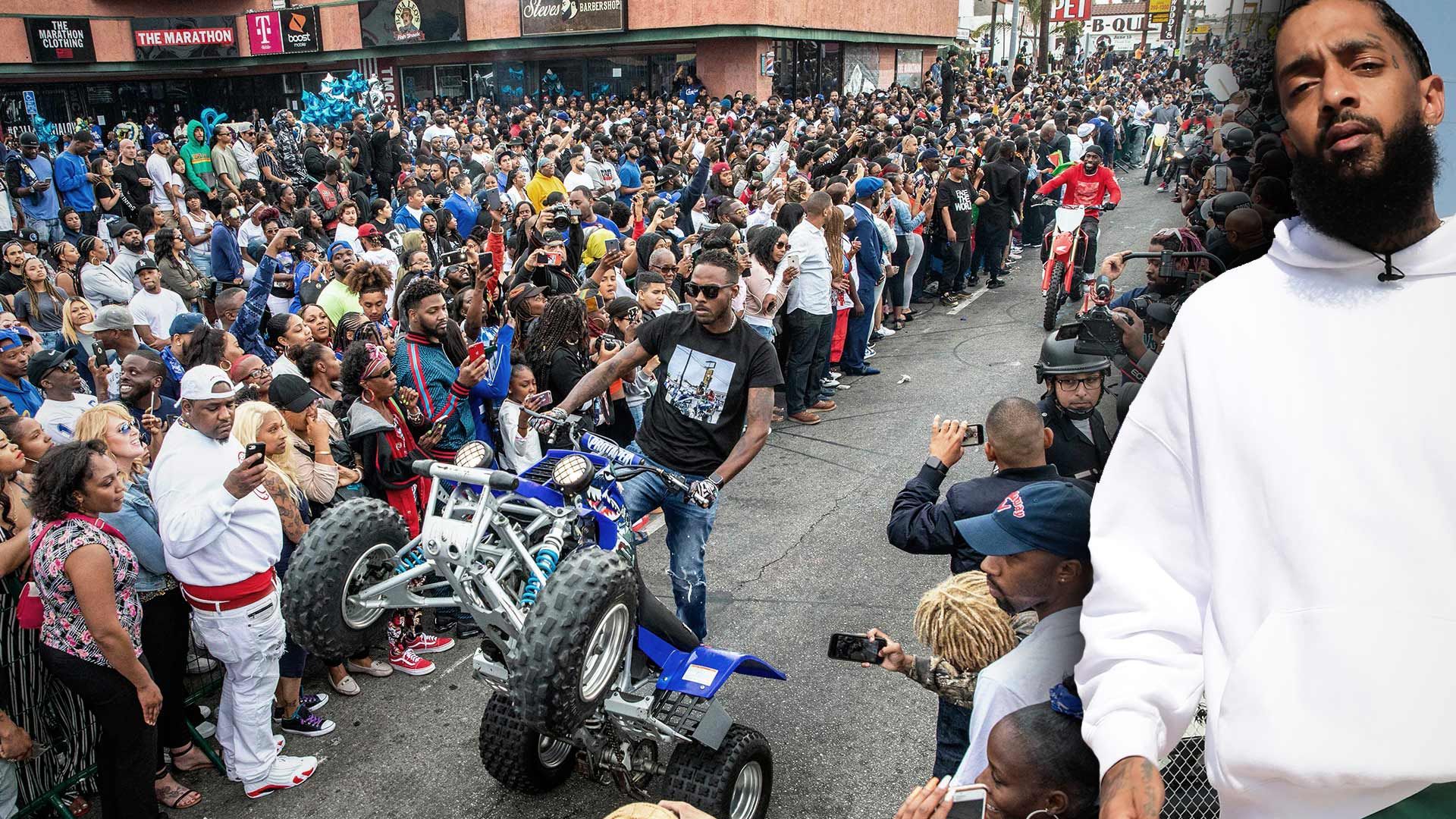 Nipsey Hussle's memorial may have been a day earmarked for peace on the streets of Los Angeles, but unfortunately another act of "senseless violence" occurred ... leaving 1 person dead.

LAPD Chief Michel Moore announced the shooting Thursday night; 3 men and 1 woman had been shot. One victim died, although it's unclear if it was one of the men or the woman.

Moore said, "We must stop this senseless violence." The sentiment was expressed by him and other community leaders during the news conference after Hussle's death.

The shooting did not occur on the actual procession route, which was lined by thousands of people following Hussle's casket after leaving the Staples Center, but was nearby.

The tragic shooting was a dark mark, but the rest of Nipsey's day went on successfully, celebrities like Snoop Dogg, Stevie Wonder and of course Lauren London paying their final tributes to the slain hip-hop star.