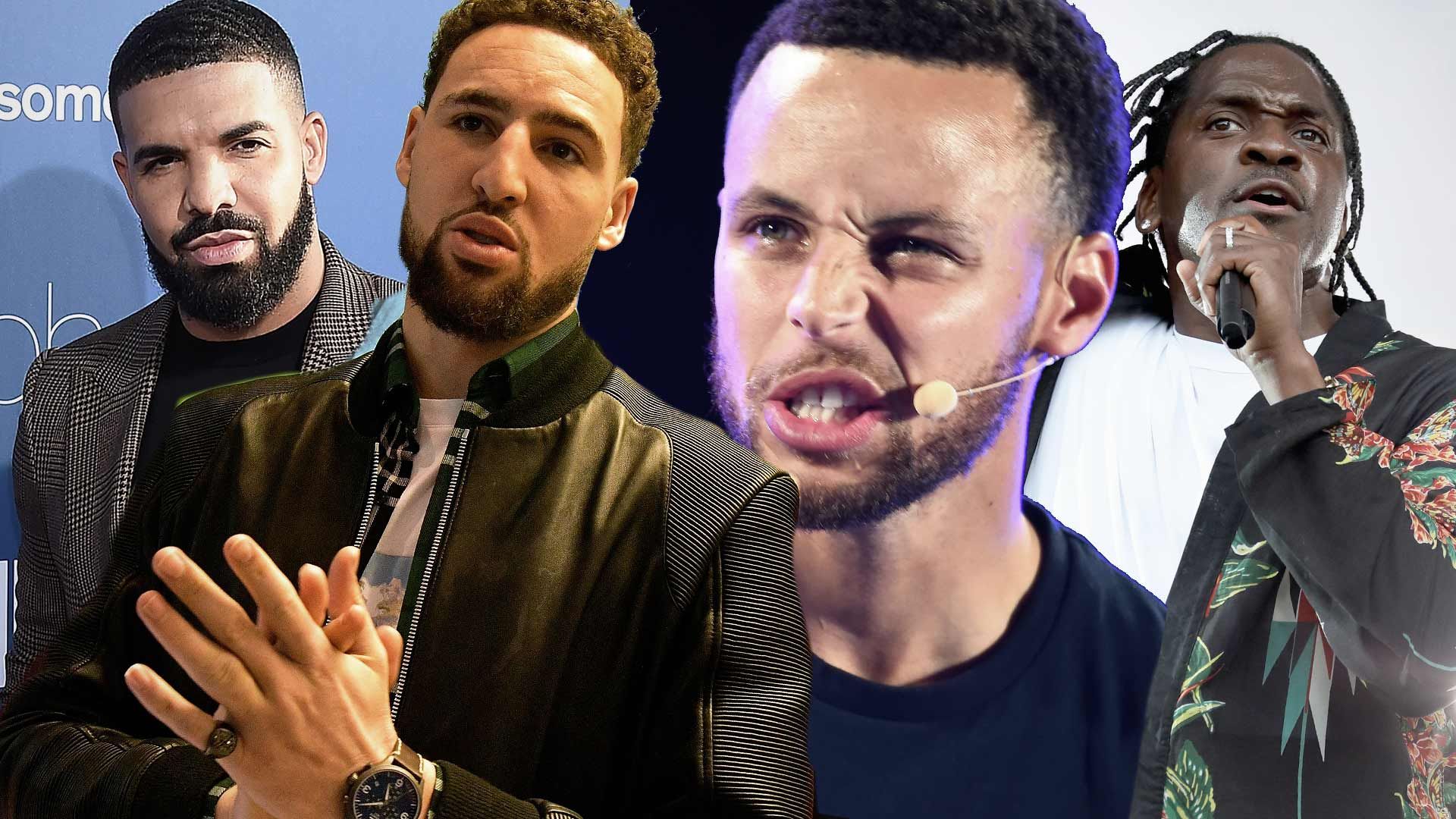 The drama continues between Drake and the Golden State Warriors during the NBA Finals ... and even though the rapper took a shot before Game 3, he ended up with the last laugh after the Toronto Raptors got the win.

During the pre-game warm-ups before game 3 of the series at Oracle Arena in Oakland, Steph Curry and the Warriors blasted Pusha T's "Story of Adidon," a famous diss track by Pusha T which exposed Drake's secret child.

Drake and Pusha still have massive beef over the incident that went down last year, and at the time were trading diss tracks back and forth.

However, the Raptors beat the Warriors 123 - 109 to pull ahead in the series by 1 ... and Drizzy didn't miss the opportunity to clap back at the boys.

Posting what appeared to be a shirtless, drunken photo of Warriors star Klay Thompson with a bunch of girls, the "God's Plan" rapper wrote, "Stay Golden my friends ... goodnight"