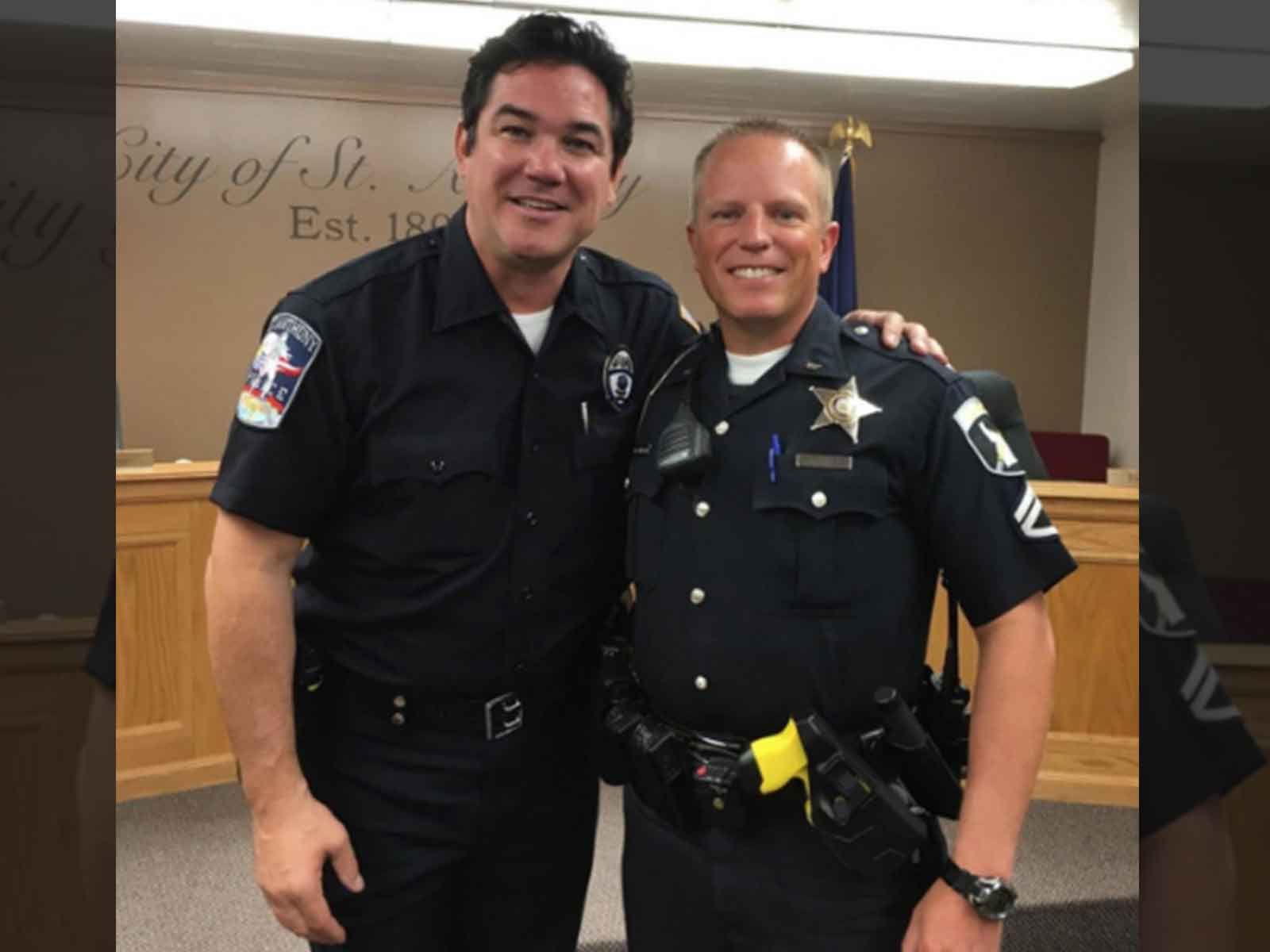 Dean Cain, who starred as the Man of Steel in "Lois and Clark: The New Adventures of Superman," has been sworn in as a reserve officer with the Saint Anthony Police Department in Idaho.

Photos of the ceremony showing Cain in uniform taking the oath, and with his official certificate, were shared by the Idaho State Police on their Twitter. "Cpl. Anderson supporting local area law enforcement as St. Anthony PD swears in Reserve Officer Dean Cain who played Superman in the TV series Lois & Clark: The New Adventures of Superman. #BackTheBlue," they wrote along with the pics.

Cain is the latest celebrity to join the police department. Other famous reserve officers include Shaquille O'Neal, Steven Seagal and fellow Saint Anthony reserve officer Erik Estrada. Shaq, however, did get his badge taken away after dropping an infamous rap about Kobe Bryant.