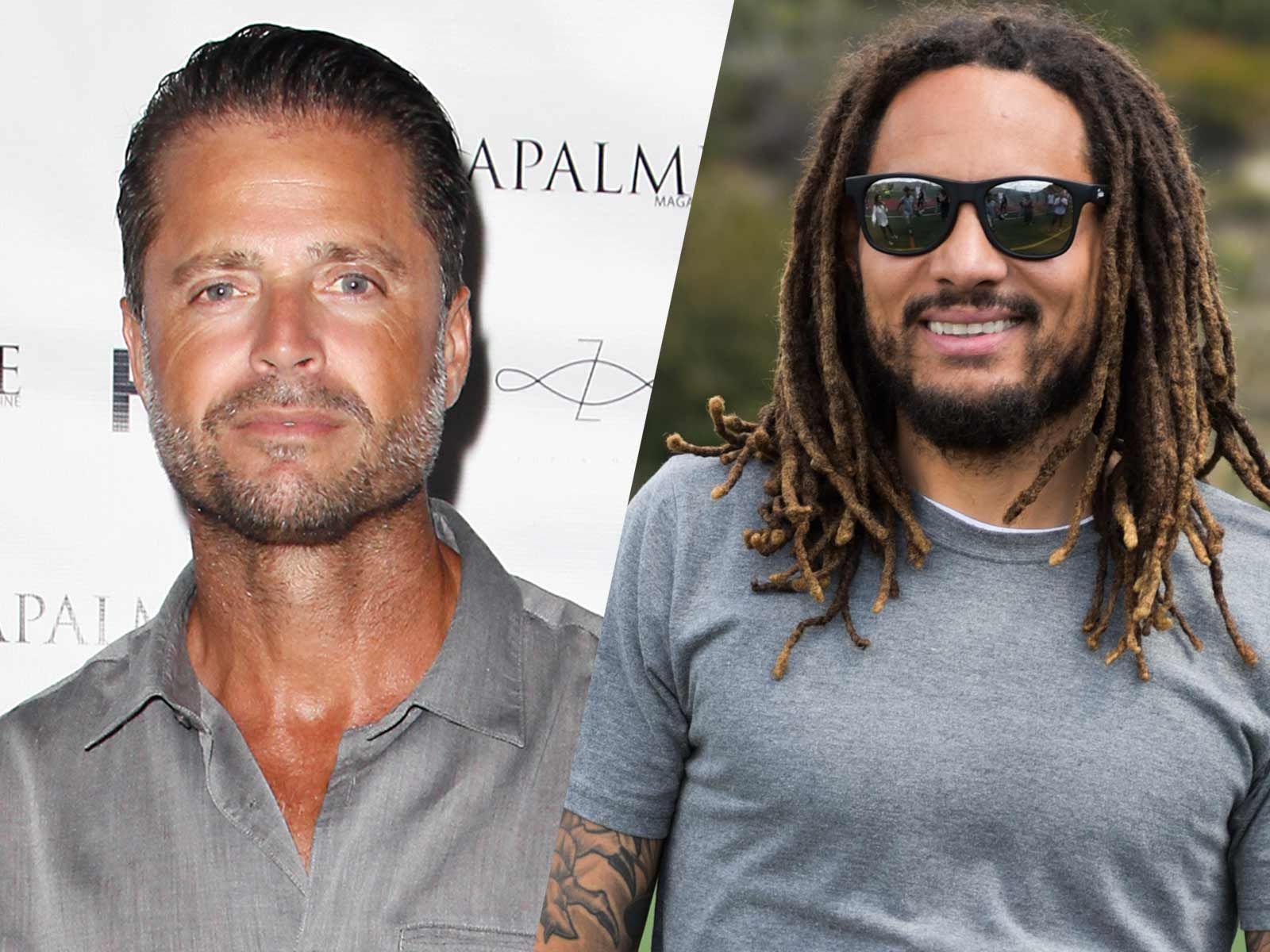 According to documents obtained by The Blast, Charvet says Jones sent him multiple text messages, including alleged threats that stated, "Stay away from my kids," and "Next time I see you me and you will clear all that sh*t ... man i f*cking have a problem with you." The "Baywatch" star says Jones also threatened to punch him in the face.

Charvet also filed a police report on November 23, and claims Jones tried to gain access to his home, but was turned away by security. The actor believes Jones may have access to firearms, claiming he owns an AR-15 assault rifle. He said the threats "escalated to include guns" as part of the threats, and included a text message in his filing from Jones appearing to show the rifle.

Jones also allegedly sent a text message claiming to know where Charvet was temporarily living after being displaced from the recent Woolsey wildfire.

Charvet says he is now concerned for his safety over the threats. He also denies a sexual or romantic relationship with Jones' wife, claiming they are just friends.

The beef between the two stars surfaced last week social media when Jones accused Charvet of trying to sleep with his wife, saying, "I don't understand how some man just come and step in to relationships. Calling them self friends and behind the scenes their goal is just to get on your wife."

Interestingly, Charvet did not include his children in the filing for protection.

As The Blast previously reported, Charvet is in the middle of a divorce with estranged wife Brooke Burke after the two split earlier this year.