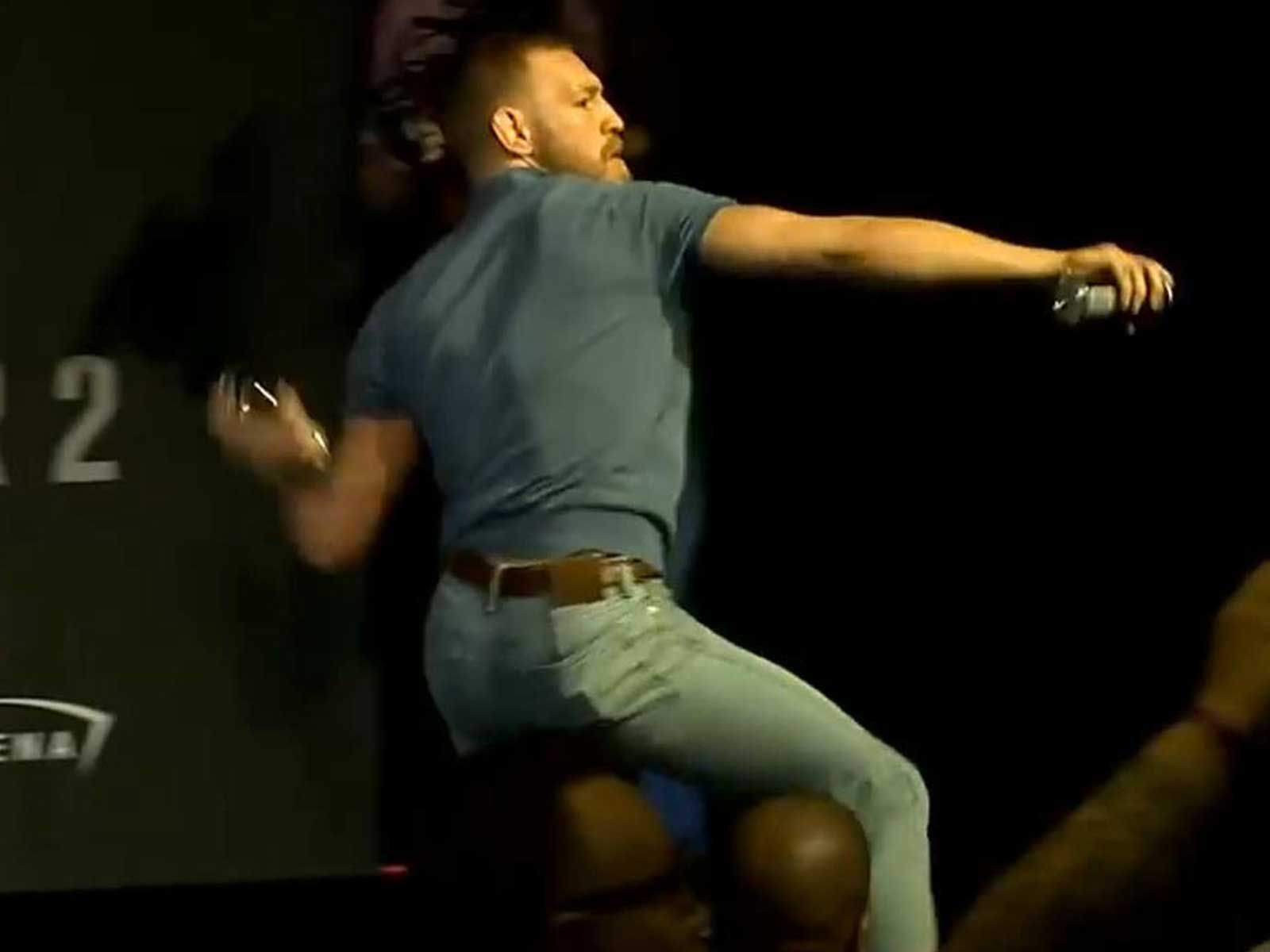 Conor McGregor Sued Over Hurling Can at UFC Press Conference

Conor McGregor's left hook has made him millions, but his left arm might cost him thousands because he's been sued for allegedly nailing a security guard with an energy drink can during a UFC press conference.

According to a lawsuit obtained by The Blast, William Pegg was at the press conference for McGregor's fight with Nate Diaz on August 17, 2016 at the Copperfield Theater in Las Vegas.

As fight fans know, that presser became infamous when Diaz stormed out and the two began throwing water bottles at each other. You can see in the video above, at one point, McGregor grabs a can of what appears to be Monster energy drink off the table and throws it at Diaz.

In his lawsuit, Pegg claims he was hit in the back by the can, near his left shoulder. He says he incurred medical expenses totaling just under $5,000 as a result.

Pegg is seeking damages and believes he's entitled to at least $95,000. How did he arrive at that number, you ask?

McGregor's lawyers have filed a response denying any responsibility.

The two will square off in court, where beverages are usually limited.