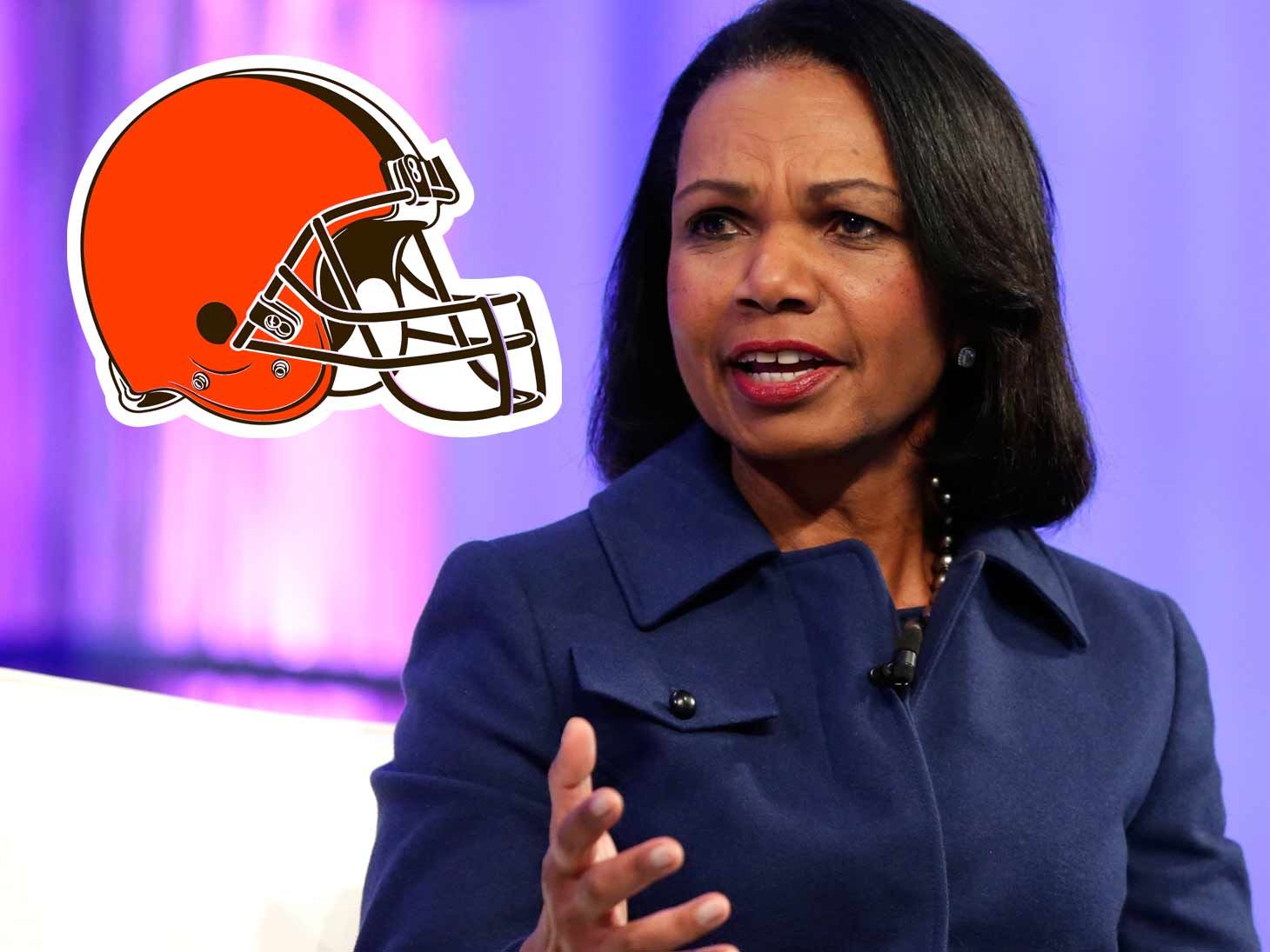 Reports of Condoleezza Rice's move from the Oval Office to the sidelines might have been greatly exaggerated.

After an ESPN report on Sunday morning that the Cleveland Browns were interested in interviewing the former Secretary of State for their head coaching job, the team responded by saying that just was not true.

"Former Secretary of State Condoleezza Rice is a great leader, possesses the highest possible character and also happens to be a Browns fan," GM John Dorsey said in a statement. "I have the utmost respect and admiration for all she's accomplished and was honored to meet her for the first time earlier this season."

He continued, "Our coaching search will be thorough and deliberate, but we are still in the process of composing the list of candidates and Secretary Rice has not been discussed."

Condoleezza Rice added a statement of her own, saying:

I love my Browns -- and I know they will hire an experienced coach to take us to the next level.

On a more serious note, I do hope that the NFL will start to bring women into the coaching profession as position coaches and eventually coordinators and head coaches. One doesn't have to play the game to understand it and motivate players. But experience counts -- and it is time to develop a pool of experienced women coaches.

BTW -- I'm not ready to coach but I would like to call a play or two next season if the Browns need ideas! And at no time will I call for a "prevent defense."

If it took place, Rice would be the first woman to ever be interviewed for a head coaching job in the NFL.

Rice is an avid sports fan and her name is often mentioned as a possible successor to Roger Goodell as commissioner of the NFL. She was one of the inaugural members of the College Football Playoff selection committee.