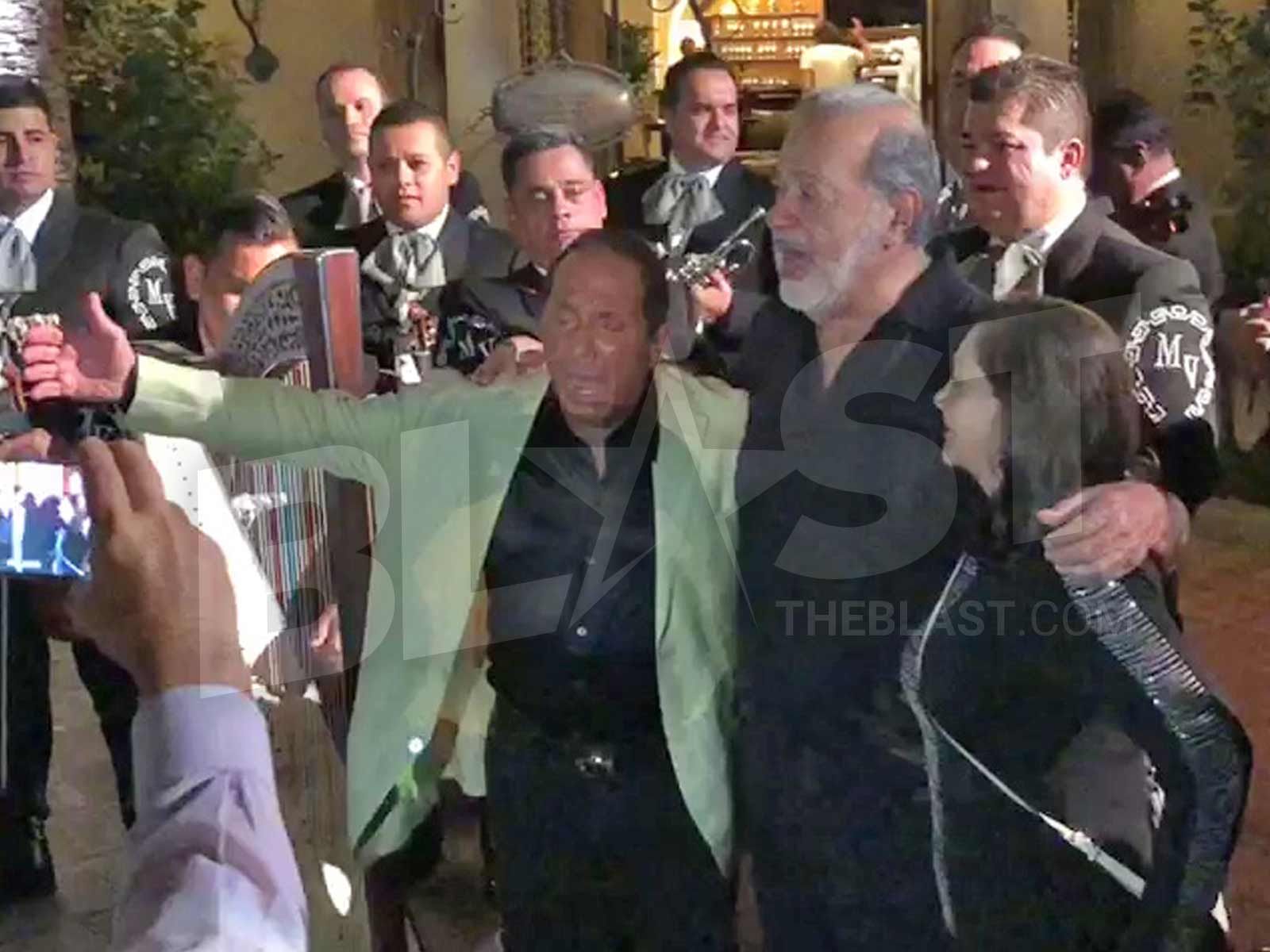 Slim hosted the big shindig at The Mansion at MGM Grand following Alvarez's big win over Gennady Golovkin. The party featured a mariachi band, a slew of Mexican food offerings, and a cake designed to look like the Mexican flag.

But when it came to the headlining performer, Slim reached north of the border for Paul Anka, who led Slim and the rest of the crowd in an amazing rendition of his classic, "My Way."

Carlos Bremer and Mexican MLB star Adrian Gonzalez were also in attendance and Canelo showed up later on to take in all the festivities.

Slim took the mic towards the end of the night and addressed Canelo and the crowd (which will only be interesting to you if you speak Spanish).