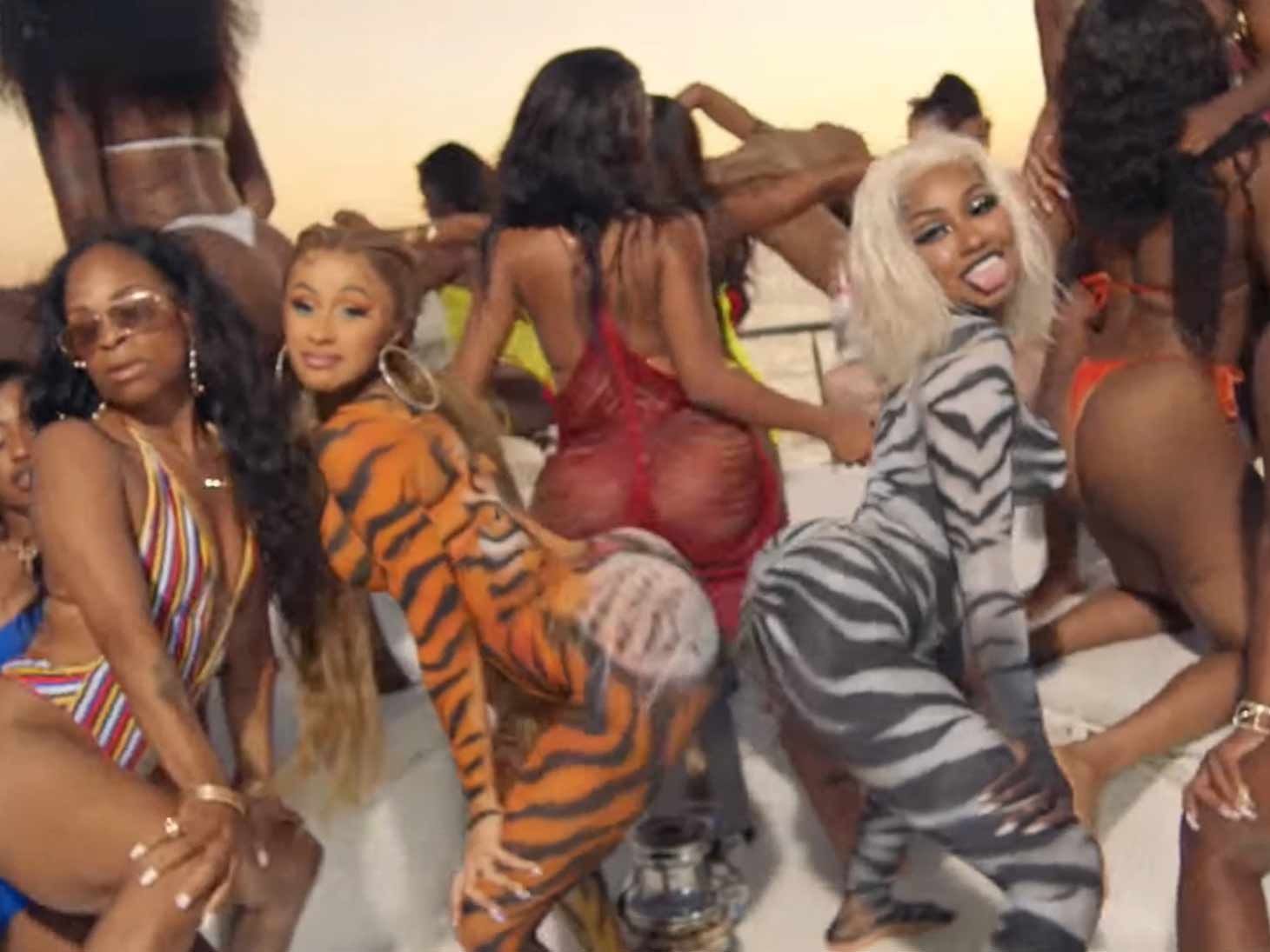 The Grammy nominated rapper is featured on City Girls' song "Twerk," and the video that debuted on Wednesday does not disappoint.

Shot in Miami, YM said they "flewd" out the top 20 girls from their Instagram twerking competition to be in the video.

They don't steal all the twerking glory though, because Cardi and Yung Miami take the cakes by shaking their butts, mostly on each other, while covered in body paint.

The girls also make sure to pay homage to JT, the other half of City Girls, who's currently locked up for felony identity theft. During her verse, several dancers twerk while wearing the singer's name across their backsides and in front of a giant mural of her face.

Remember, this was shot back in December and Nicki Minaj fans went nuts after Cardi was photographed wearing a look-alike costume from her archenemy's past.

BTW, the twerking champion in this video won $25,000 and has a whole lotta cakes.

Enough writing, see for yourself!