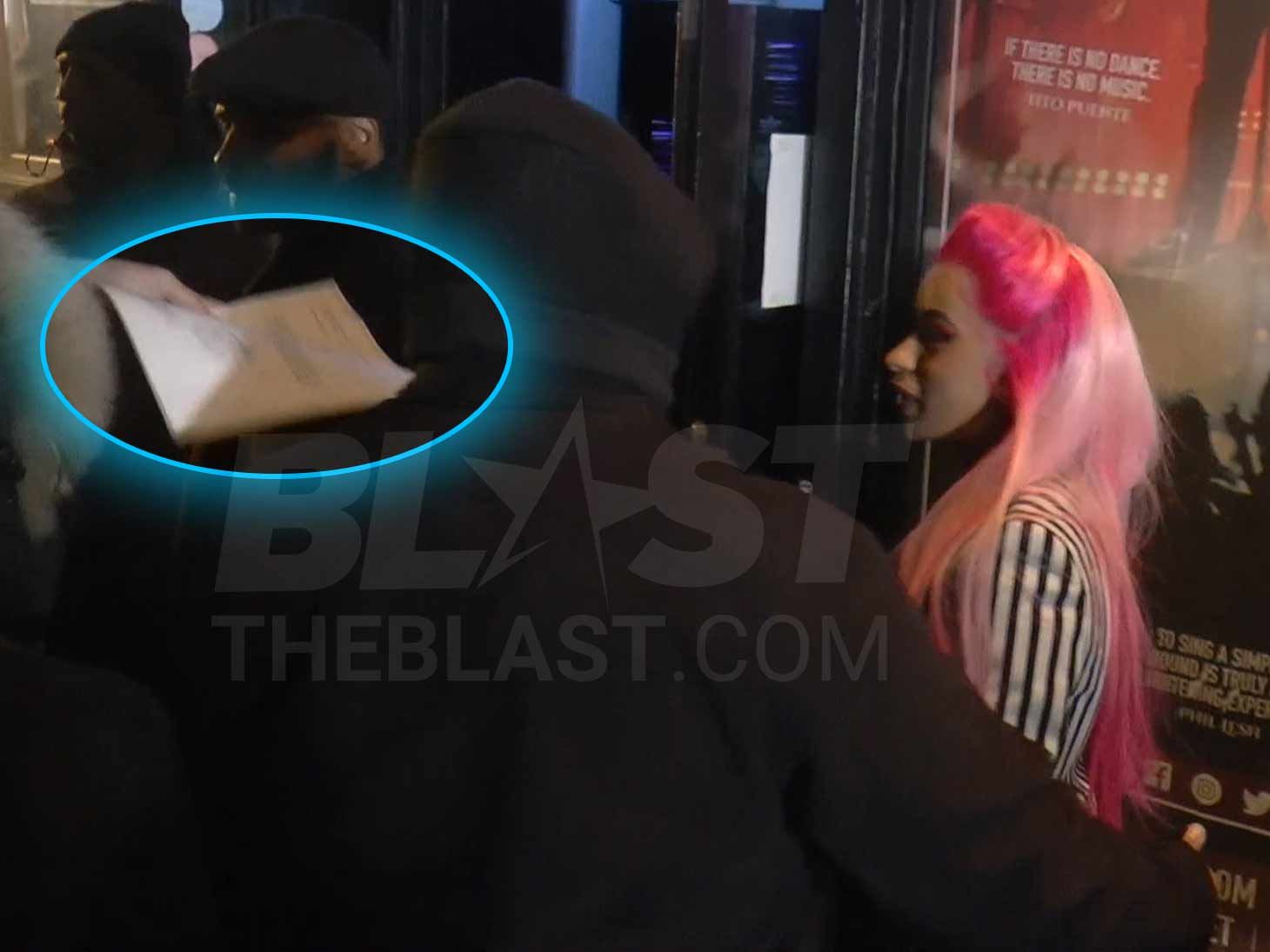 Cardi B was served with a lawsuit over an alleged fan beatdown as she walked into film her new Netflix series.

It all went down on Wednesday night in New York City, where Cardi was in town to shoot for her upcoming hip-hop competition show, "Rhythm + Flow."

In the video obtained by The Blast, Cardi can be seen joking with photographers as she makes her way into SOB's in the South Village area of Manhattan.

Just as Cardi is about to get inside, you can see a man hold out the papers and drop them in front of her while saying something about a "lawsuit."

Cardi B seemed taken back, ignoring the papers and heading inside.

According to court documents obtained by The Blast, the guy who sued Cardi B and Offset last year over an alleged beatdown at the 2018 Met Gala filed new documents claiming to have served Cardi the lawsuit on Wednesday night.

The process server notes in the docs that they "personally served a true copy of the Summons and Complaint by hand" to Cardi B.

As The Blast first reported, Giovanni Arnold previously accused Cardi and Offset of ducking service of the lawsuit.

He claimed that after filing the lawsuit, he waited to serve Cardi B due to her being “seven months pregnant at the time of the assault and, out of respect and consideration for her and her baby’s wellbeing, as well as that of her finance, Offset, I chose not to immediately serve” them.

Arnold tried serving Offset last August in front of the London NYC but "unhappy he was served, he threw the documents out the window of his SUV and drove away."

In his original lawsuit, Arnold claimed that on May 5, following the Met Gala in New York, he was attacked by three of the couple’s bodyguards. He claims he ended up having to go to the hospital for his alleged face, neck, back and body injuries and sued seeking unspecified damages.