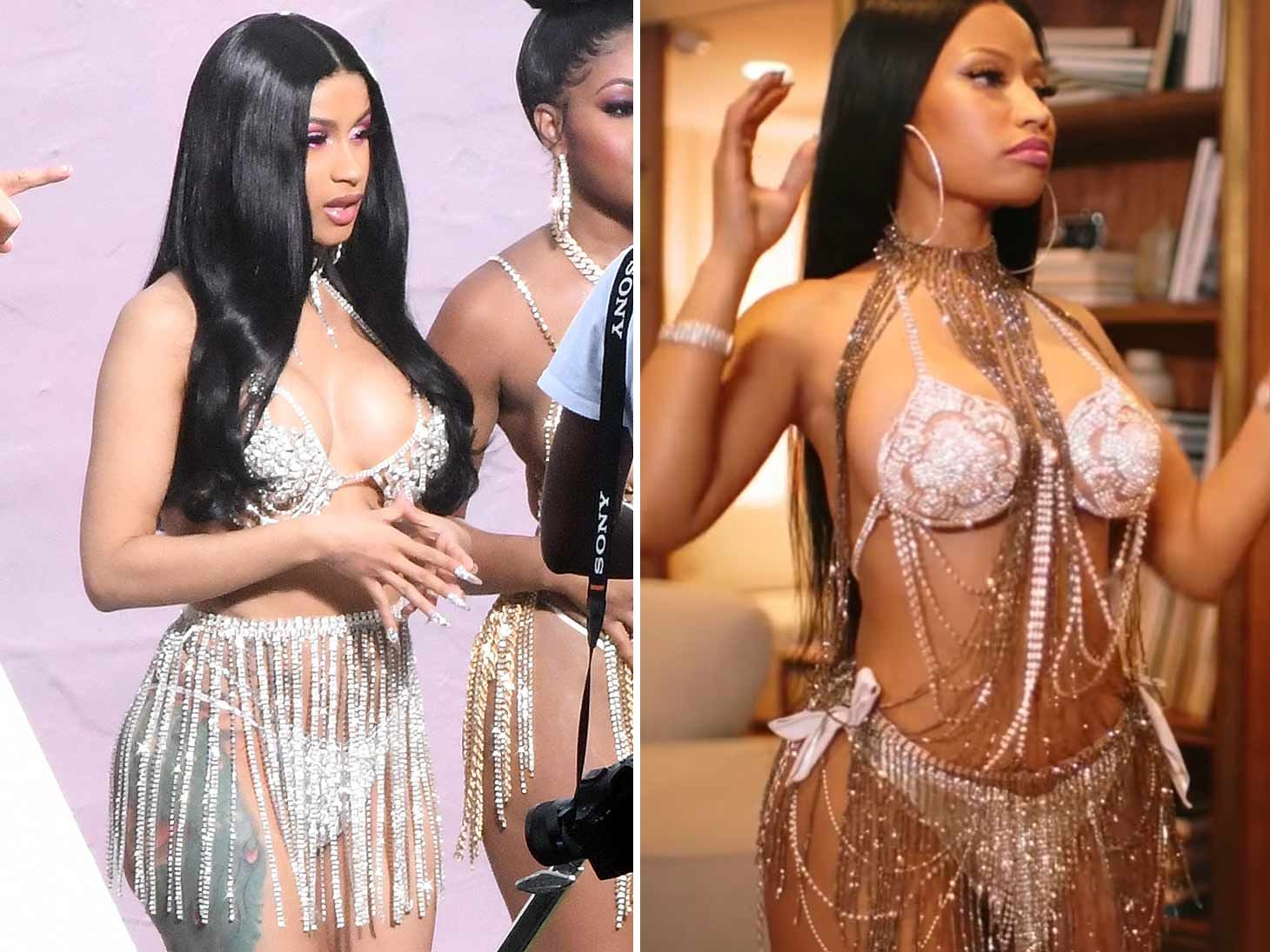 Cardi B is sporting a familiar look while filming a music video and it happens to be something similar to what we've seen on her archnemesis, Nicki Minaj.

The rapper is featured on City Girls' newest single, "Twerk," and was spotted on Tuesday filming alongside Yung Miami for the song's music video.

Cardi B flaunts her curves wearing a silver rhinestone bra and matching tiny underwear with revealing skirt — the same look Nicki wore first back in 2017.

Although Nicki was clearly flossing more with Future in his "You Da Baddest" music video, the resemblance of their ensembles is uncanny.

Of course, any fan would know the two have major beef ... with things coming to a head with a physical altercation during New York Fashion Week. 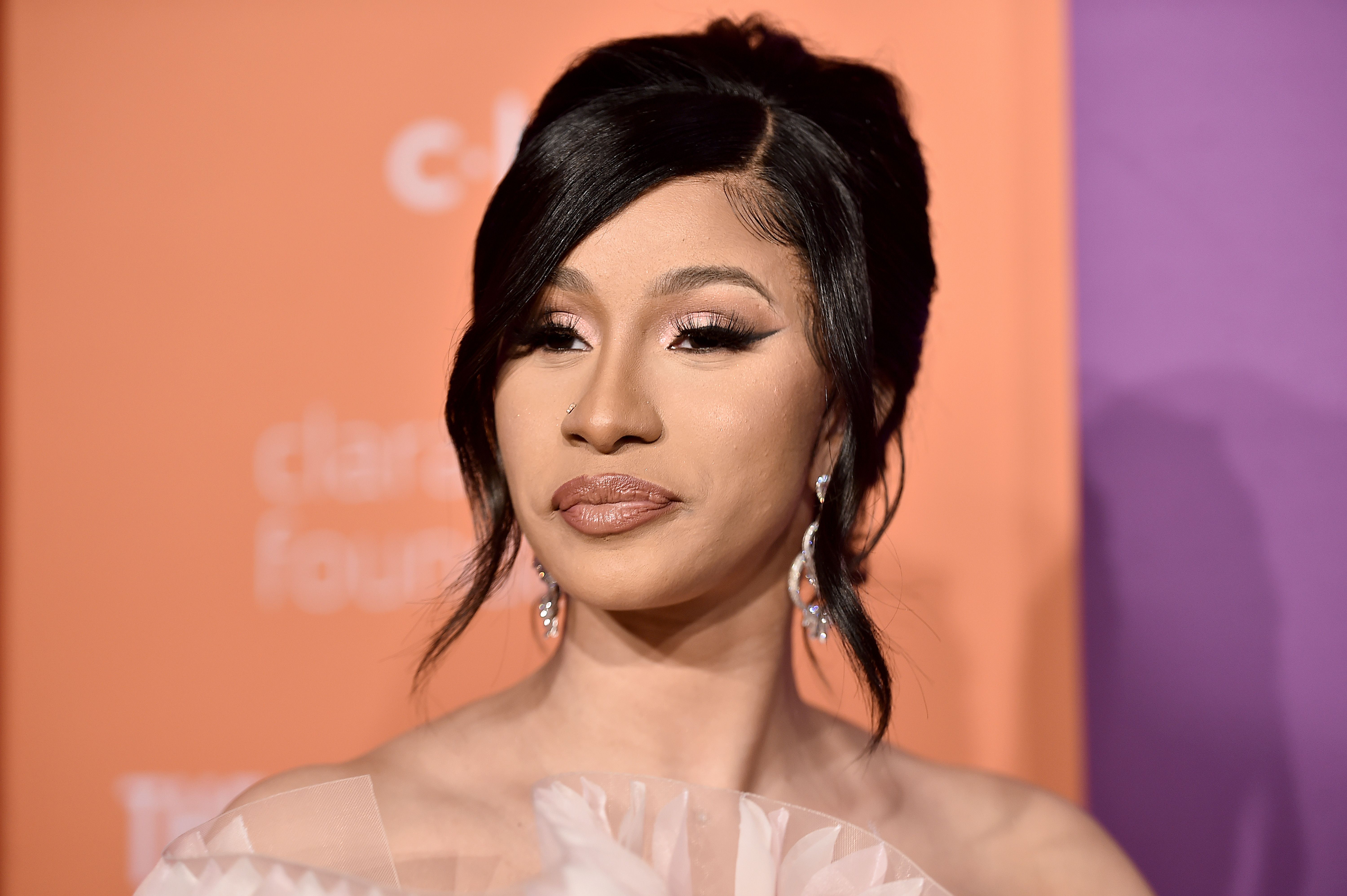 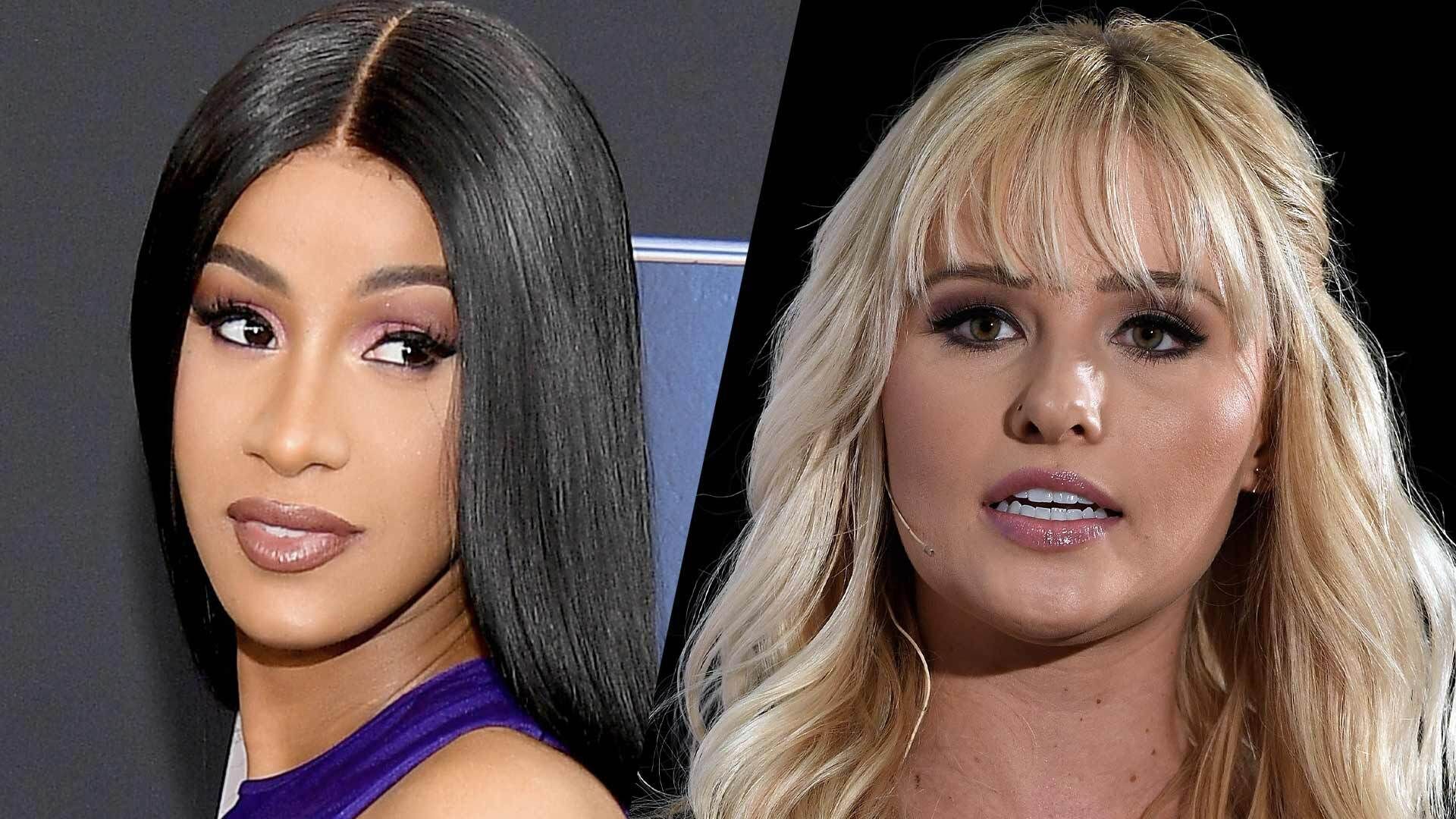 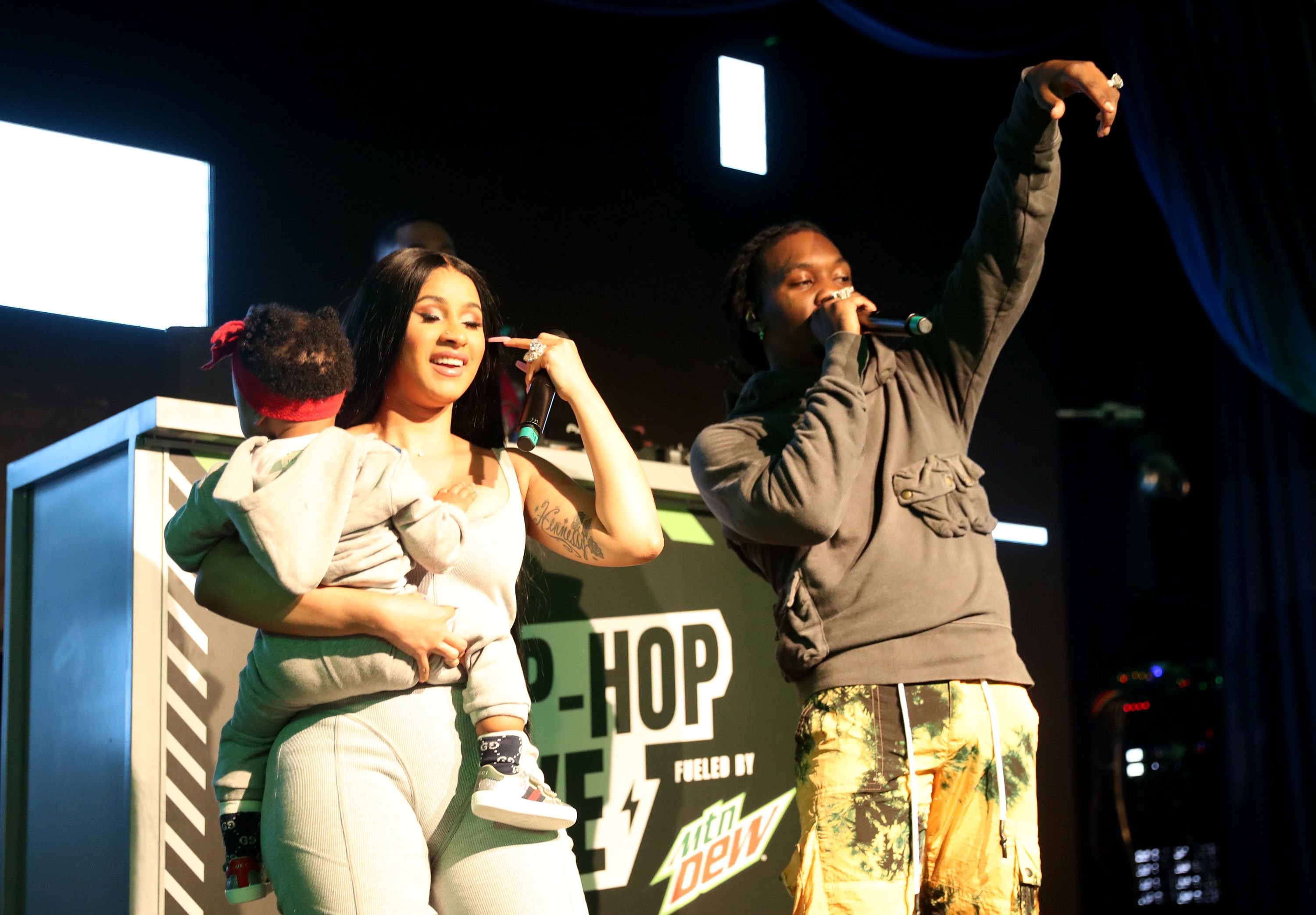