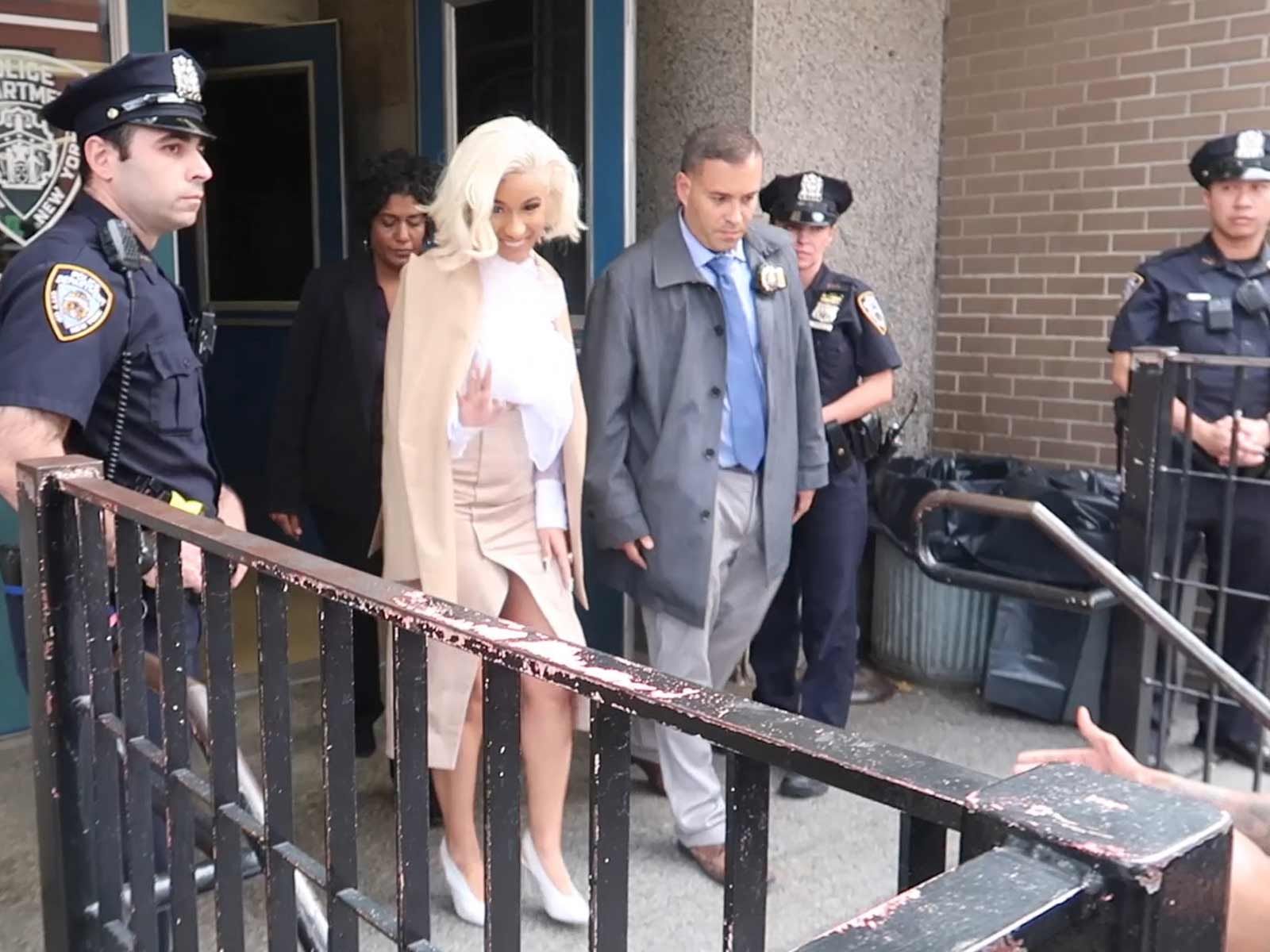 Cardi B just caused chaos in NYC when she showed up to a police station in Queens to address allegations that she ordered an attack on two strip club bartenders, and the hip-hop star ended up getting slapped with two misdemeanors.

Back in August, two sisters claim they were attacked while working at the Angels strip club in NYC. The girls allege the fight was over an alleged sexual encounter with Cardi's husband, Offset.

They claim someone from Cardi B's entourage assaulted them by throwing bottles and chairs, and so they filed a lawsuit against the "Taki Taki" star for damages.

Cardi thought she was going to clear her name Monday morning, but must have been surprised when she was hit with the two misdemeanor charges. She took a mugshot and gave her fingerprints before exiting the police station to a gigantic crowd of cameras and fans.