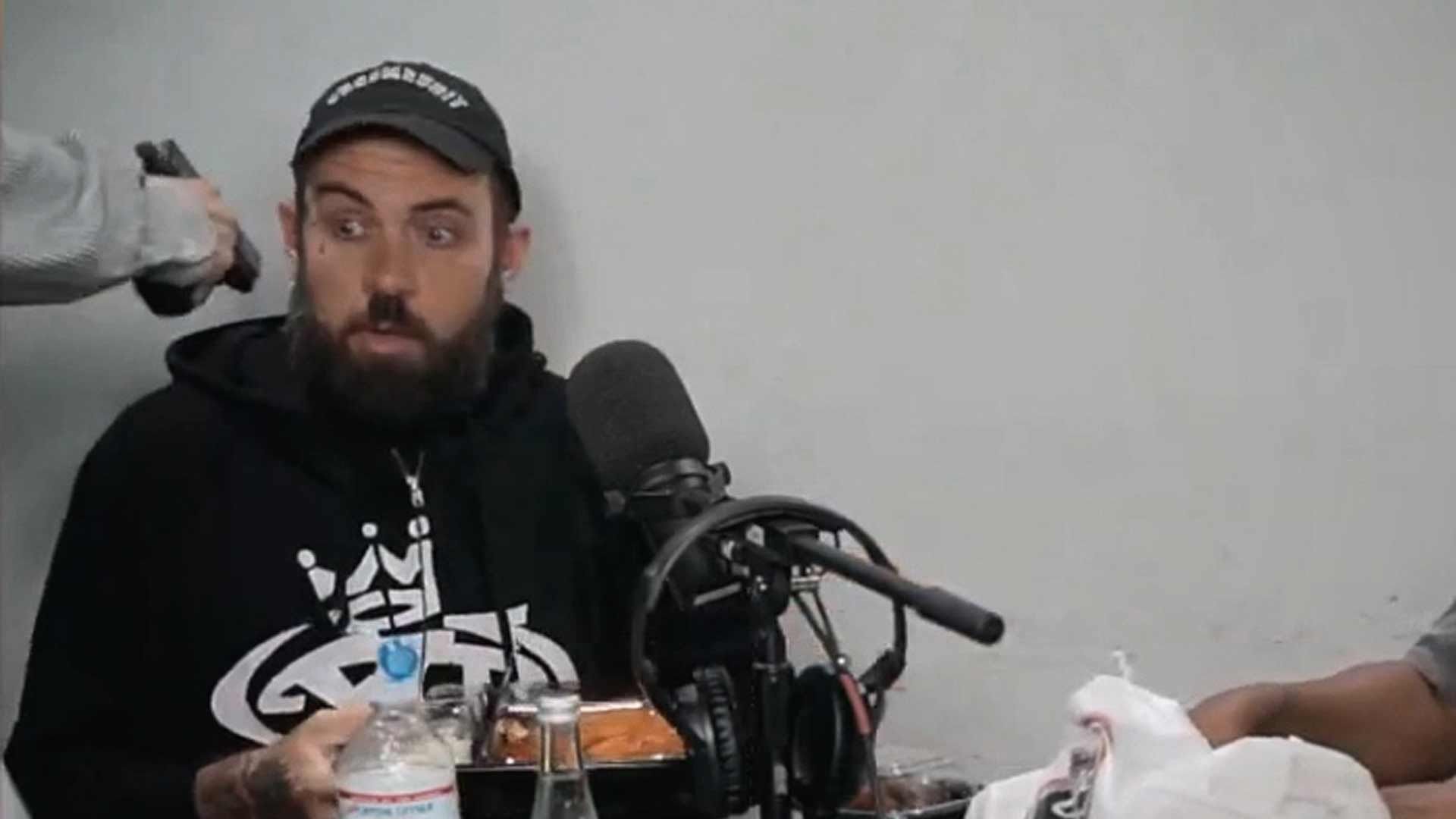 YouTube star, Adam22, was held at gunpoint while preparing to dig into his lunch, and it was all caught on tape during a livestream.

The incident occurred Sunday in Los Angeles at Adam22's bike shop on Melrose, OnSomeShit. Adam22 hosts a podcast where he and his friends listen to up and coming Soundcloud artists, and while they were broadcasting a man entered the studio with a handgun and pointed it at Adam22's face.

"Give me all your fucking money!" the suspect demanded, before getting into a shoving match with Adam22 and taking the fight offscreen.

The gunman was apparently disarmed and then knocked out by the bike shop's security. Fellow YouTube star, Keemstar, posted video of the dazed suspect on the ground. Cops were eventually called, and it is believed that the man was arrested.

Adam22 was not injured during the incident, and it's currently unclear if he knows the gunman or was merely targeted for being a public person.