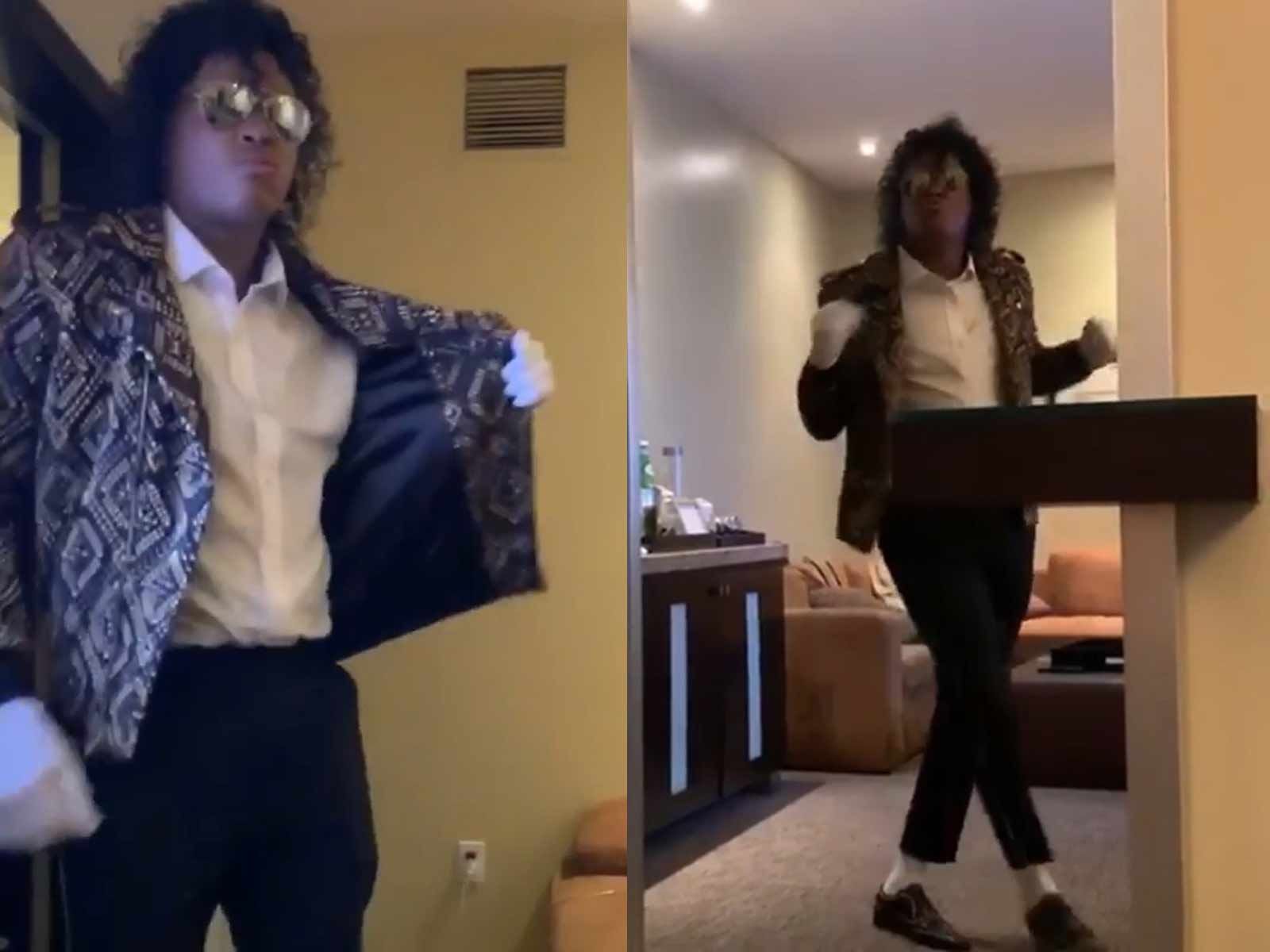 YG Has 'Thriller' of a Halloween Costume, Transforms Into Michael Jackson

YG is trading in the blood walk for the moonwalk, and showing off his dance skills for his trick-or-treating costume.

The "Big Bank" rapper showed off his Michael Jackson inspired look, which appears to be MJ from 1992's Dangerous World Tour. While dancing to Billie Jean, YG dropped some impressive signature dance moves from the King of Pop.

The rapper is a big fan of MJ, and some say he even paid homage to the late-singer with his own album, Stay Dangerous.

YG isn't the only celeb dressing up as a famous idol, Beyoncé also revealed her amazing costume as R&B sensation Toni Braxton.