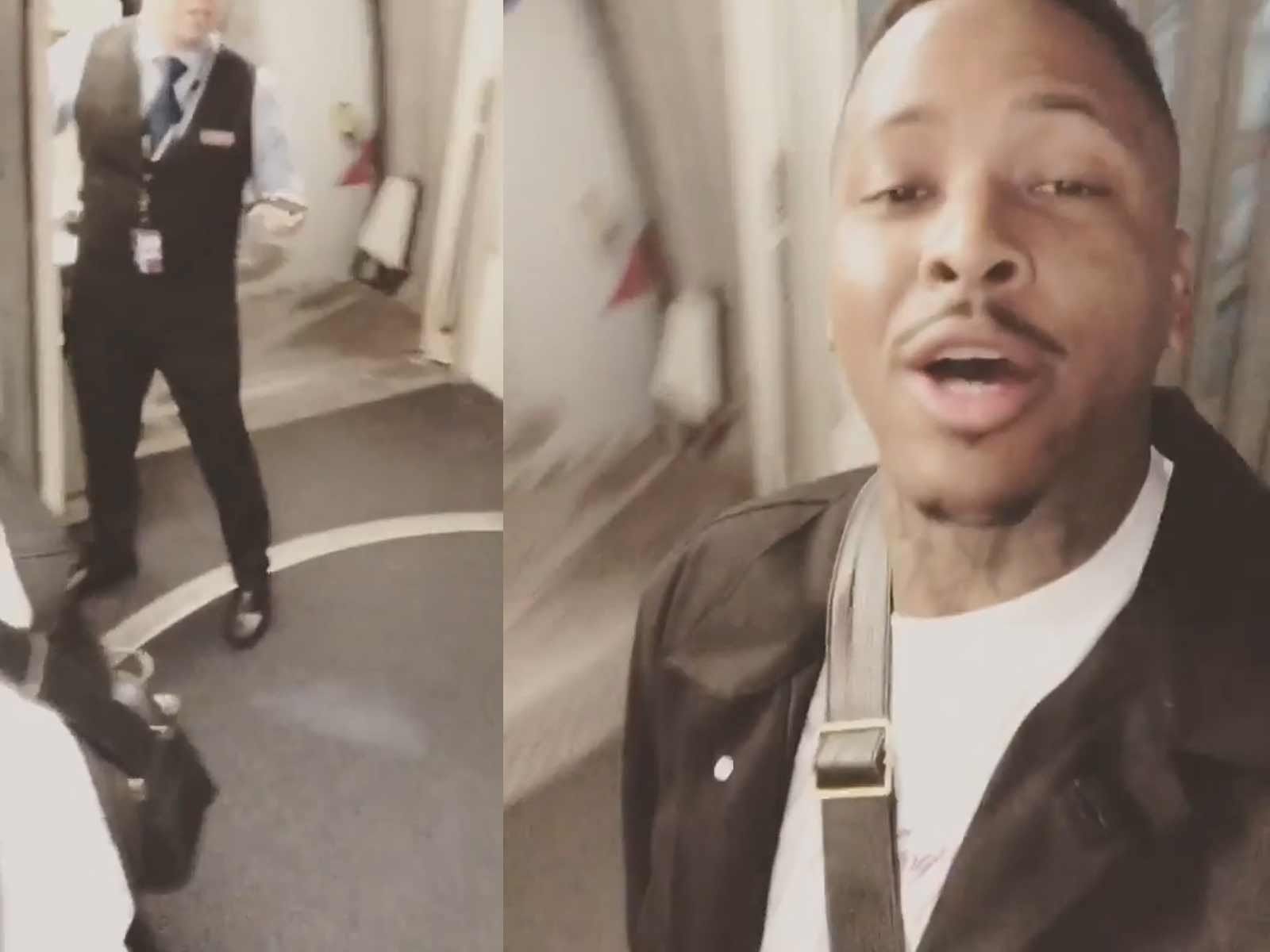 YG says he got kicked off his flight for being hammered, but the hip-hop star swears he was sober as a church mouse.

The "Big Bank" rapper filmed video of himself after he was apparently asked to leave the aircraft of an American Airlines flight. He said the crew claims he was drunk, but YG keeps repeating that he is sober. He also accuses the airline of being racist.

It appears he was at LAX, as some fans posted on social media that they saw him walking through the airport in Los Angeles after the situation. It's unclear if he caught a later flight to wherever he was going.

The Blast reached out to American Airlines for comment.