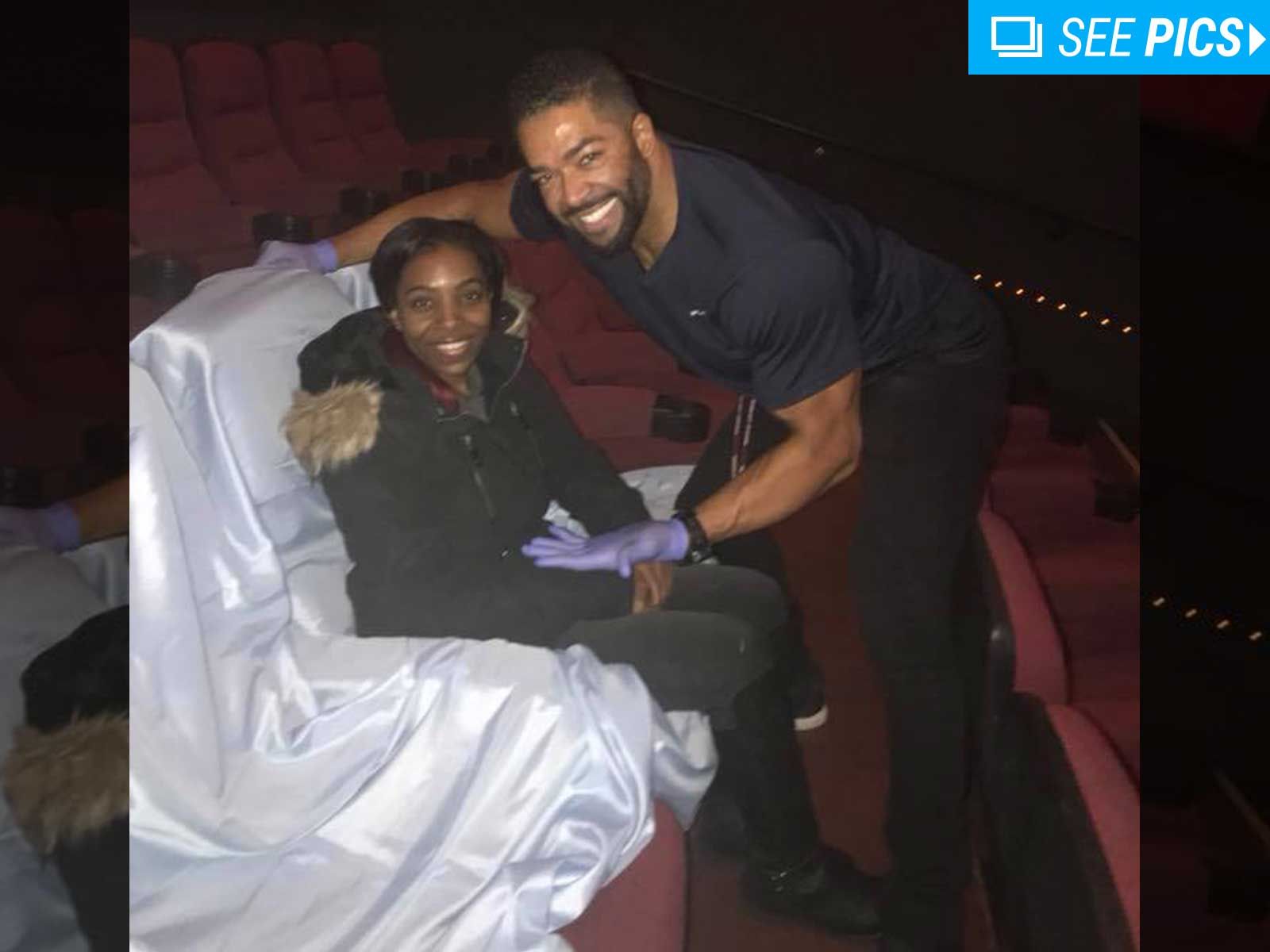 David Otunga, WWE star and Jennifer Hudson's fiancé, just won hardest working Uncle of the year after he not only rented out an entire movie theater, but then had it sanitized so his ill niece could get a private screening.

Otunga's 24-year-old niece Kylee has been battling a rare disease for the last five years that resulted in congestive heart failure. Kylee's been preparing for transplant surgery, but in the meantime doctor's cleared her to leave the hospital and return home, as long as the environment was kept sterile.

Otunga tells The Blast, "My niece is Halloween-obsessed and was upset she had to spend the season in the hospital, so I promised her I would take her to see 'Boo 2! A Madea Halloween' as soon as she was discharged."

The WWE wrestler-turned-commentator says he actually owes his whole career to Kylee, because in 2007, Kylee made a fake profile for him and secretly sent it to "I Love New York" casting directors who booked Otunga and set him on his path to stardom.

Kylee got out of the hospital over the weekend and the WWE star made good on his promise.

He says he gladly dropped thousands renting out a local Chicago movie theater for himself, Kylee and some family members to have a private screening of the Tyler Perry flick.

Otunga says he was nervous the entire time, but thankfully everything ran smoothly and Kylee "loved the movie," as well as all the jumbo pretzels, candy, and popcorn he bought her at the theater.