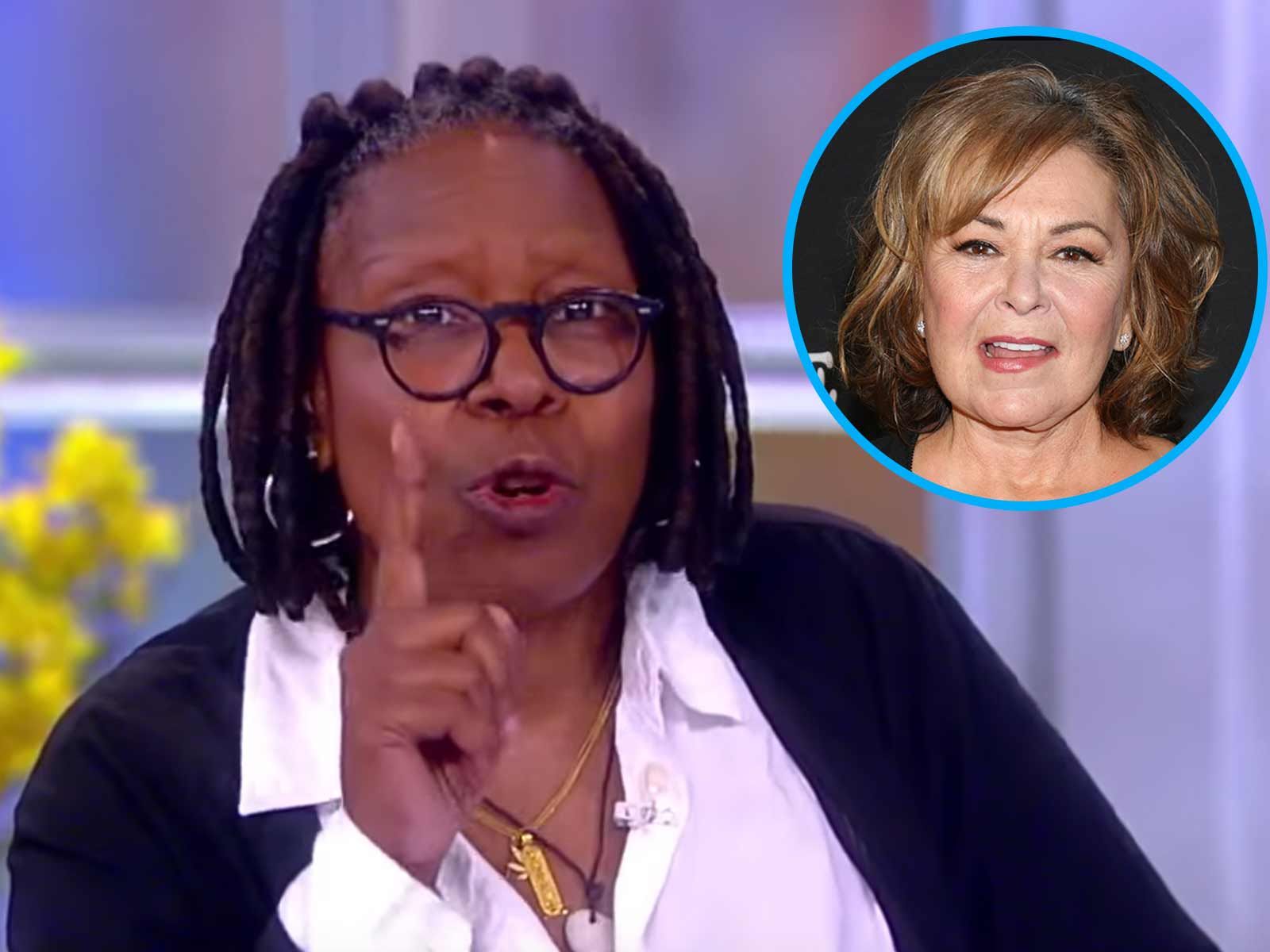 Whoopi Goldberg Slams Roseanne Barr: 'You Did This To Yourself'

Whoopi Goldberg is not happy that Roseanne Barr dragged her into the comedian's racist mess and has a clear warning for the former ABC star.

"Just because you were caught with your pants down, don't try to drag other people down with you," Goldberg said while filming "The View" on Wednesday. This comes one day after Barr's racist tweet about Valerie Jarrett, which ultimately lead to the network canceling the "Roseanne" reboot.

Late Tuesday night, Barr was tweeting up a storm and happened to retweet a photoshopped picture of Goldberg wearing a "horrific image" of Donald Trump with a gun to his head. In reality, "The View" co-host was wearing a women's rights shirt.

Goldberg was not having it.

"Bottom line is simply this: I didn't fake my shirt, someone else faked my shirt," she said, adding, "but that's your tweet, that tweet came from you. So that's yours, you did this to yourself."

She ends the rant by suggesting a book for Barr's next book club ... hint: it's reasons to delete your Twitter account.