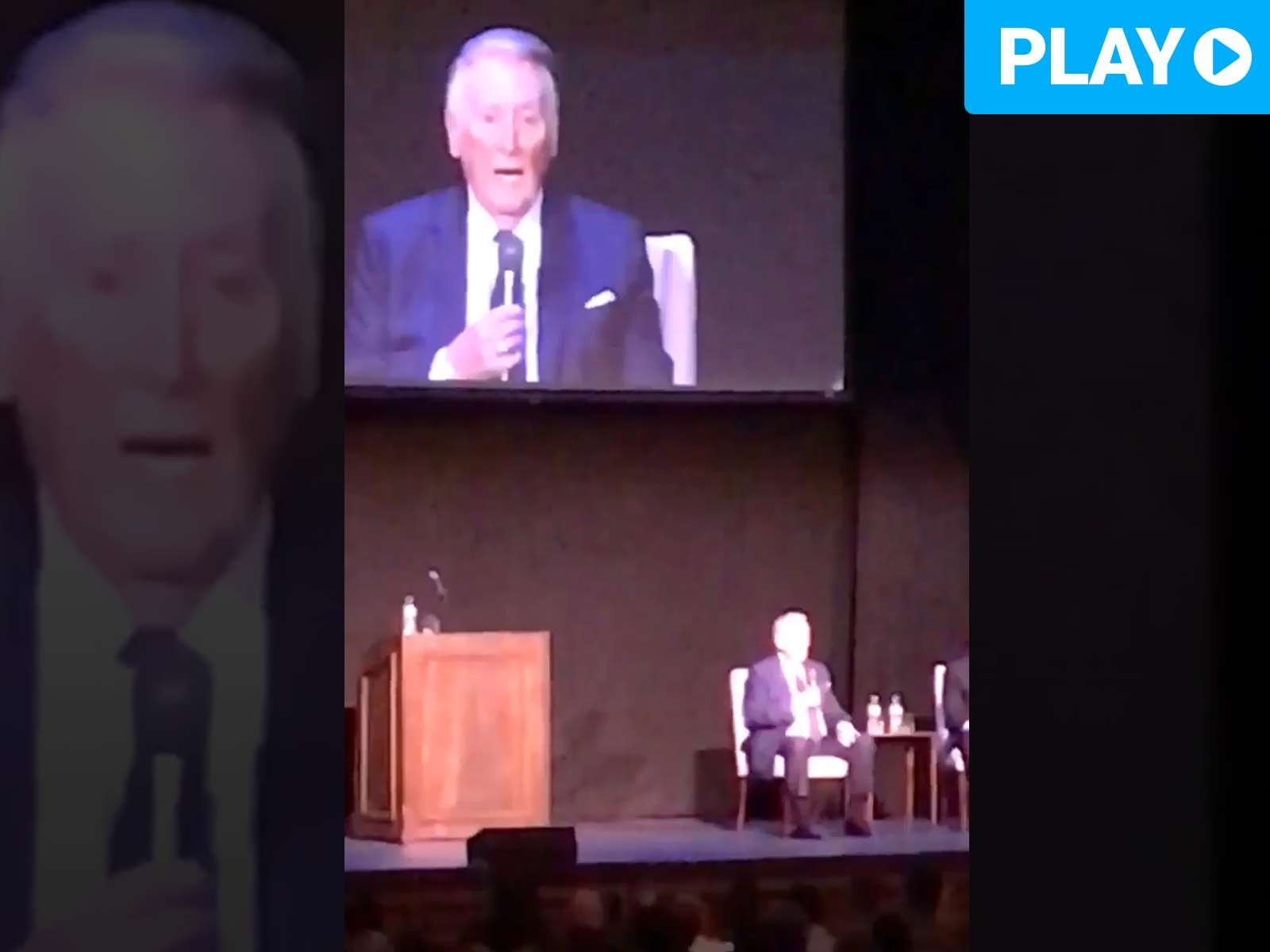 Vin Scully on National Anthem Protests: 'I Will Never Watch Another NFL Game'

Legendary Los Angeles Dodgers broadcaster Vin Scully is done with the NFL because of the national anthem protests.

Scully was asked his thoughts on the matter Saturday night in Pasadena, CA at an event called "An Evening with Vin Scully."

"It's not that I am some great patriot; I was in the Navy for a year, didn't go anywhere, didn't do anything," Scully said. "But I have overwhelming respect and admiration for anyone who puts on a uniform and goes to war. So the only thing I can do in my little way is not to preach, I will never watch another NFL game."

Scully was the voice of the Dodgers for 67 seasons before retiring in 2016. He also did the NFL for CBS from 1975-1982 and was the announcer for Dwight Clark's famous "The Catch" in the NFC Championship Game on January 10, 1982.