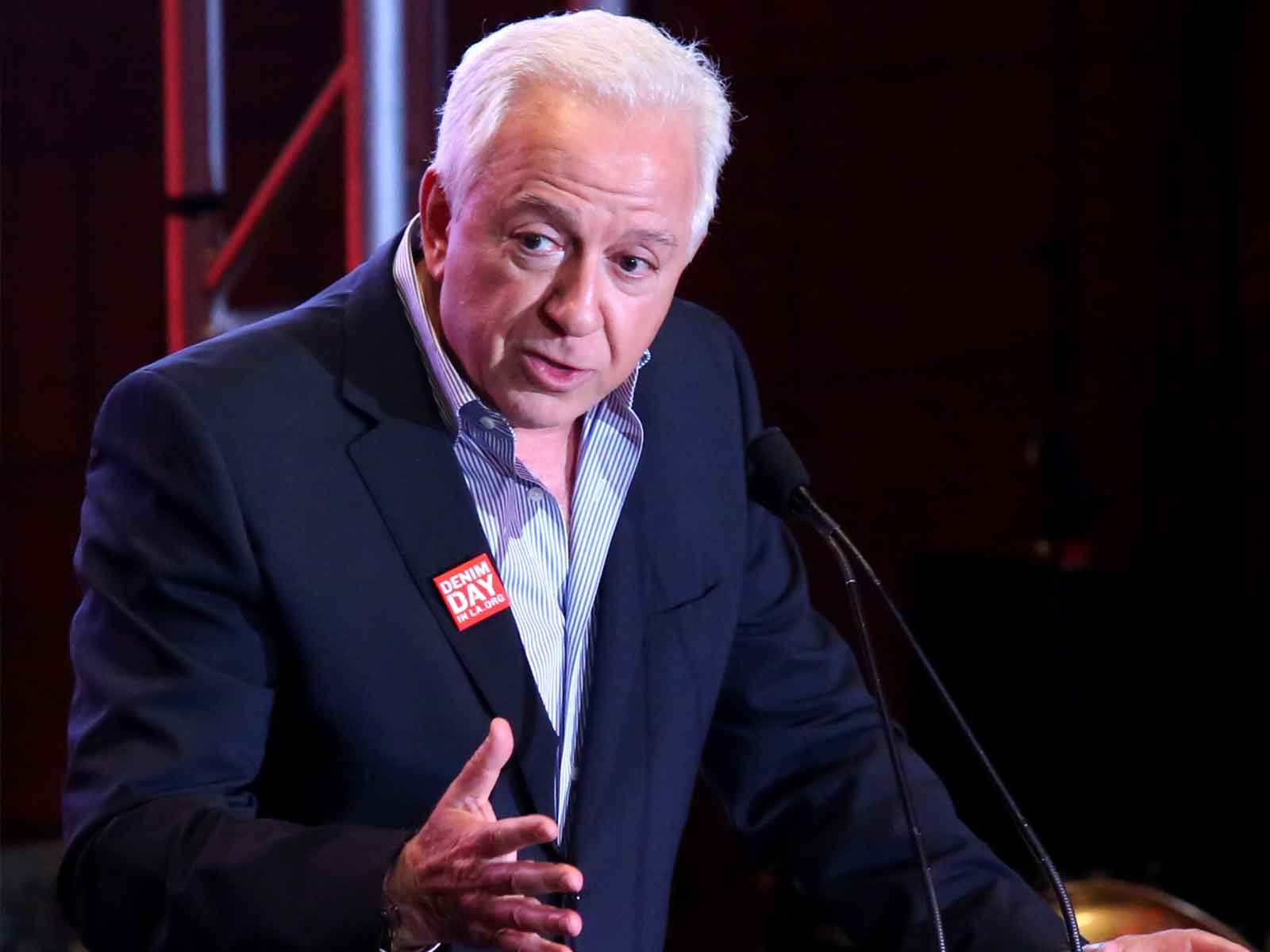 Two more women have come forward to share their stories of alleged sexual misconduct at the hands of Guess co-founder Paul Marciano. Both of the newly revealed accusers, whose stories share striking similarities, have also publicly voiced their support for Kate Upton.

Model Angie Christina tells The Blast in August of 2016, she was approached by Paul Marciano's friend, and father of former Guess models Gigi and Bella, Mohamed Hadid, while she dined with her boyfriend at Il Pastaio in Beverly Hills. Christina says Hadid walked up to her and said she "could be a Guess model and that he was friends with founder Paul Marciano."

She says Hadid told her to direct message Marciano on Instagram and that he would tell his friend to expect her message.

Christina said she messaged Marciano on Instagram, and the two soon exchanged phone numbers and set up a meeting for her at Guess HQ. Her longtime boyfriend dropped her off at the interview.

She says the meeting started with Marciano sitting around a stack of his Guess catalogs and touting his success, including speaking of Anna Nicole Smith and how he "made her career." Christina says Marciano commented that she reminded him of the late supermodel due to her voluptuous figure.

Marciano then allegedly asked Christina if her "breasts were real," and when she confirmed they were, she claims he just "reached out and squeezed them."

Christina tells us she was completely caught off guard, and unsure how to react. "I wondered if maybe all the girls in the industry go through this," she reflects.

After the alleged assault, Christina says a test shoot was set up for her but nothing serious ever came to fruition. When she reached out to Marciano to inquire about the professional relationship, she says he kept pressing to meet her outside of an office setting, which made her feel uncomfortable. She claims he wanted to meet up at night, but she refused.

The next time Christina was contacted, it was Mohamed Hadid reaching out to set up a face-to-face between all three of them. She declined.

Another woman, who has asked to remain anonymous and will be referred to as Jane Doe, claims Paul Marciano grabbed her breasts during a professional meeting to discuss a potential modeling job with Guess.

Jane tells The Blast she contacted Marciano through Instagram about the possibility of getting a job roughly two years ago and was shocked when the Guess co-founder responded. She says he told her he loved her look and, "he said I was the first girl he's seen in 20 years who reminded him of Anna Nicole Smith."

Throughout our extensive investigation into the multiple misconduct allegations made against Marciano, The Blast has been told by a handful of sources that he compared many of his alleged victims to the late Anna Nicole – who became a household name following her Guess ads in the 90s.

Jane says she sent Marciano her modeling photos and he quickly set up test shoots. The model claims Marciano made several attempts to "meet up privately" but says she refused, making it clear she was only interested in a professional relationship. Eventually, she agreed to meet Marciano for the first time while the two were in the same city.

"I met up with him and he gave me a signed photo book of Guess models," she says. "Then he asked me to show him what my body looks like in a normal T-shirt without a bra, which really isn’t strange at all -- it's a normal request so someone can see how the clothes fit a model."

She privately changed out of her bra, came back into the room and showed Marciano how the shirt fit. Jane claims once she put her bra back on, Marciano reached his hand out and squeezed her breast. "He asked me if my bra was padded as he grabbed my boob ... I was uncomfortable and immediately left."

Jane tells The Blast she had a third test shoot after the alleged groping incident, without Marciano present. Later, she politely inquired via message how many more test shoots there would be, since she hadn't been booked by Guess as of yet. She says "he responded by asking me for a topless selfie just for him."

The Blast obtained text messages sent from Marciano to Jane that read "Text me picture, just for me, no bra of course ... a topless selfie at your home or bathroom."

Jane tells us that was her final interaction with Marciano, she decided at that moment she did not want to work with "someone like that."

After Kate Upton came forward and accused Marciano of sexual misconduct, both Christina, Jane and roughly TWENTY others have publicly commented in support of the supermodel. These individuals have spoken out on Instagram, Twitter and Facebook and allege they or someone they know has suffered at Marciano's hands.

As we previously reported, at least three other women, have accused Paul Marciano of sexual misconduct and assault. Each of the women, including Upton, accuse the Guess mogul of using his high position in the fashion world to take advantage of women.