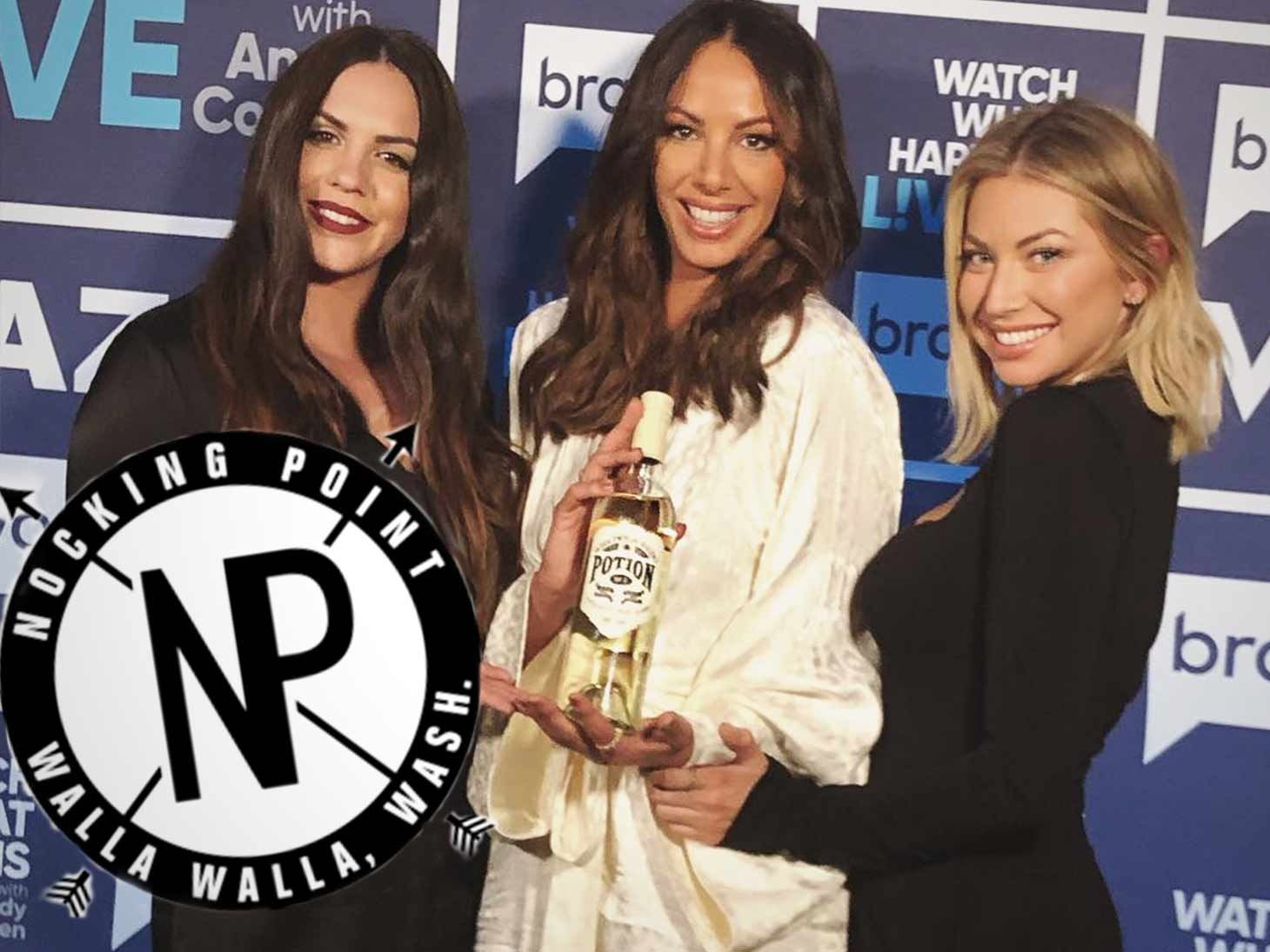 Nocking Point co-founder Andrew Harding tells The Blast the company is pumped for the collaboration with Stassi Schroeder, Katie Maloney and Kristen Doute. He says they are producing 700 cases — a significant more amount than usual — because they are confident it will disappear once the Pinot Grigio becomes available in two weeks.

The wine company regularly teams up with celebrities for partnerships. In the past, they've sold over 100 cases of other celebrity wines (like Pacific Coast Pink from Emily Bett) in an hour or two via the website.

News that the trio was gearing up to sell their own wine made headlines after the girls began showing off the bottles on social this week, even bringing it to their appearance on Bravo's "Watch What Happens Live."

We're told that Stassi, Katie and Kristen were 100% hands-on with production and directed everything from the design and label to the style and name of the wine.

The bottle holds true to the "Vanderpump" trio — it reads "Witches of Weho" — their nickname for themselves — and even includes Stassi's famous remark to Scheana, "I don't know what I did to you, but I'll take a Pinot Grigio," on the back of the bottle.

"They had a strong vision for the final product and packaging before we even started, so bringing it to life was really fun and quite simple," Andrew says, adding the collaboration was a no-brainer.

"When we had the chance to work with Stassi, Katie, and Kristen — who all love wine, always have it with them on the show, and who I could instantly tell had an authentic desire to create their own — we were in," Andrew said. "They easily checked all of those boxes, plus they’re fun to work with!"

Get it while you can, witches!