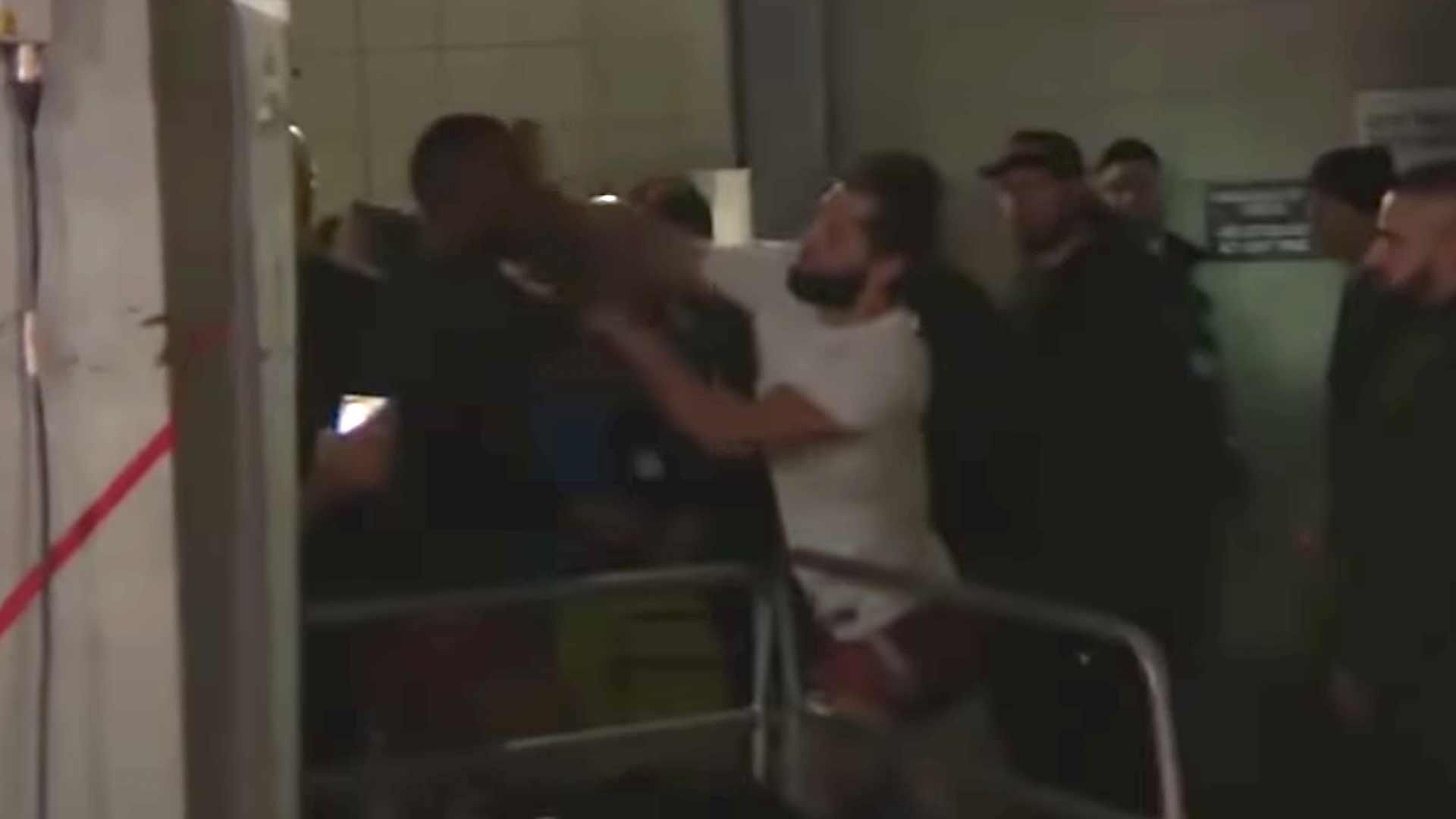 UFC fighter Jorge Masvidal knocked out Darren Till in the main event Saturday night and then he tried to do the same backstage to Leon Edwards, leaving the guy with a gash under his left eye.

Masvidal was giving an interview with ESPN after his fight at the O2 Arena in London when Edwards came walking by. He clearly said something Masvidal did not appreciate, so he cut off his interview and followed Edwards down the hallway.

Words were exchanged and Masvidal landed a few shots before the two fighters were separated.

"I had my hands back to signal I'm not coming here with problems," Masvidal explained afterward. "But he put his hands up — it's on video — and walks towards me. Well, where I'm from, you do that, you're going to punch me in the face. And that's not going to happen."

Edwards' team said later that he was fine and did not plan to press charges.

UFC president Dana White said of the incident, "I can't even believe that this happened. We need to do a much better job of making sure this s--- doesn't happened at any of our events."