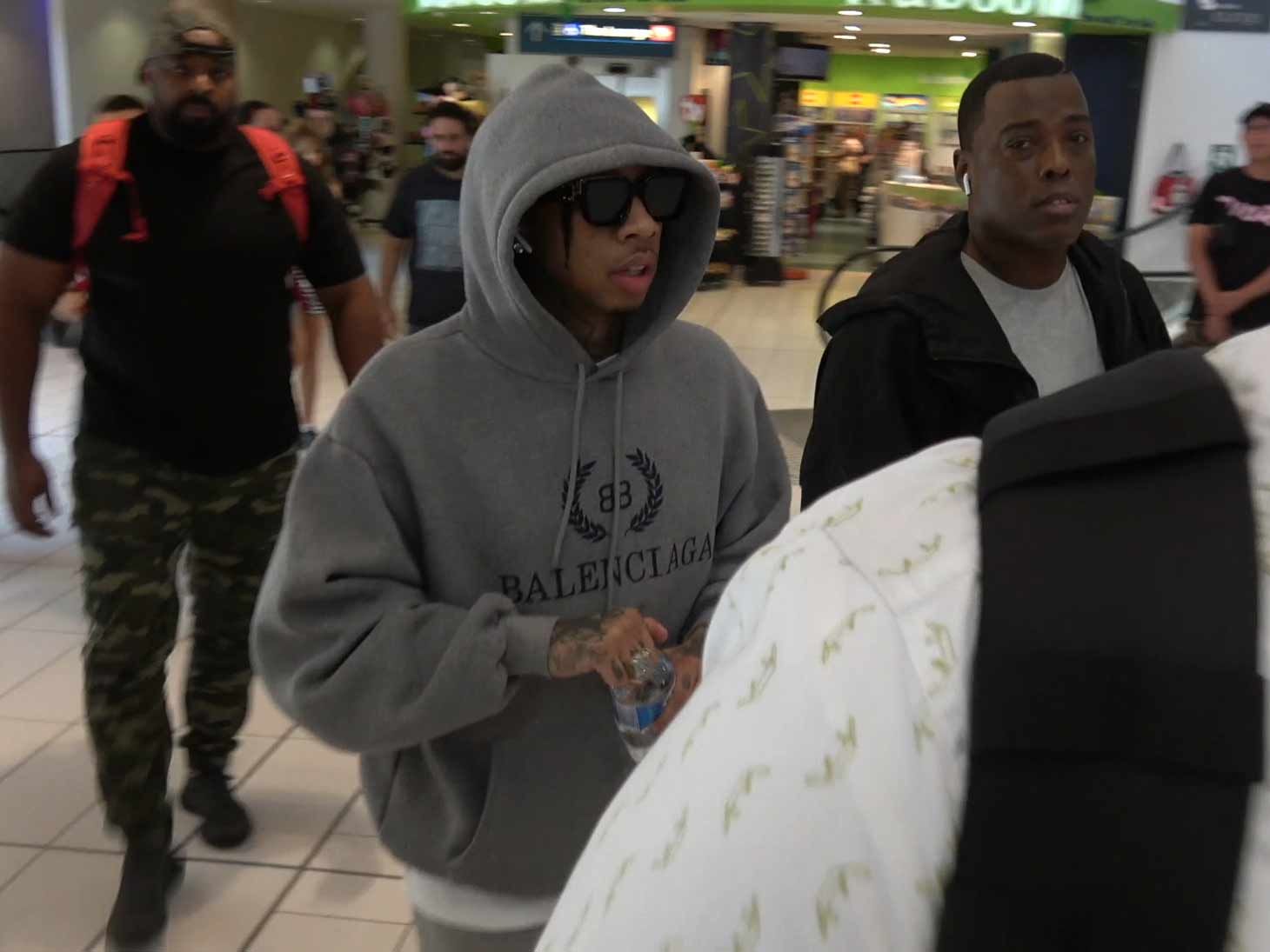 Tyga may have a fresh connection back into the Kardashian family, but he's playing his cards close to the vest.

The rumors are swirling that the "Rack City" rapper is hooking up with Australian fitness model, Tammy Hembrow. There were reports the two hooked up when her performed at the Rolling Loud Festival went through Sydney, and Hembrow was also seen attending his show the following night in Brisbane.

Hembrow has been friends with the Kardashians for quite some time, and was famously transported out of Kylie Jenner's 21st birthday party on a stretcher after partying too hard.

Tyga hooking up with Hembrow would be a good way for him to get back in close with Kim, Khloé and Kourtney, however some Kardashian Konspiracy theorists believe Hembrow may have been tapped "Godfather" style to act as a double agent and keep an eye on Kylie Jenner's ex-boo.

Maybe Kris Jenner made Hembrow an offer she couldn't refuse.