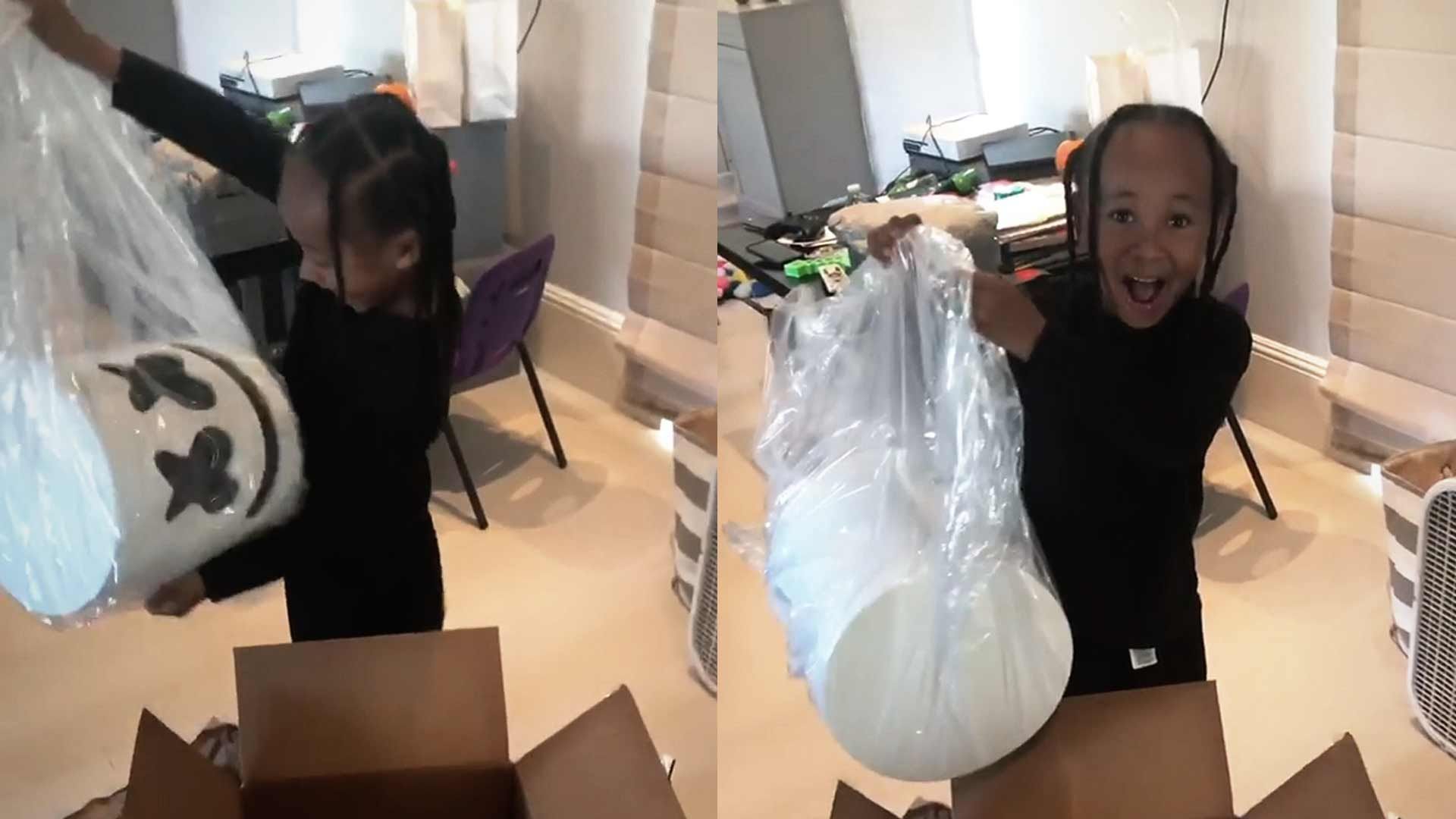 Tyga's son with Blac Chyna is learning hard work pays off because he was just gifted a replica of Marshmello's famous head from the EDM producer himself after getting Student of the Week at school.

King Cairo, who's 6, seemed shocked but excited to uncover a gift with a handwritten note from the "Hope" producer.

Tyga was there to document the whole thing, which he shared on IG. King is the cutest as he learns Marshmello's gift came after the producer learned how good he was doing in school, even getting awarded for the Student of the Week.

Marshmello has gifted a few lucky kids copies of his famous mask, like rapper Xzibit, who revealed his son got one from the producer just in time for Halloween.