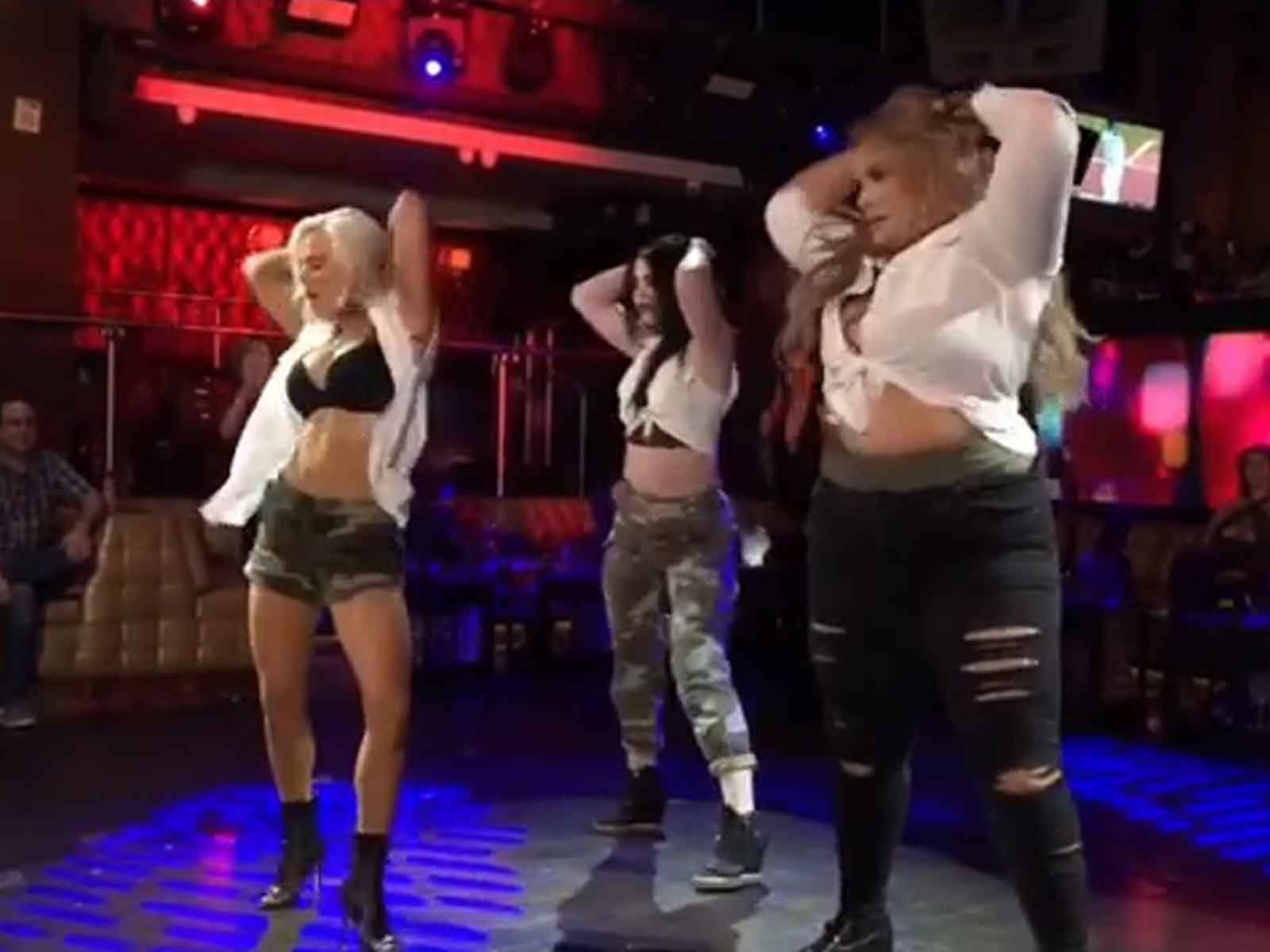 The ladies of "Total Divas" danced their spandex pants off at a strip club on Thursday night.

Nikki and Brie Bella, Lana, Paige, Nia Jax and Nattie are in Miami filming for the reality show's upcoming season and the cast hit up E11even, a popular, upscale Miami nightclub/strip club hybrid, to film a choreographed dance competition.

The cast had professionals on standby, training all day alongside Sharna Burgess from "Dancing With The Stars" and choreographer Brinn Nicole, and luckily paid off big time on the dance floor.

The Bella twins and Nattie took on Paige, Nia and Lana. They gave each other a run for their money but, in the end, Team Nia popped, locked and dropped it better than the competition and took home the gold.

Safe to say Nattie and the Bellas didn't take their loss too hard, seeing as how the team was in full-on Brie Mode all night long.

As for Lana, she's been in Brie Mode all week: