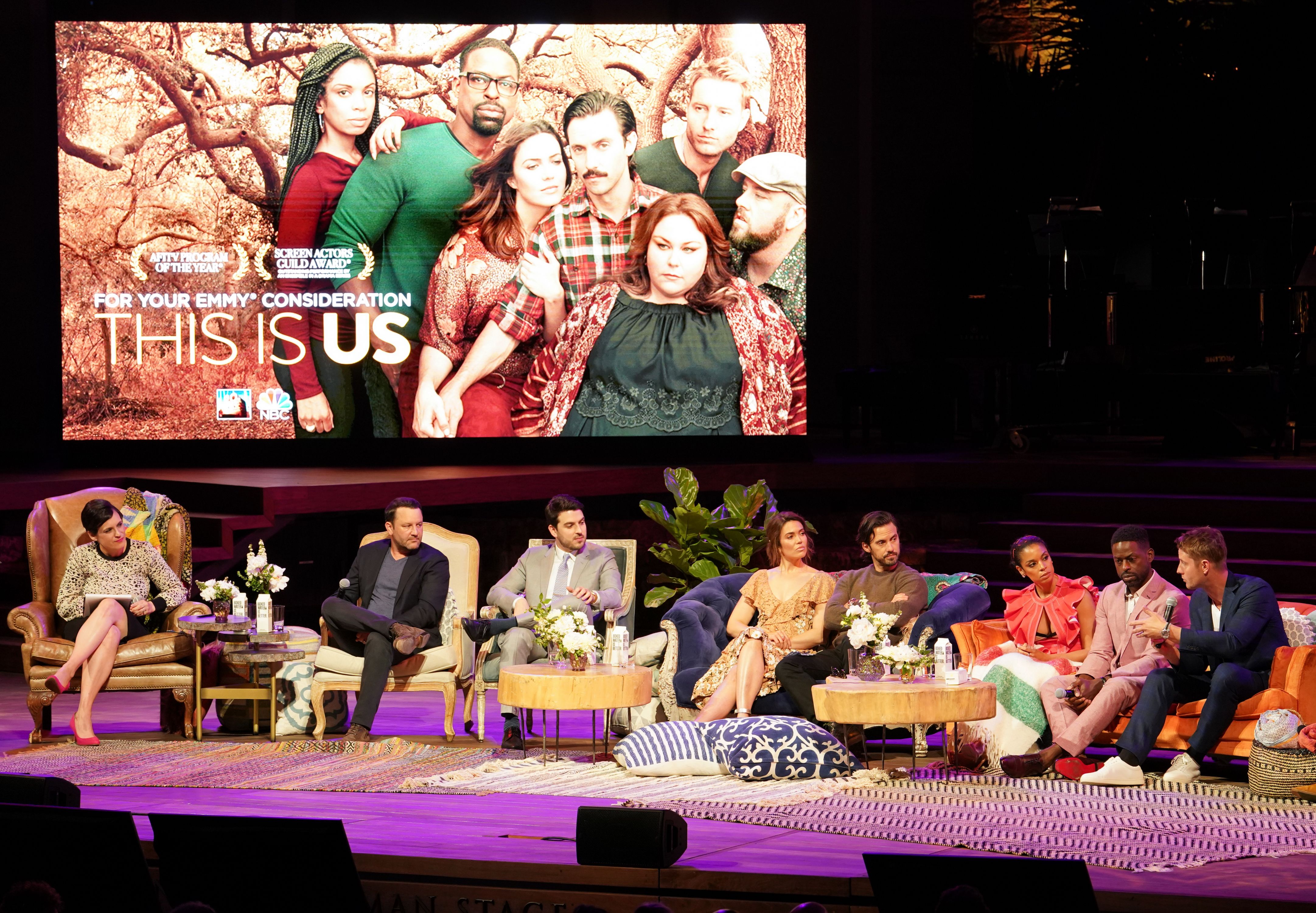 Will the Pearson's Pull Together on 'This is Us?'

It's hard to believe we've already seen eight episodes of this, the fourth season of "This is Us," but that is in fact what happened last night. At last, we've seen some changes in the family dynamic that has seen this season push the Pearson "Big Three" as far apart as we've ever seen them. With Randall in Philadelphia, Kevin in a trailer, and Kate on the west coast, the siblings have yet to come together as they've done in previous seasons. Last night, however, seems to have finally set up the family reunion we've been waiting for since the fourth season began.

Mandy Moore's character, and matriarch, Rebecca finally flew east to see her son Randall. Thanksgiving is coming (we see you midseason finale) and that means, finally, the Pearson's are descending on the same location. Rebecca is first, but she will certainly not be the last. As we learned last night Kevin is coming to celebrate the holiday as well, and he is bringing Uncle Nicky as his plus one. The more the merrier, right? Well, at least in Pearson land, more certainly means more dramatic.

While there's enough to be getting on with if we only included the family's long separation and the appearance once again of a long lost and alcoholic uncle, let us add to the mixture the real drama of last night's episode eight. Is the fact that Deja wants to invite her biological mother to Thanksgiving the most dramatic moment we have to look forward to when it comes to Turkey day? It is not. As always, the most intense drama remains in the Pearson family itself, as Mandy Moore's, Rebecca seems to be struggling with some memory issues, and Randall has taken notice. The episodes also highlights why Randall would be the one to notice changes first, having begun to keep an eye on his mother while he was still in college. Rebecca does not only lose her phone this episode but uses said phone as a sort of memory crutch, taking pictures of absolutely everything she sees, furniture and wall artwork included. Could this be the connection fans have long been waiting for to the show's other 'future' storyline? Could it pull the pieces together and explain why, last season, we learned that in the future Rebecca doesn't recognize Randall? We will have to wait for the midseason finale to know for sure.