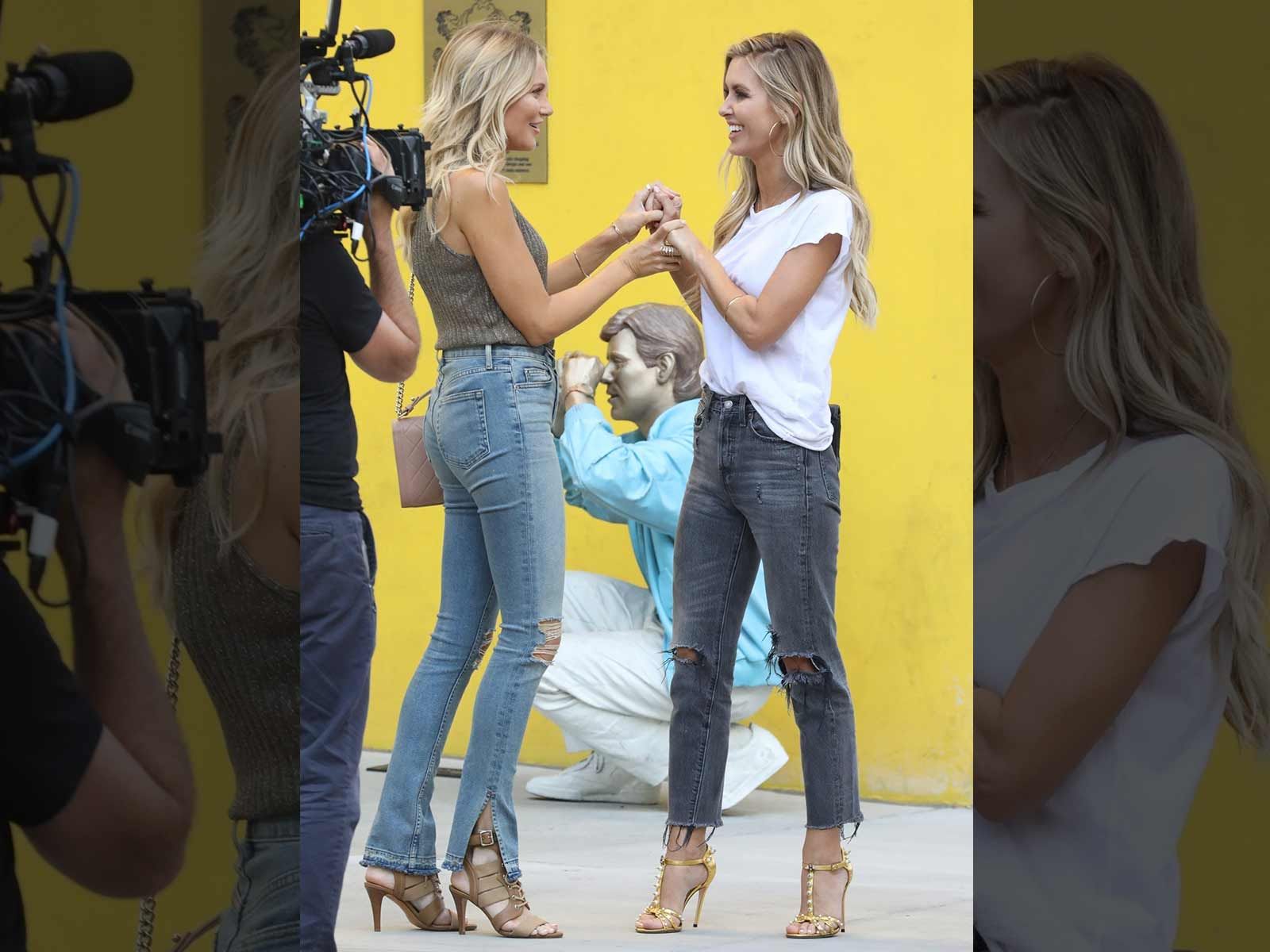 One week after MTV announced "The Hills" reboot, two of the shows stars were already spotted back in action!

Audrina Patridge and Stephanie Pratt were seen with a camera crew Tuesday on the streets of Beverly Hills. Greeting each other with an air kiss, the duo were all smiles as they held hands and began filming scenes. Both blondes kept it cute and casual wearing distressed jeans and heels.

Audrina's had a lot on her mind lately and it's unclear how her personal life will play out in the show, especially with estranged husband Corey Bohan.

As The Blast reported, she's been at odds with Bohan for some time including stalking accusations and a drawn-out custody battle.

Most recently, Corey went on a social media rant where he made it clear that he doesn't want their two-year-old daughter "to be shown & exploited on Reality TV.”

MTV announced "The Hills" revival during the VMAs last week.

Unfortunately, Kristen Cavallari will not be involved to deliver more golden moments, because of her other reality show with husband Jay Cutler.