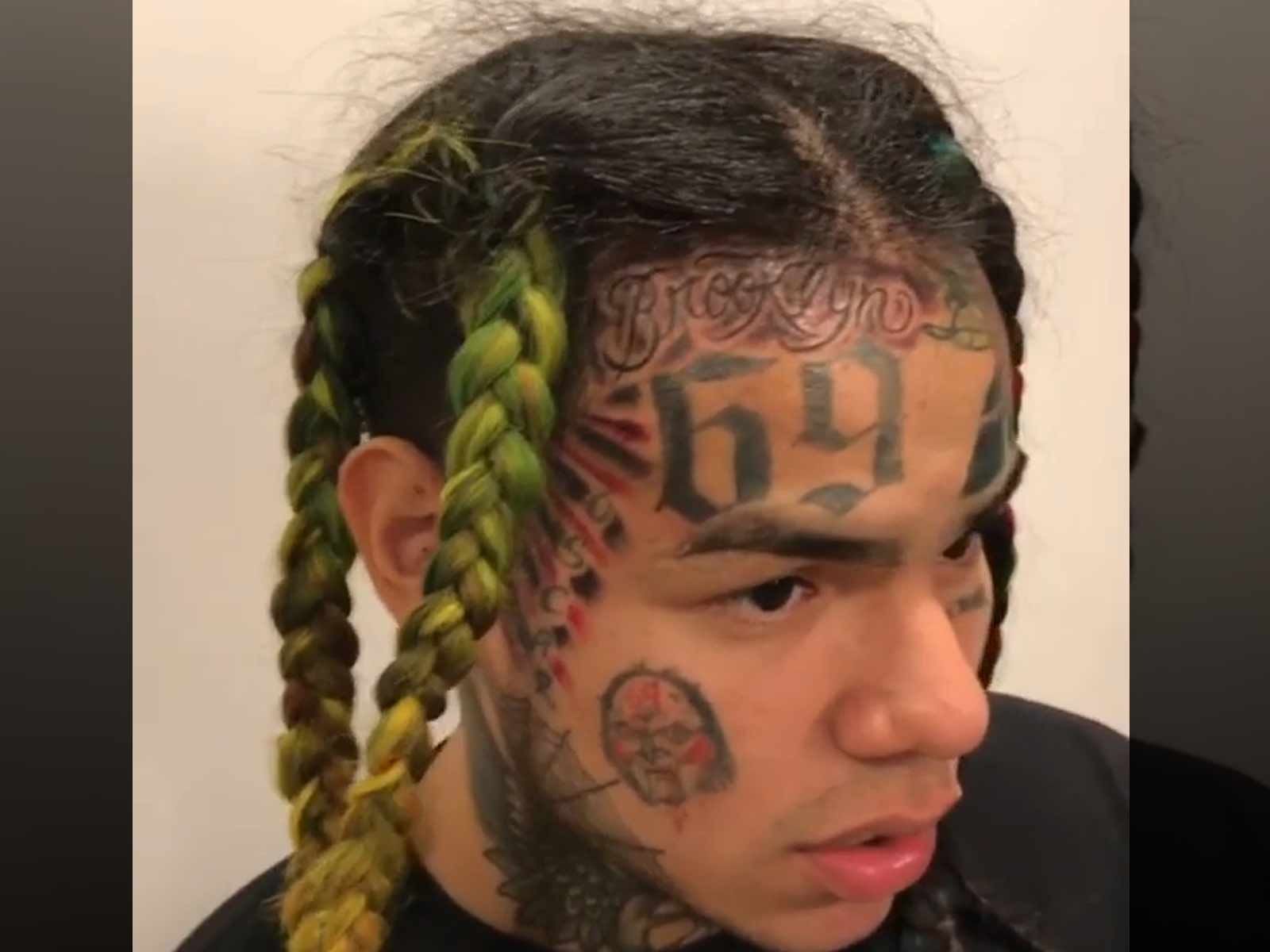 Tekashi69 claims he's all about the East Coast, but now he'll have a little bit of the West with him wherever he goes.

The rainbow-haired kid just got some fresh ink on his mug, courtesy of artist Herchell from Pachuco Tattoo Shop in Orange, CA.

Herchell, who has become a staple in the tattoo community after working with several high-profile clients, like Los Angeles Lakers stars Lonzo Ball and Kyle Kuzma.

We're told 6ix9ine got 3 new tats, including a cover-up on a small "69" he had above his left eye. Don't worry, his trademark "69" above his right eye is still in place.

Among the new designs, he had some flower work done, as well as "Brooklyn" scrawled across his forehead. Interesting enough, the rapper still has an open criminal case in Brooklyn, but that probably was not the source of his inspiration.

Herchell says he actually traveled out to Los Angeles to ink Tekashi and the rapper was "Super chill" during the hour and a half session. He also told a story about how he got the job, which is cool in itself.

We're told Herchell sent the rapper a mannequin hand that he had tatted as proof that he's legit, and shortly after Tekashi received the sample he scheduled the date.