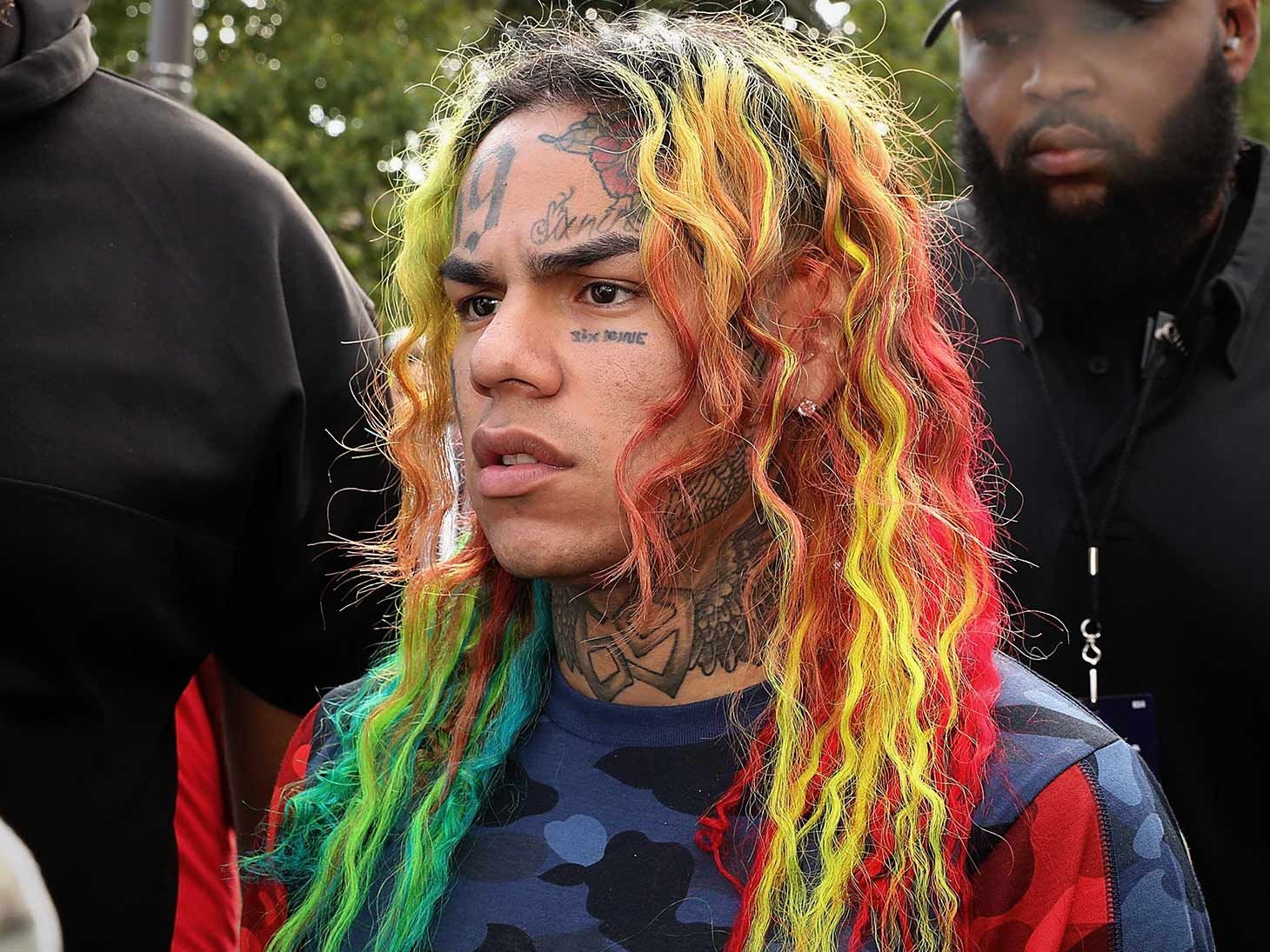 Tekashi 6ix9ine May Serve Way Less Than 47 Years, But He Won't Walk Free

A missing word in a recently released transcript of Tekashi 6ix9ine's plea hearing has fans (and even his baby mama) believing the rapper could be released in no time — but unfortunately, that is just not the case.

A transcript of Tekashi's plea hearing was released this week, and according to the document, his obligations under the agreement says if Tekashi abides by the deal, the U.S. Attorney's Office "agrees not to prosecute the defendant for the crimes set forth in Counts One through Nine of the Superseding Information as well as additional crimes that the defendant has told the government about."

Anyone reading that passage might believe Tekashi will not be prosecuted at all, and his charges dropped, allowing him to be released once the other defendants are tried and convicted.

Tekashi 6ix9ine's ex-girlfriend/baby mama, Sara Molina did an interview with Vlad TV on Friday where she read part of the document that has been making the rounds. Even in that instance, she is upset by the notion he may walk.

But according to our sources, that passage is missing a very important word — further — as in, the document should have stated that the U.S. Attorney's Office "agrees not to prosecute the defendant further [emphasis added] for the crimes set forth in Counts One through Nine of the Superseding Information as well as additional crimes that the defendant has told the government about."

It's also been reported that Tekashi faces a minimum of 47 years based on the conviction and his cooperation. We're told if it is determined he cooperated fully, a portion of his agreement states, "[T]he government agrees that it will file at the time of sentencing a motion pursuant to 5K1.1 of the Sentencing Guidelines and further move pursuant to 3553(e) for a sentence below any mandatory minimum. However, if it is determined that the defendant has not fully cooperated, if the defendant has lied, or if he has committed any additional crimes, that the government may not move under 5K1.1 and 3553(e), and that if the government does not move, the defendant is still -- he cannot withdraw his guilty plea."

We're told Tekashi is banking on this coming to fruition and he felt striking a deal was his only choice given the high conviction rate and the fact he was facing a life sentence.

Tekashi 6ix9ine's sentence can be reduced far below the 47 years, but that all depends on how much he will cooperate and how good that letter prosecutors write to the judge really is. The judge has the authority, in that case, to give him a much lighter sentence.

As the old saying goes, "The one who goes first, often gets the best deal."