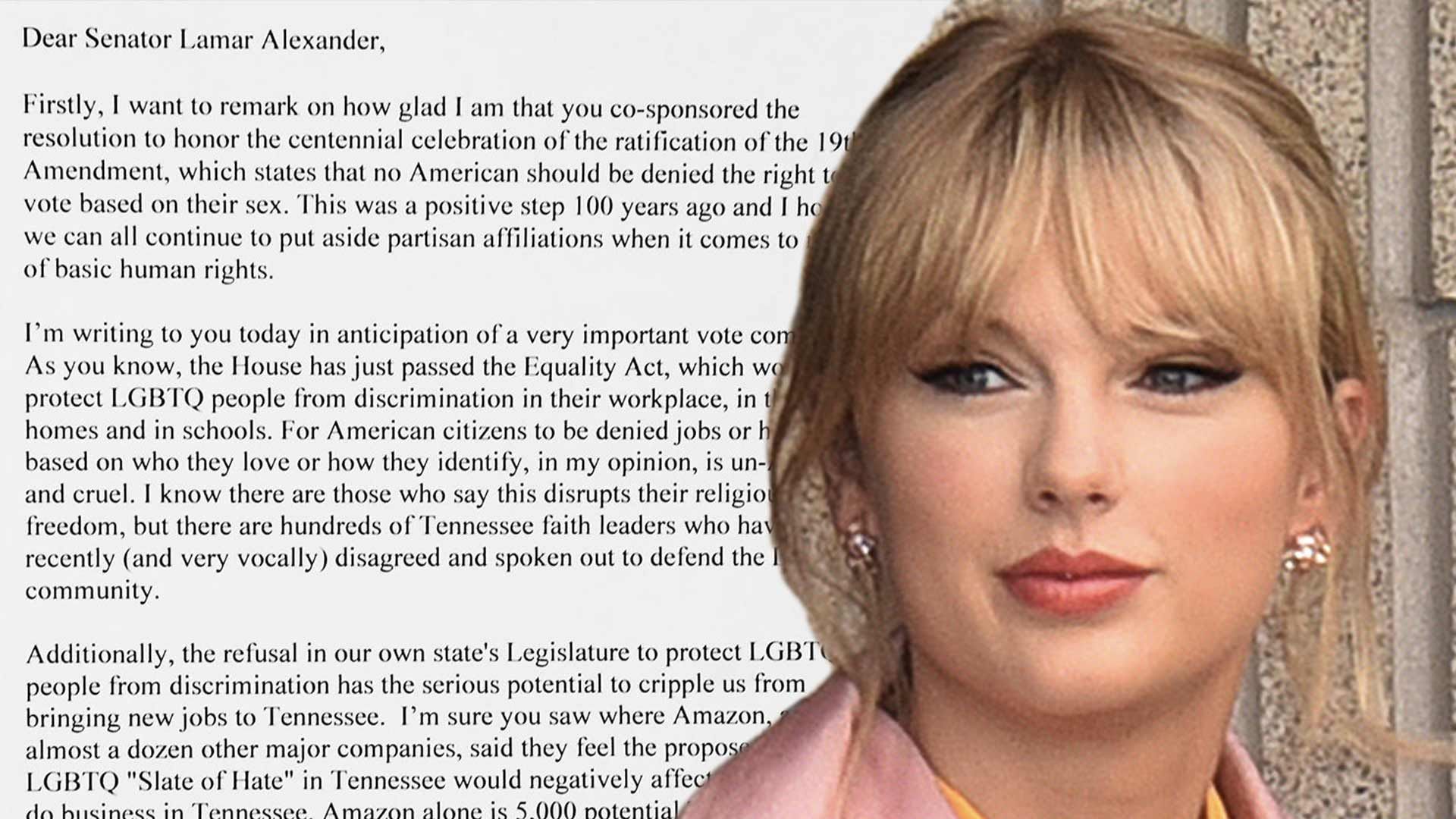 Taylor Swift is kicking off Pride Month by urging voters to contact their senators and ask them to support the Equality Act, and she's already written her own letter to Tennessee Republican senator Lamar Alexander.

The "ME!" singer shared her open letter on Friday evening, asking Alexander to vote for the act which will protect the LGBTQ community from discrimination in the workplace, homes, schools, and other public accommodations.

Praising the TN senator for co-sponsoring the resolution to honor the centennial celebration of the 19th Amendment -- which gave women the right to vote -- she begins her plea, writing, "For American citizens to be denied jobs and housing based on who they love or how they identify, in my opinion, is un-American and cruel."

She adds that, while some say this "disrupts" their religion, there are "hundreds of Tennessee faith leaders who have recently (and very vocally) disagreed and spoken out to defend the LGBTQ community."

Swift warns Alexander that by not supporting the Equality Act, he could be putting several hundred people's jobs in Tennessee at risk.

The singer believes refusing to support the effort could have serious potential to "cripple us," pointing out big businesses like Amazon, who calls the proposed anti-LGBTQ "Hate of Slate," would "negatively affect their ability do business in Tennessee."

Swift then goes in on Trump's administration by saying, "I personally reject the President's stance that his administration, 'supports equal treatment of all,'" adding that "One cannot take the position that one supports a community, while condemning it in the next breath as going against 'conscience' or 'parental rights.'"

Ending her letter, Swift pleads, "Please, please think about the lives you could change for the better if you were able to vote to support the Equality Act in the Senate and prohibit this harsh and unfair discrimination."

She's challenging everyone to write their own letters and hashtag #lettertomysenator promising to read as many as possible.

Swift's not just starting a movement on social media, she's putting her money where her mouth is. On Friday, GLAAD thanked her for a "generous donation" she made to the organization.