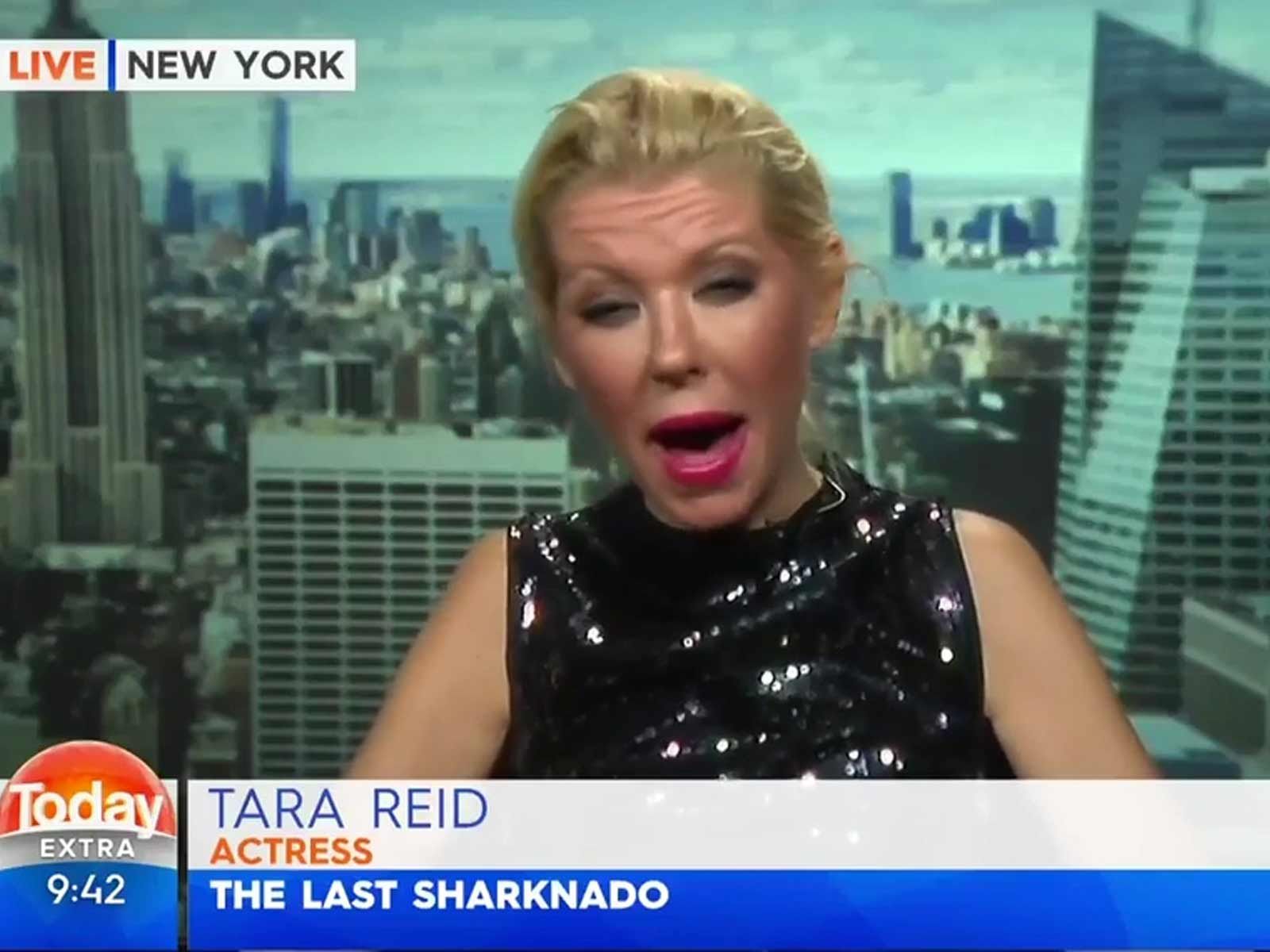 Tara Reid interviews are just as big of a mess as the plot of a "Sharknado" movie.

The actress did an interview with Channel Nine's "Today Extra" in Sydney (she was in New York) where her slurred speech and squinted expression made the whole thing a sight to behold.

Reid described the new "Sharknado" film, which premieres on Sunday night, as "so ridiculous, it's so bad that it's good."

Sounds like the perfect way to describe this interview.

The new "Sharknado" film brings back Reid, Ian Ziering and Cassandra Scerbo and also features the return of Vivica A. Fox.

"The Last Sharknado: It's About Time" premieres Sunday night at 7:00 PM on Syfy.