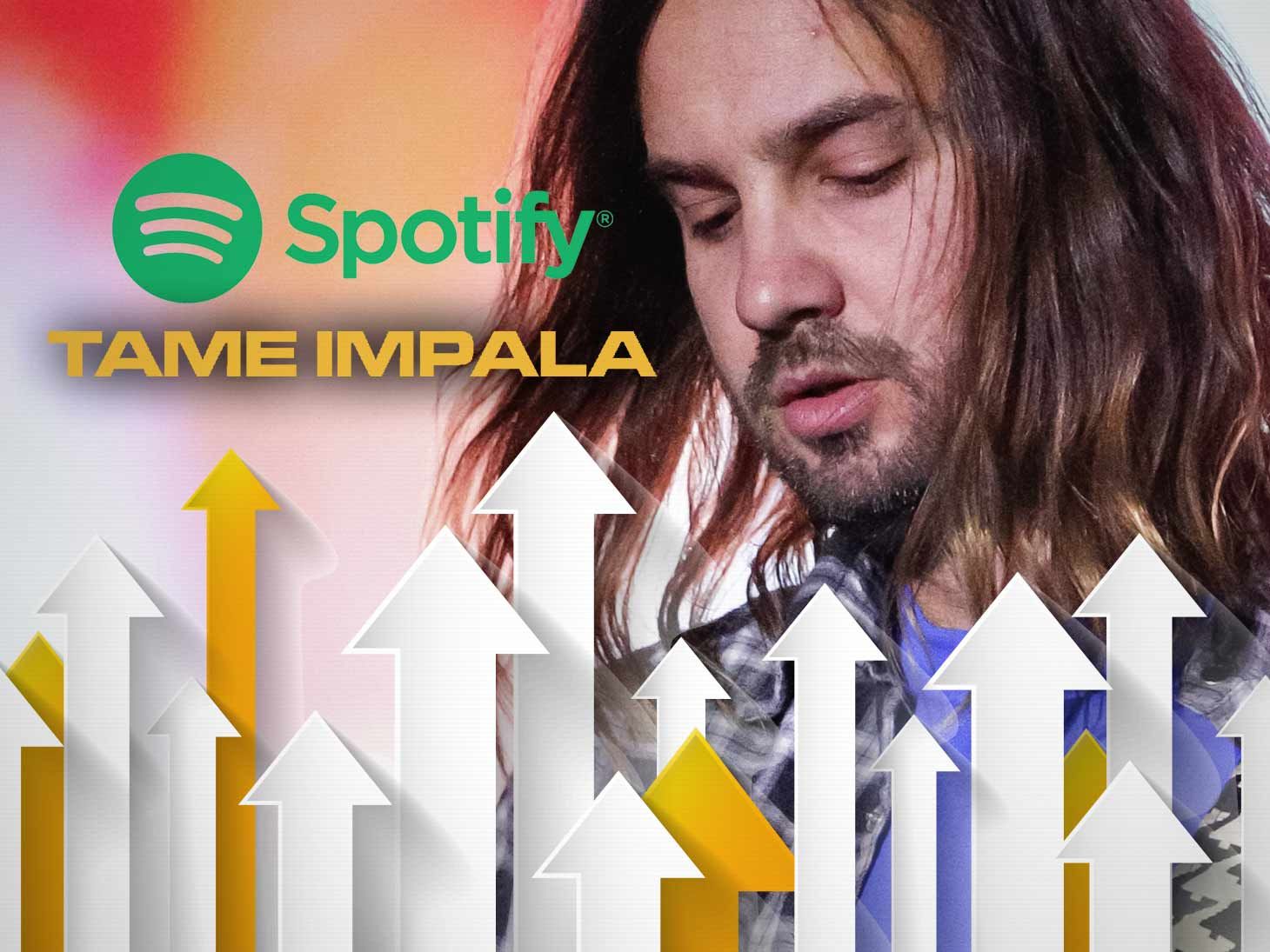 Tame Impala is seeing the fast rewards from being a Coachella headliner after their music streams increased over 50% since the lineup announcement.

We spoke with a rep from Spotify, who says the double digit climb is consistently up since Wednesday's big reveal and is only expected to continue.

The psychedelic rock band was founded by Kevin Parker, who writes, records, performs and produces the music. While Parker really is the ultimate one man band, during tour he's accompanied by four other rock members.

Their third and most recent record, “Currents,” came out in 2015 and fans are expecting new music stat ... especially since Parker shared his goal of releasing a new album by summer 2019.

In an interview last year, he also said he's not a fan of debuting new music live, so it will most likely drop before their festival debut in April. The frontman was actually forced to evacuate a Malibu home, where he was recording the new album, in November during the Woolsey Fire. He made it out with only his laptop and guitar.

Tame Impala’s presence raised a few eyebrows when the lineup was released, but in reality the band is a natural fit for the Coachella crowd. They've become festival veterans, recently headlining Panorama, Desert Daze, and Pitchfork. They're also known for being an old-school rock band with a spectacular laser/light show which will translate perfect on the desert main stage.

Parker's also been producing for the biggest names in the music industry. Most recently, playing drums on Kanye West's "Violent Crimes" and co-writing “Skeletons" on Travis Scott’s "Astroworld." He’s also collaborated with Lady Gaga, Mark Ronson and SZA. Rihanna even covered their track “New Person, Same Old Mistakes” on her “Anti” album in 2016. In a recent interview with Billboard, Parker also hinted at a possible collaboration with Kendrick Lamar, who coincidentally headlined the festival last spring.

The announcement of adding Tame Impala to the roster is only the 2nd time in Coachella’s 20-year history that an Australian band has headlined. The first was in 2015, when Australian rockers AC/DC headlined alongside Drake and Jack White.

The annual Coachella festival takes place in Indio, CA on April 12-14 and then returns for the sequel on April 19-21.