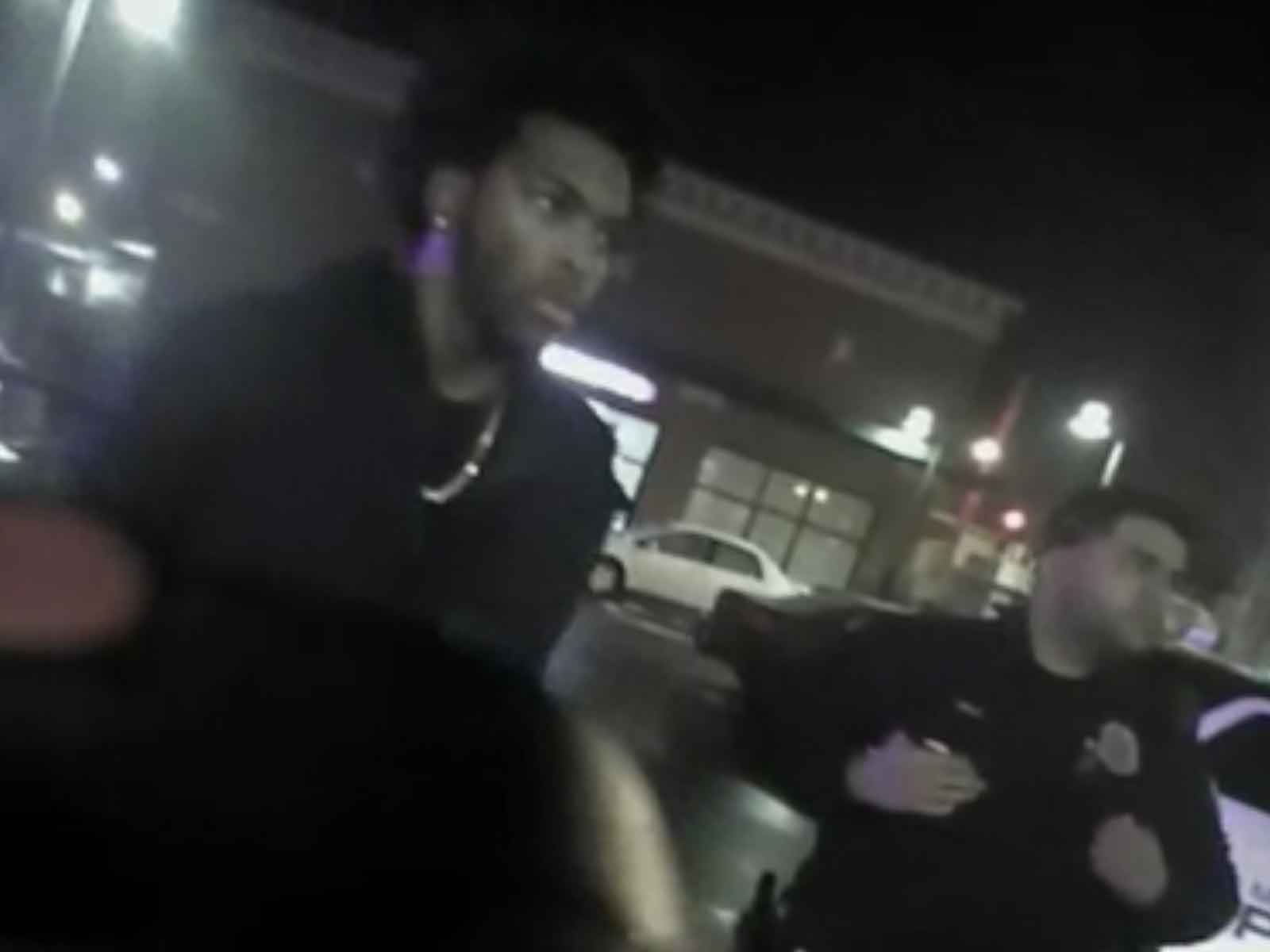 The Milwaukee Police Department has released the footage of the arrest of NBA player Sterling Brown, which shows him getting tased and taken to the ground by cops during a January 26 arrest.

In the video — which we've embedded above at the moment when things get physical — Brown is standing with his hands in his pockets when an officer shouts at him to show his hands.

"I got stuff in my hands," Brown answers, before a slew of officers swoop in and take him to the ground.

After seeing the video, Milwaukee Mayor Tom Barrett told the Milwaukee Journal Sentinel, “It was a disturbing video when I saw it, and I know that the police chief feels the same way. And I don’t know exactly what actions [the police] department is going to take, but it is disconcerting to see some of the actions in that video.”

Brown was briefly jailed following the incident but was never charged with a crime.

After the release of the video, Brown posted a lengthy statement on Twitter. He has said he plans on suing over the incident.

The abuse and intimidation that Sterling experienced at the hands of Milwaukee Police was shameful and inexcusable. Sterling has our full support as he shares his story and takes action to provide accountability.

Unfortunately, this isn't an isolated case. It shouldn’t require an incident involving a professional athlete to draw attention to the fact that vulnerable people in our communities have experienced similar, and even worse, treatment.

We are grateful for the service of many good police officers that courageously protect us, our fans and our city, but racial biases and abuses of power must not be ignored.

There needs to be more accountability.

The Milwaukee Police Department and local officials have acknowledged the challenges they are working to address, and we urge them to enact higher standards and more direct accountability. We all want to be able to trust each and every officer serving to protect us.

Incidents like this remind us of the injustices that persist. As an organization, we will support Sterling and build on our work with local leaders and organizations to foster safe neighborhoods and better our community.