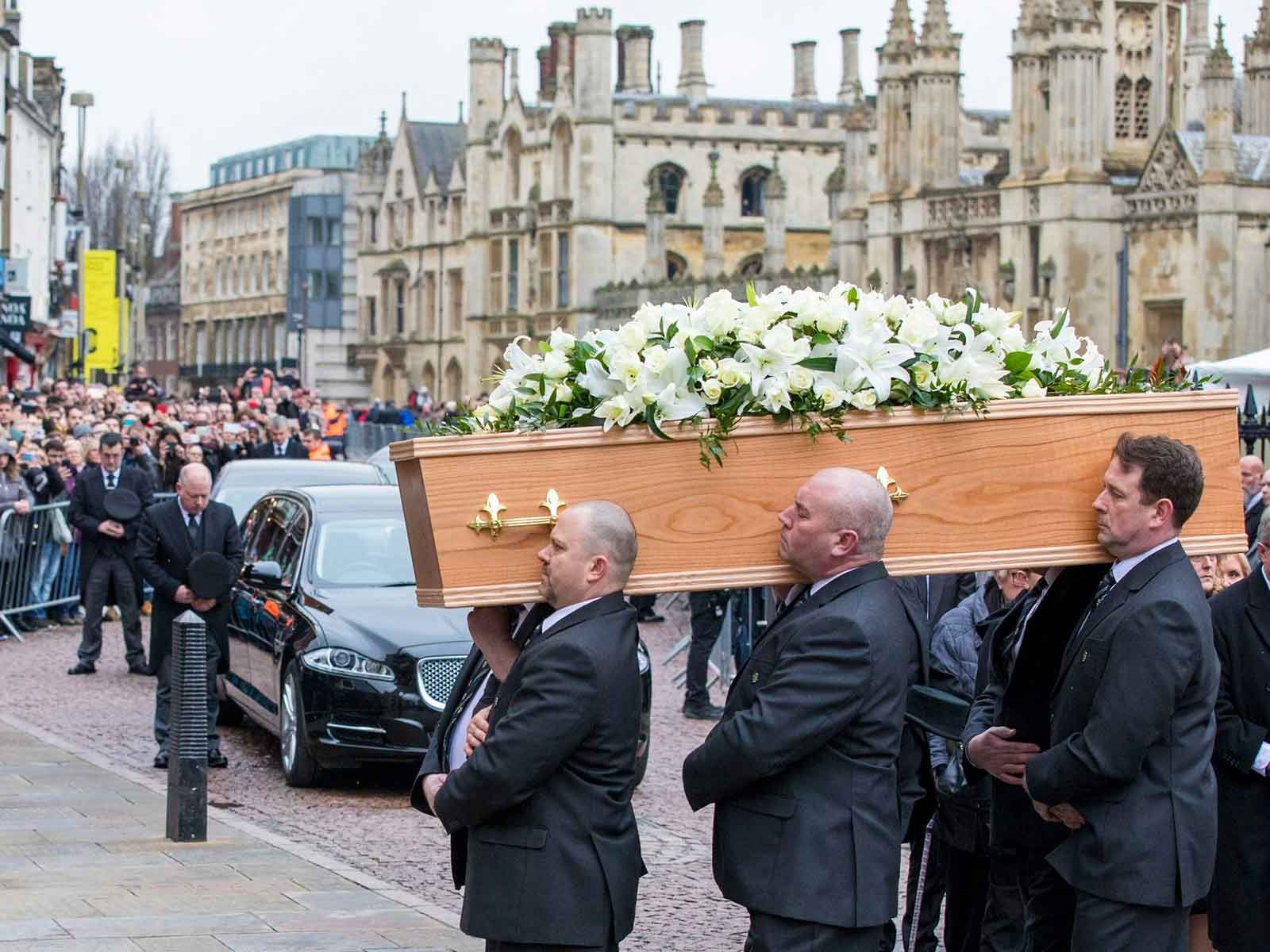 Hundreds of people lined the streets in Cambridge during the funeral for the late physicist Professor Stephen Hawking, including the actor who won an Academy Award portraying the genius.

Eddie Redmayne, Brian May and Lily Cole were just a few of the recognizable faces in the sea of people Saturday outside the Church of St. Mary the Great.

Redmayne, who played Hawking in "The Theory of Everything," will also be delivering a reading during the service. As we reported, Hawking died at his home earlier this month at the age of 76.