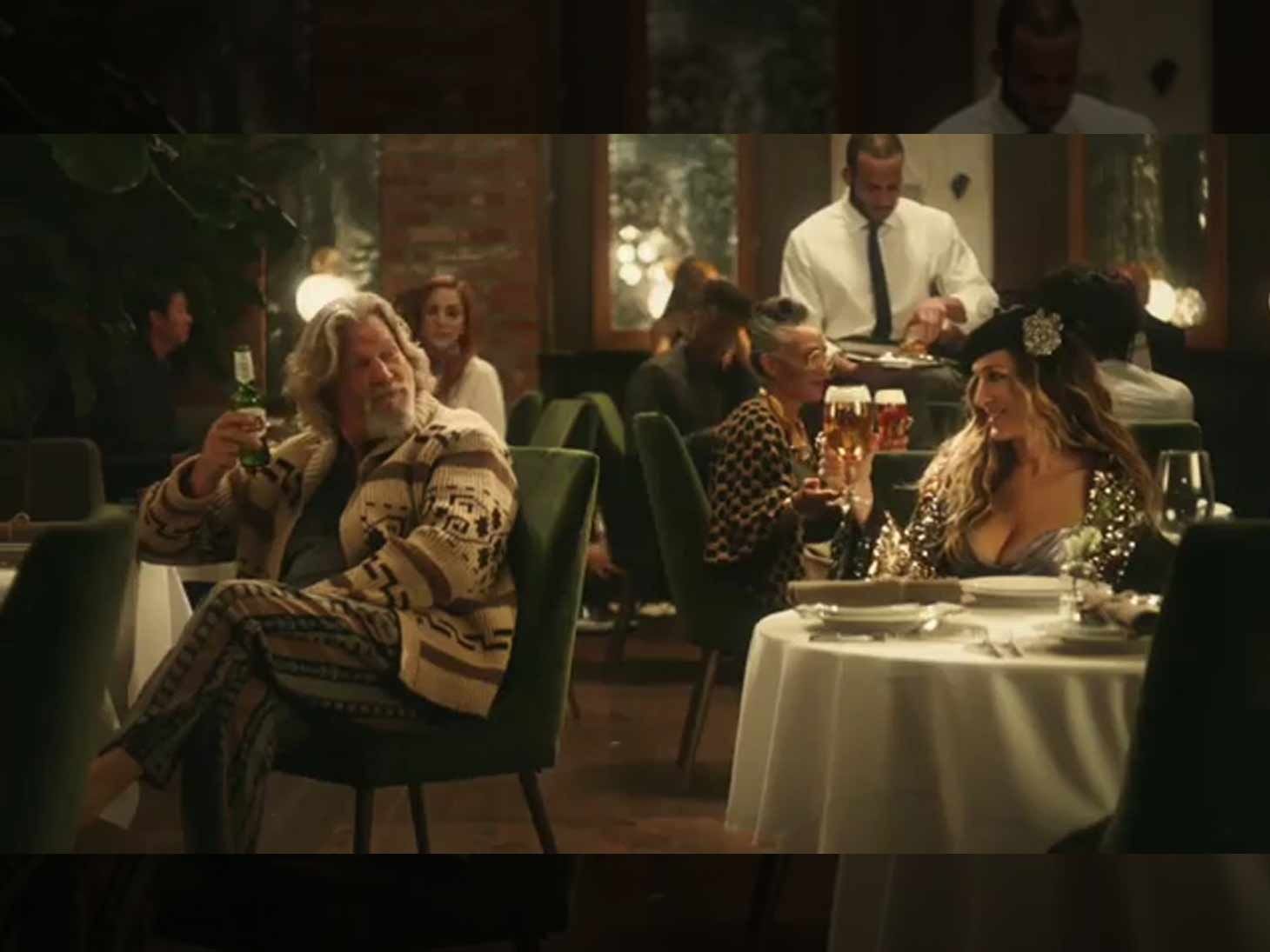 It's the crossover event we didn't know we needed, but Sarah Jessica Parker and Jeff Bridges already won the Super Bowl commercial war before the game even kicked off.

The Super Bowl LIII commercial for Stella Artois was released Monday morning, feating a mash-up between SJP's "Sex and the City" with Bridges' "The Big Lebowski."

Both stars are dressed in trademark outfits, and also trade in their usual cocktails for ice-cold Stellas. It's pretty amazing, and now whether the Los Angeles Rams or New England Patriots get the trophy next Sunday, we're all winners already.