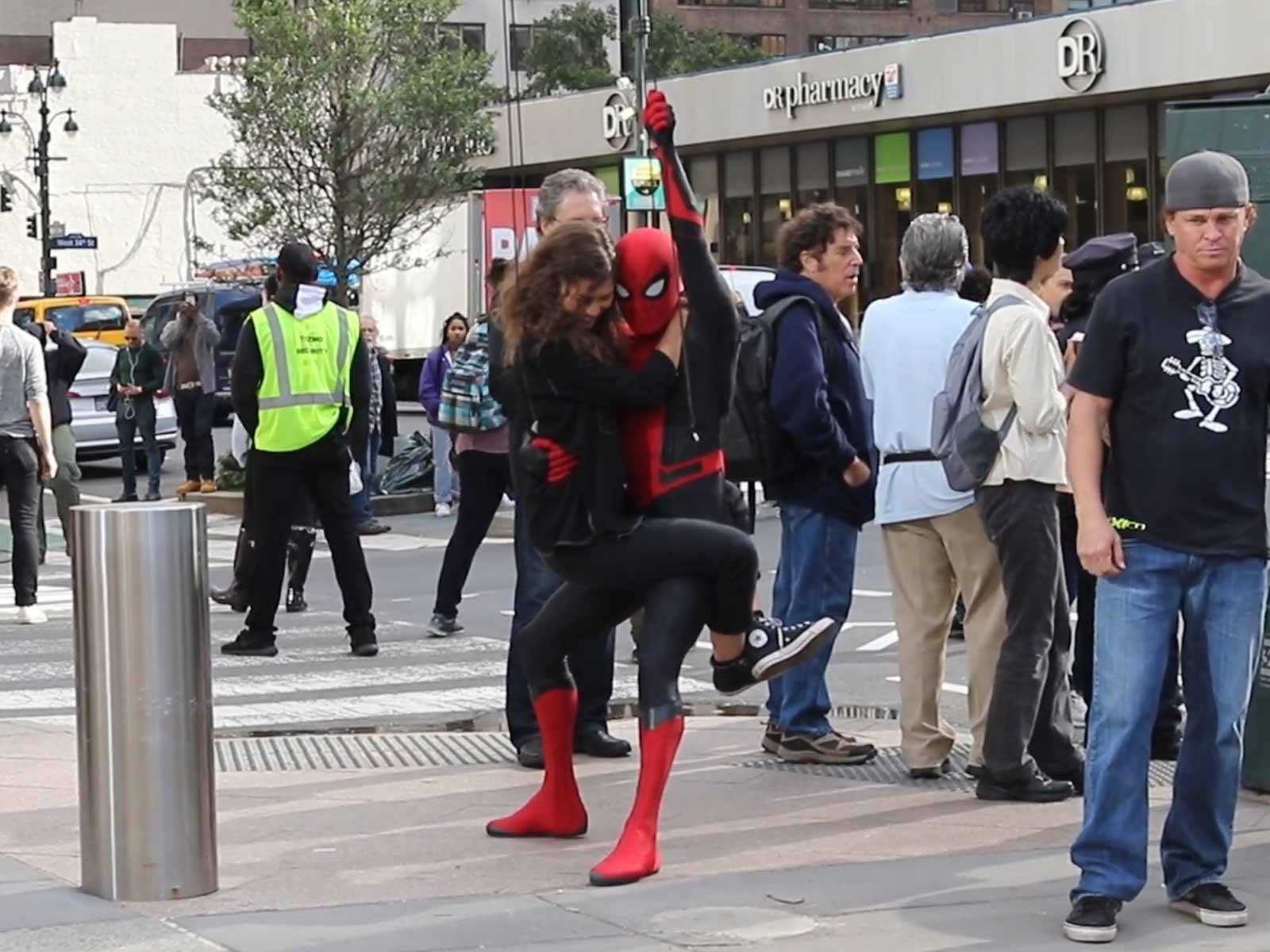 Tom Holland is back in action for the next installment of Spider-Man, and he's debuting some fresh new threads.

The web-slinging superhero was spotted Friday, in New York, of course, performing a stunt with Zendaya for "Spider-Man: Far From Home."

While clutching Spidey, MJ, played by Zendaya, was pulled high into the air on a cable before being gently returned to the street. Witnesses in Midtown Manhattan claimed Holland was in the suit performing his own stunts.

Speaking of the suit, Peter Parker is wearing a new black and red number highlighted with a white spider on the back.

The film, which is set for release next year, depicts Spidey traveling outside his comfort zone as the superhero travels to Europe on summer vacation. Production began earlier this year and has shot in London, Prague, Czech Republic and Venice.