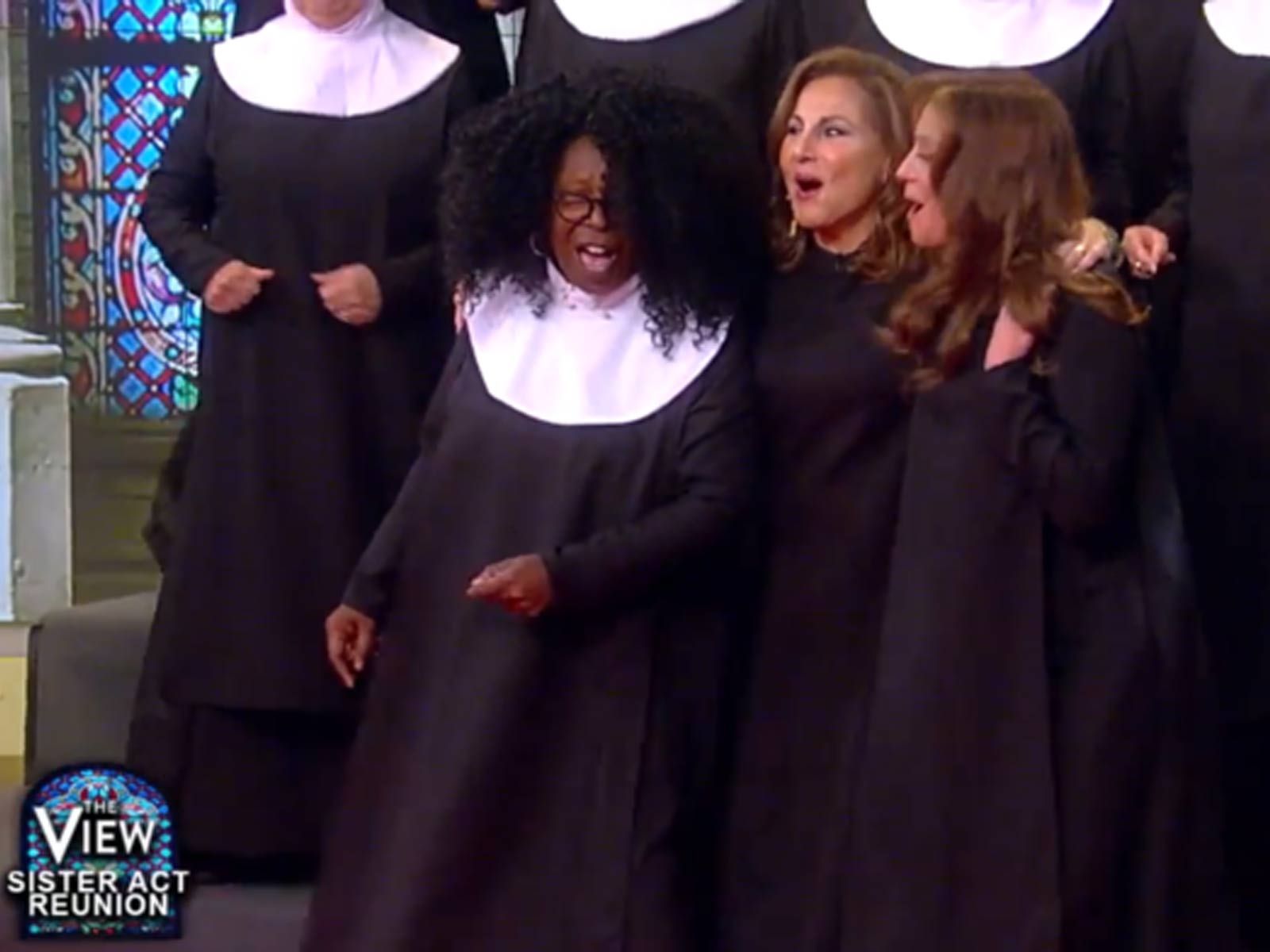 The cast of the musical smash got together to promote the 25th anniversary of the first film and performed one of the hit songs on "The View." It. Was. Amazing.

Dame Maggie Smith couldn't be there but sent a video message. The performance gave us the warm and fuzzies but it wasn't the same without fan favorite Sister Mary Lazarus (Mary Wickes). She passed away in 1995, just two years after "Sister Act 2: Back in the Habit" was released.

During the segment, Harvey Keitel offered up a big-time mea culpa to Whoopi Goldberg. He gave the star her very own embroidered fur coat (ahem) not a used one from his wife.