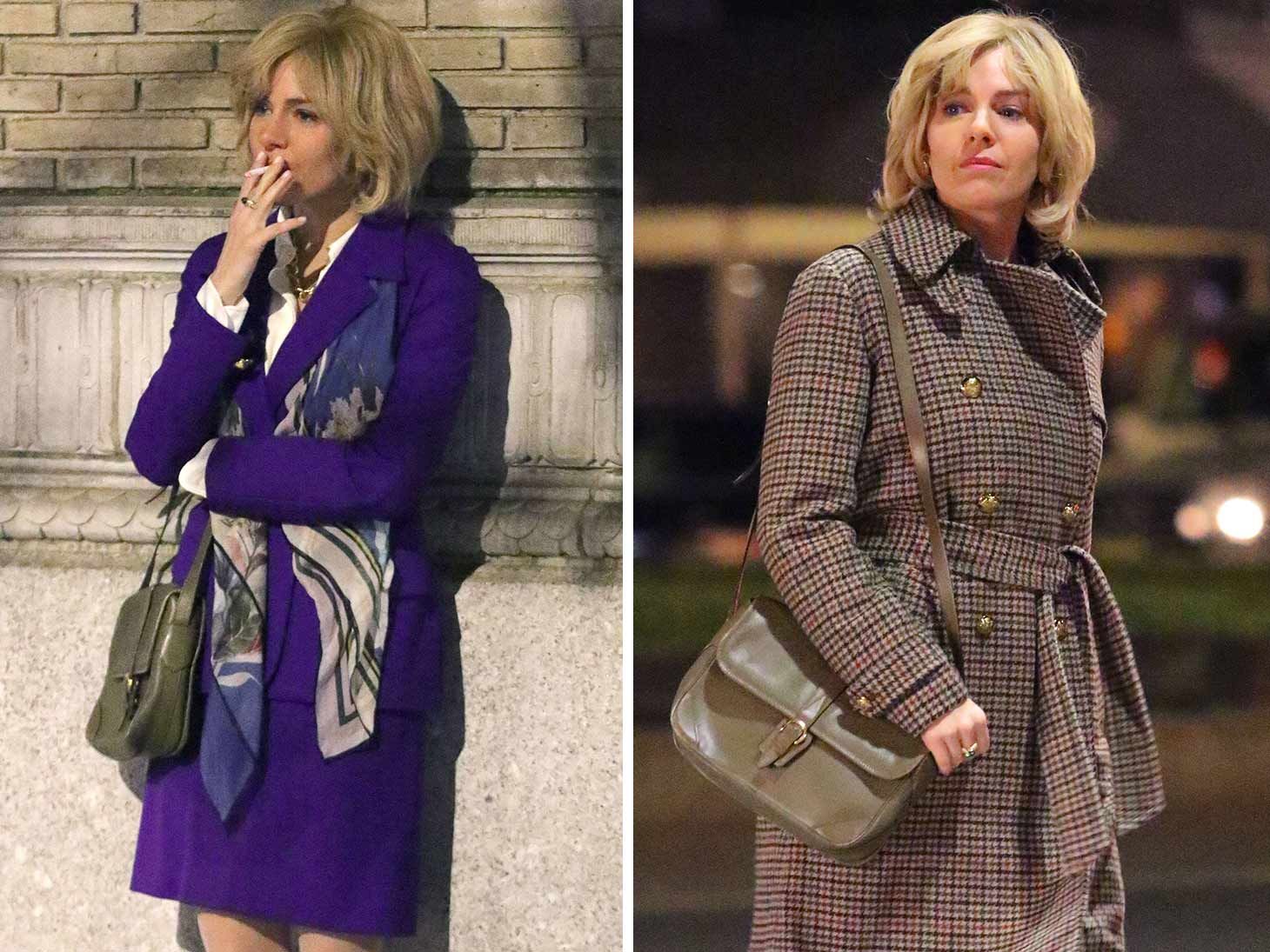 Sienna Miller Nails Mrs. Ailes for 'The Loudest Voice in the Room'

Miller was seen Friday in Manhattan's Upper West Side as she shot scenes for "The Loudest Voice in the Room" dressed as Elizabeth Ailes.

Wearing a blonde wig, and some facial prosthetics, the 36-year-old star transformed into the 58-year-old widow of the disgraced mogul.

The eight-episode series for Showtime will focus on Ailes' rise to power and eventual downfall over allegations of sexual misconduct.

Miller will co-star along with Russell Crowe, who looks nearly unrecognizable as he films for the big time role.