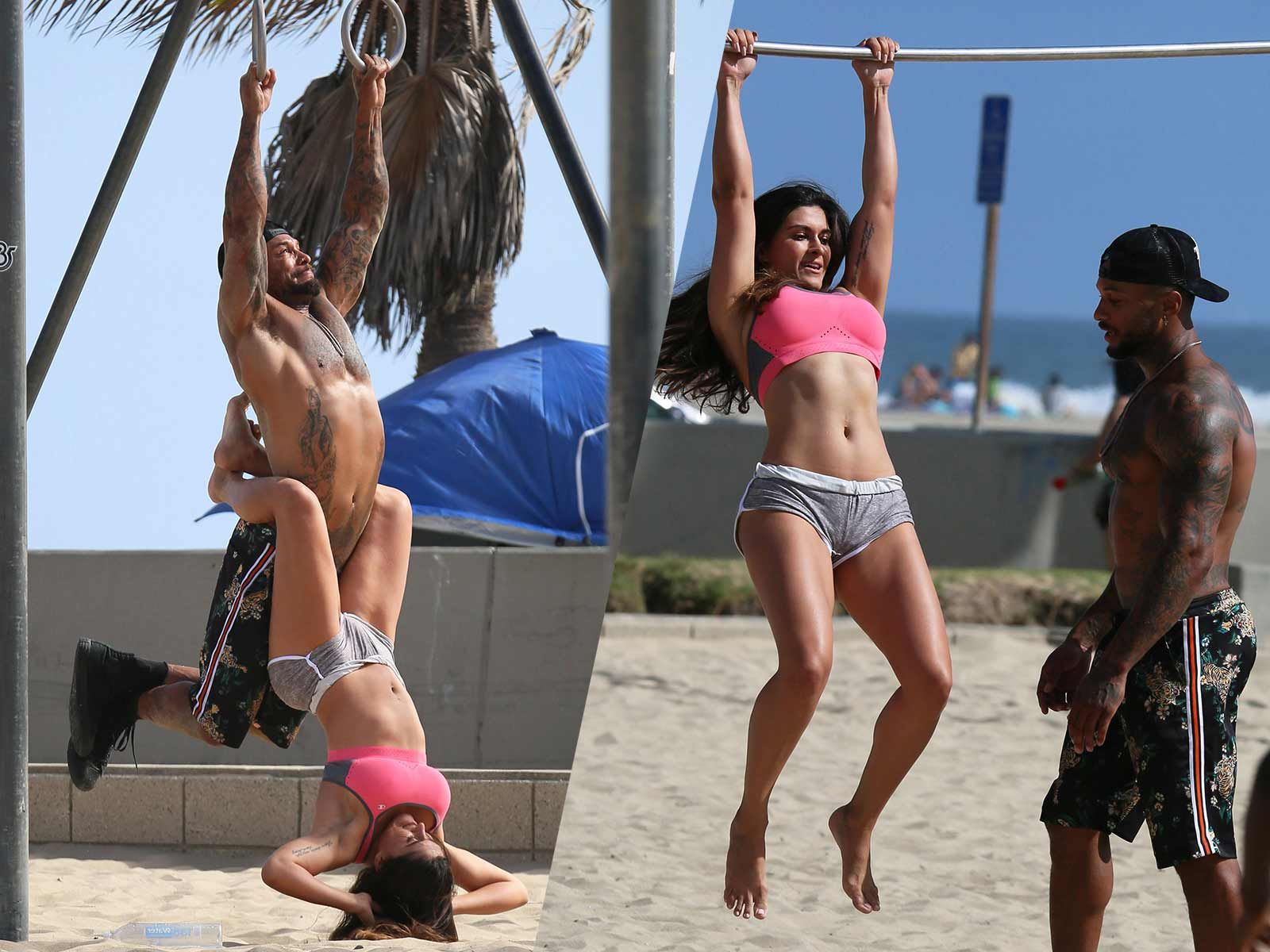 Shawna Craig got quite the workout during a sexy outdoor gym session with her trainer.

The former "Second Wives Club" star was seen getting dangerously close to fitness model David Mcintosh during their sweat session Wednesday at Venice's famed Muscle Beach. Wearing just a sports bra and tiny short shorts, Shawna was photographed hanging upside down on her trainer while he executed pull-ups. The titillating position looks more like something from "50 Shades" rather than an actual exercise.

Shawna and David then moved to the stairs where he stretched her out good after giving her booty quite the workout. Maybe she's considering a new career in fitness now that the show was canceled.

There have been rumors amongst the reality TV crowd that Craig and her "Renegade" hubby Lorenzo Lamas are on the outs. If those rumors aren't true, they may be once he sees these pics.