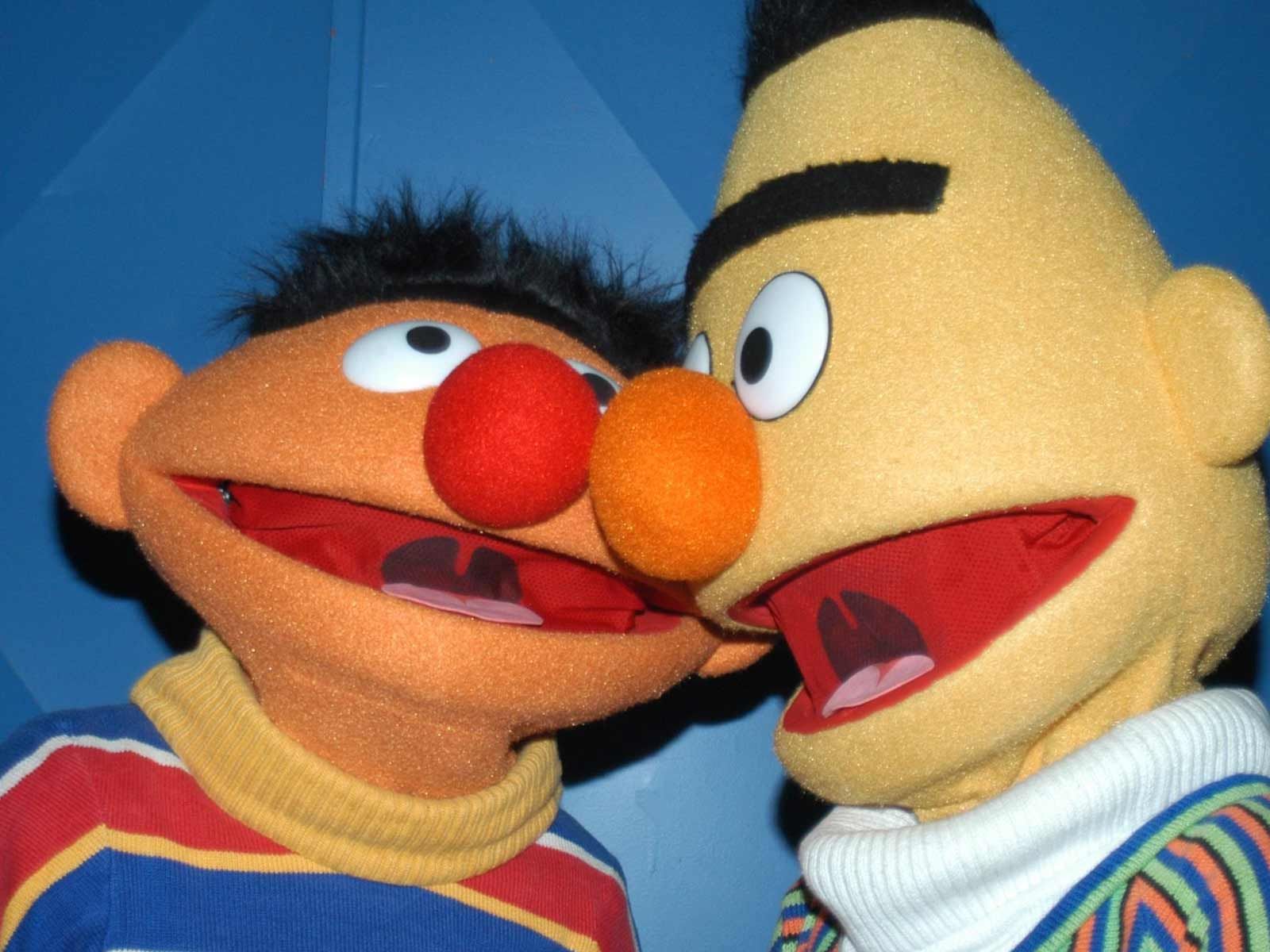 The worst kept secret on TV has finally been confirmed -- "Sesame Street" characters Burt and Ernie are in a full-fledged relationship, so says one of the show writers.

Mark Saltzman, who joined the show as a writer in 1984, opened up to Queerty describing the two as a "loving couple."

When asked if he thought of Burt and Ernie were together, Saltzman responded, "I always felt that without a huge agenda, when I was writing Bert and Ernie, they were. I didn’t have any other way to contextualize them."

Then he reflected on the similarities between "the love of his life," Arnold Glassman, and Burt and Ernie's relationship.

“I was Ernie… And Arnie as a film editor — if you thought of Bert with a job in the world, wouldn’t that be perfect?" Saltzman said. "Bert with his paper clips and organization? And I was the jokester."

But remember, this longstanding rumor was once debunked by "Sesame Street," but Saltzman's opinion definitely holds some weight.

“So it was the Bert and Ernie relationship, and I was already with Arnie when I came to Sesame Street. So I don’t think I’d know how else to write them, but as a loving couple," he added.

"But those two, Snuffleupagus, because he’s the sort of clinically depressed Muppet… you had characters that appealed to a gay audience. And Snuffy, this depressed person nobody can see, that’s sort of Kafka! It’s sort of gay closeted too.”