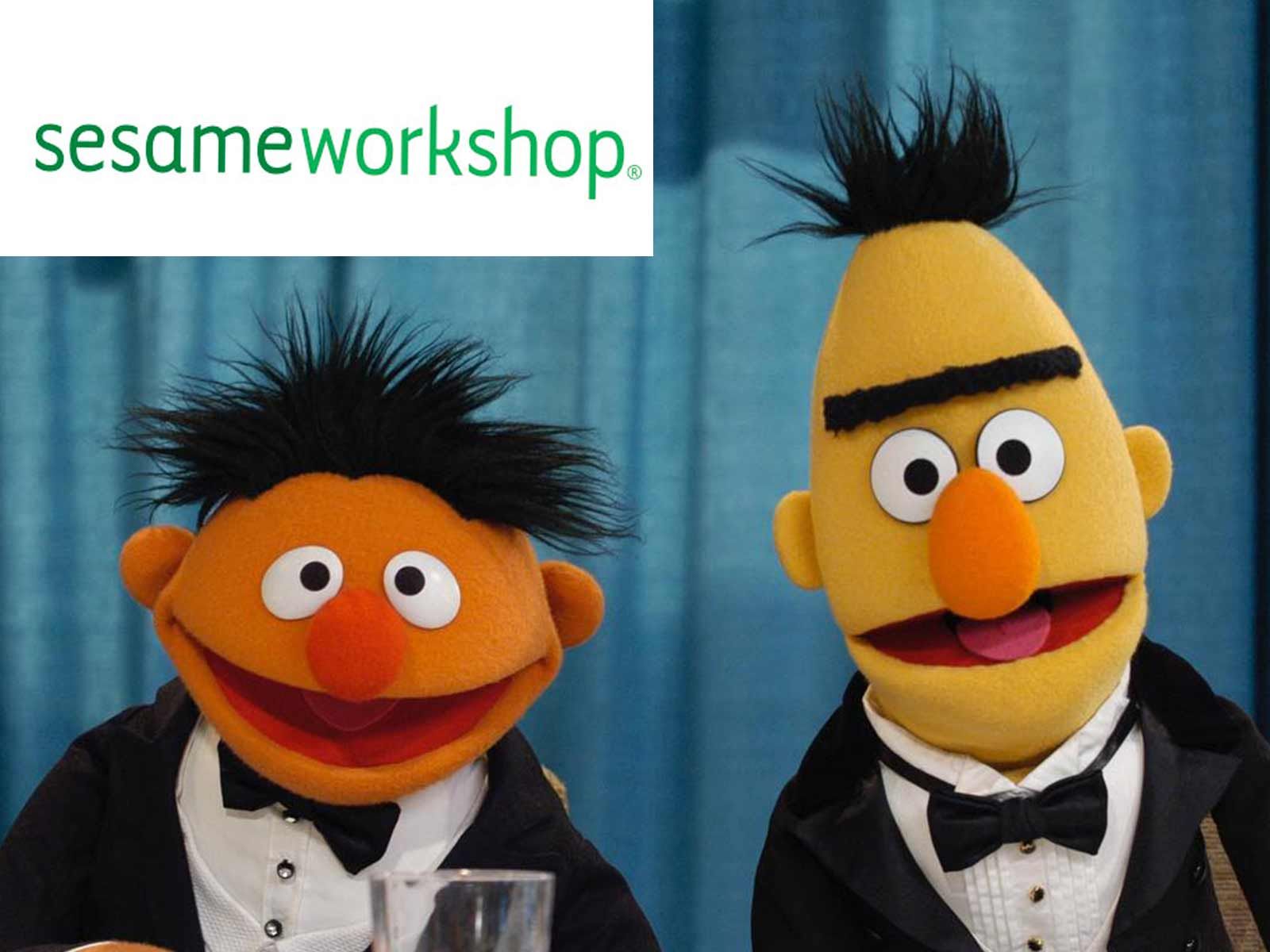 'Sesame Street' Fires Back Over Burt & Ernie: They Are Not Gay!

8:50 PM PT -- Sesame Workshop has released an updated statement, seemingly sticking with Bert and Ernie's relationship being strictly platonic, but making sure everyone knows, "Sesame Street has always stood for inclusion and acceptance. It's a place where people of all cultures and backgrounds are welcome."

"Bert and Ernie were created to be best friends, and to teach young children that people can get along with those who are very different from themselves."

The company behind "Sesame Street" is responding to an ex-writer's accusation that Burt and Ernie are a "loving couple," and adamantly denying the puppets have any sort of sexual orientation.

The Blast has obtained the statement from Sesame Workshop, "As we have always said, Bert and Ernie are best friends. They were created to teach preschoolers that people can be good friends with those who are very different from themselves."

They continue, "Even though they are identified as male characters and possess many human traits and characteristics (as most Sesame Street Muppets™ do), they remain puppets, and do not have a sexual orientation."

Legendary Mupeteer Frank Oz has also weighed in, saying "It seems Mr. Mark Saltzman was asked if Bert & Ernie are gay. It's fine that he feels they are. They're not, of course. But why that question? Does it really matter? Why the need to define people as only gay? There's much more to a human being than just straightness or gayness."

As we reported, Mark Saltzman, who joined the show as a writer in 1984, revealed to Queerty that the two iconic Muppets were indeed a couple and he loosely based his writing on his relationship with “the love of his life,” Arnold Glassman.

“I was Ernie… And Arnie as a film editor — if you thought of Bert with a job in the world, wouldn’t that be perfect?” Saltzman said. “Bert with his paper clips and organization? And I was the jokester.”

The longstanding rumor was previously debunked by "Sesame" and it seems producers are sticking by that story.