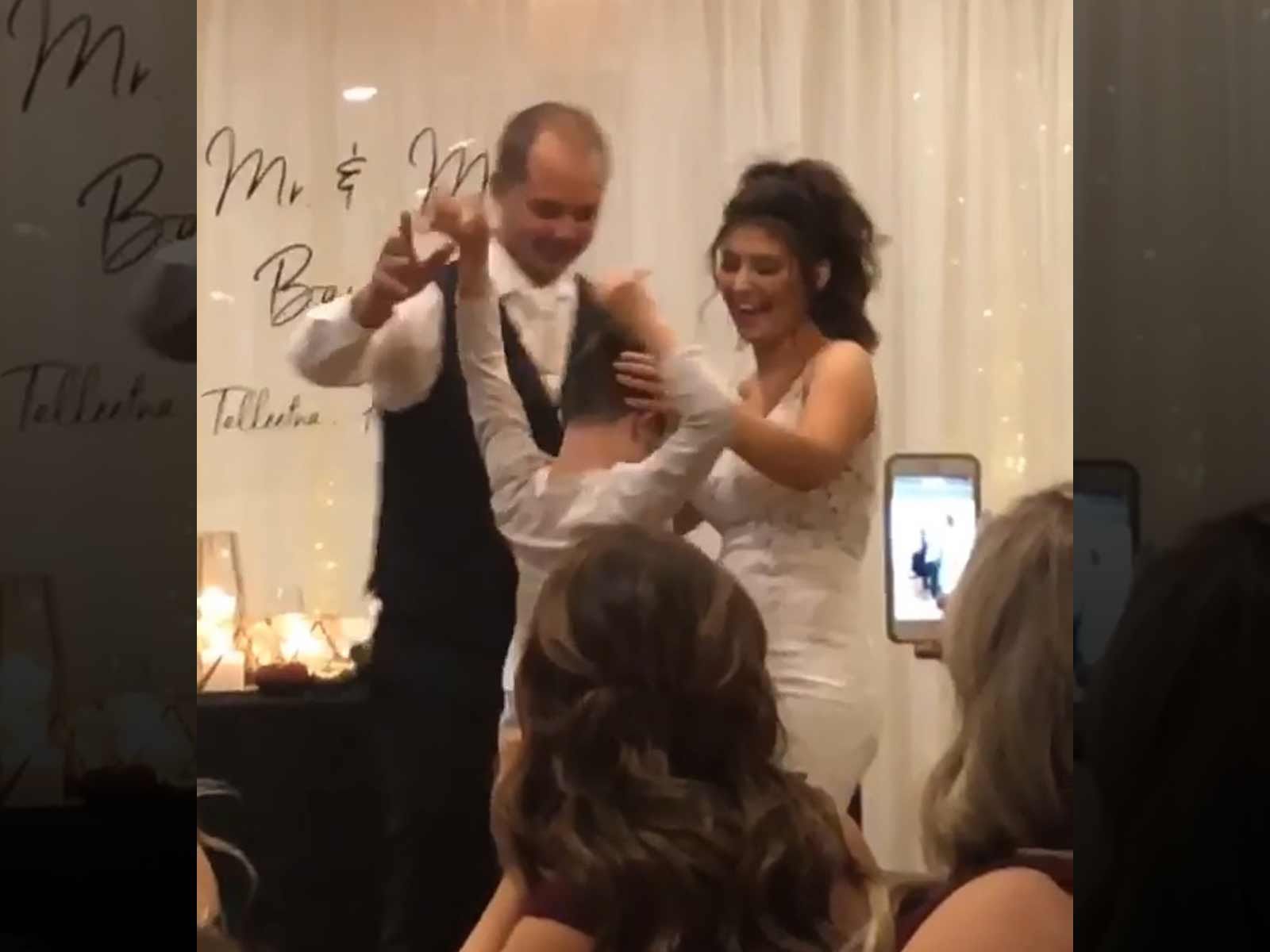 Sarah Palin celebrated a day of happiness with her family, less than 24 hours after her son once again found himself behind bars.

24-year-old Willow Palin married Ricky Bailey over the weekend in Talkeetna, Alaska. Sarah shared tons of photos from the ceremony, along with the caption of "Happiest day. Ever."

Highlights of the day included the bride and groom sharing a dance with Trig, and Sarah's "Mother of the Groom" flannel shirt.

As we reported, the Palin's oldest son, Track, was arrested Friday night in Alaska on charges of domestic violence and resisting arrest. He was still in custody as his family gathered at the Talkeetna Alaskan Lodge for the nuptials.