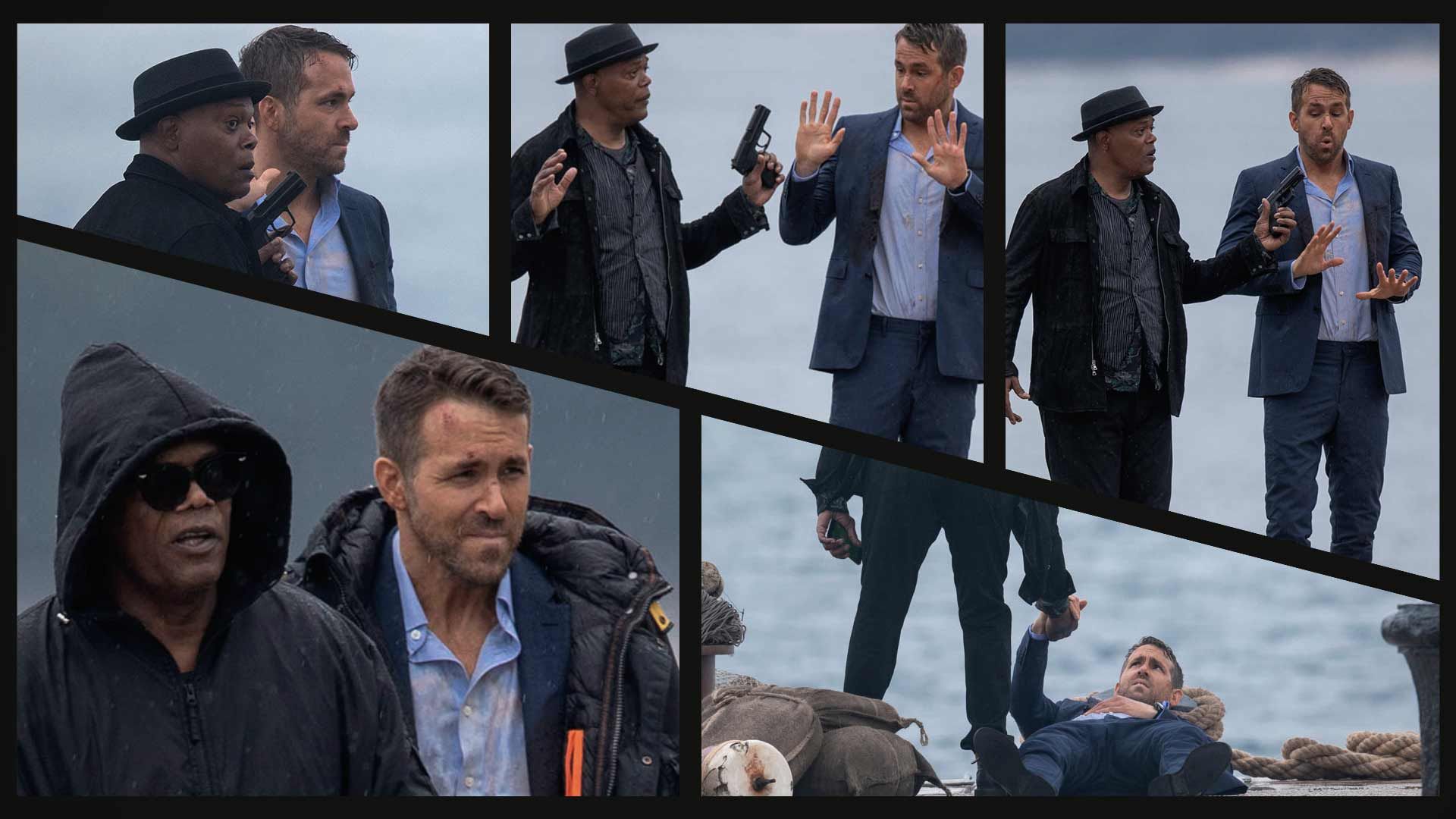 Most people would consider having a gun pulled on them and getting slapped to the ground to be a bad day, but Ryan Reynolds just calls it another day at the office.

The "POKÉMON Detective Pikachu" star is currently in Croatia with Samuel L. Jackson as the two film the upcoming movie, "The Hitman's Wife's Bodyguard."

In the series of production photos, Jackson appears to pull a gun on Reynolds before delivering a face slap that sends the actor tumbling to the ground. The pics look intense, but with the history between the two, it will probably play out pretty funny.

The sequel to the 2017 action-comedy, "The Hitman's Bodyguard," will reunite Reynolds and Jackson with Salma Hayek, who plays the wife.

After the first movie scored over $175 million on a $30 million budget, it's no wonder they decided to drum up a sequel.

"The Hitman's Wife's Bodyguard" is filming all over Europe, including Croatia, Italy, Bulgaria and the U.K. It's expected to premiere in 2020.