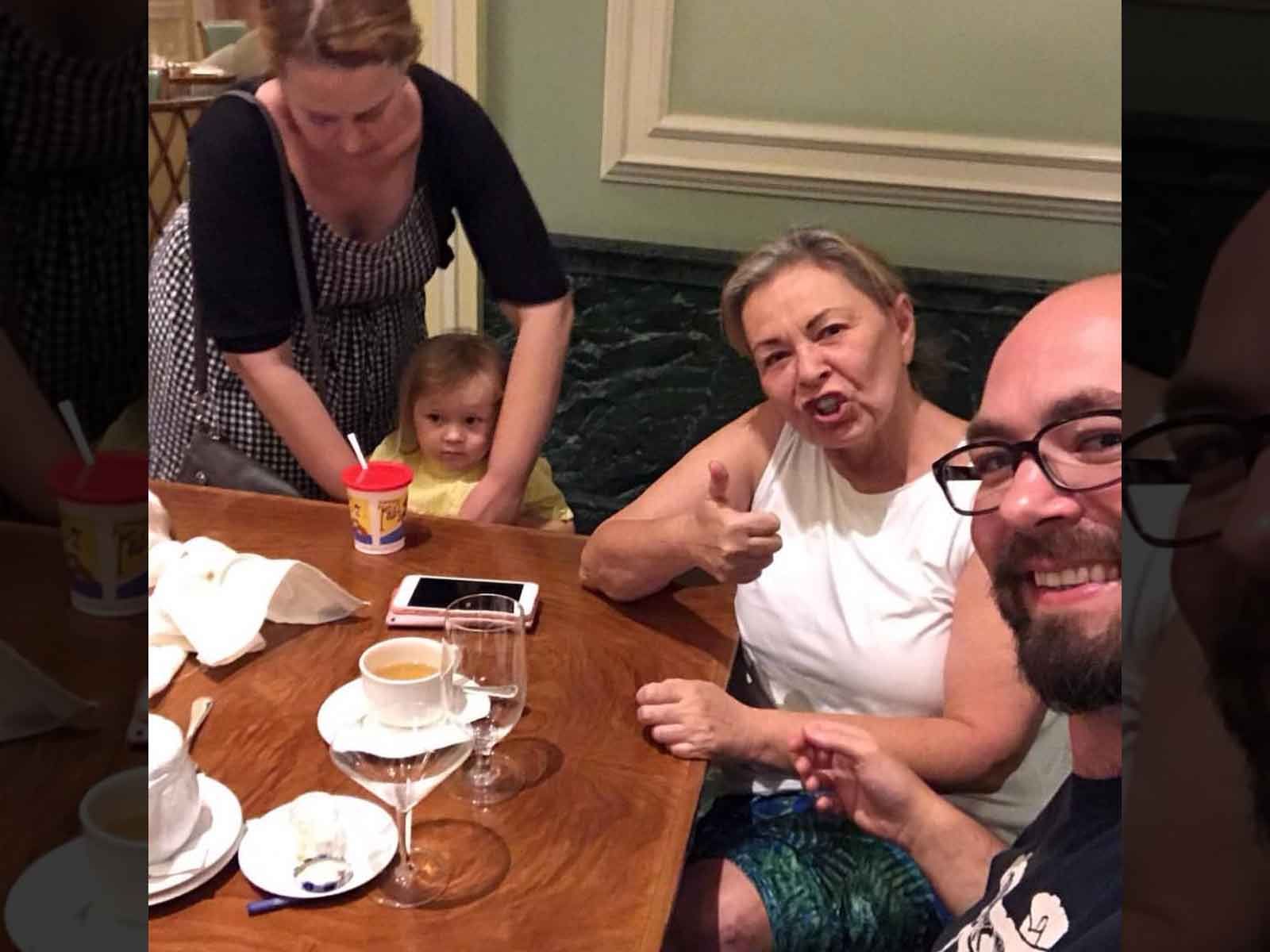 Roseanne Gives a Thumbs Up After ABC Spinoff Announcement

Moments after ABC announced they were rebooting Roseanne once again, this time without Roseanne, the TV star was seen surrounding herself with the family who will always have her back.

Roseanne Barr went to dinner with her son Jake at a hotel in Salt Lake City, Utah within hours of the spinoff announcement for "The Conners," and gave a thumbs up to let everyone know she's doing just fine.

We're told the star enjoyed some lamb and kept a positive attitude in the wake of her TV family attempting to continue the show with Sara Gilbert at the helm.

As we reported, producers were able to reach a settlement with Roseanne to completely remove her from the show. In a statement, she said "I regret the circumstances that have caused me to be removed from ‘Roseanne.’ I agreed to the settlement in order that 200 jobs of beloved cast and crew could be saved, and I wish the best for everyone involved."