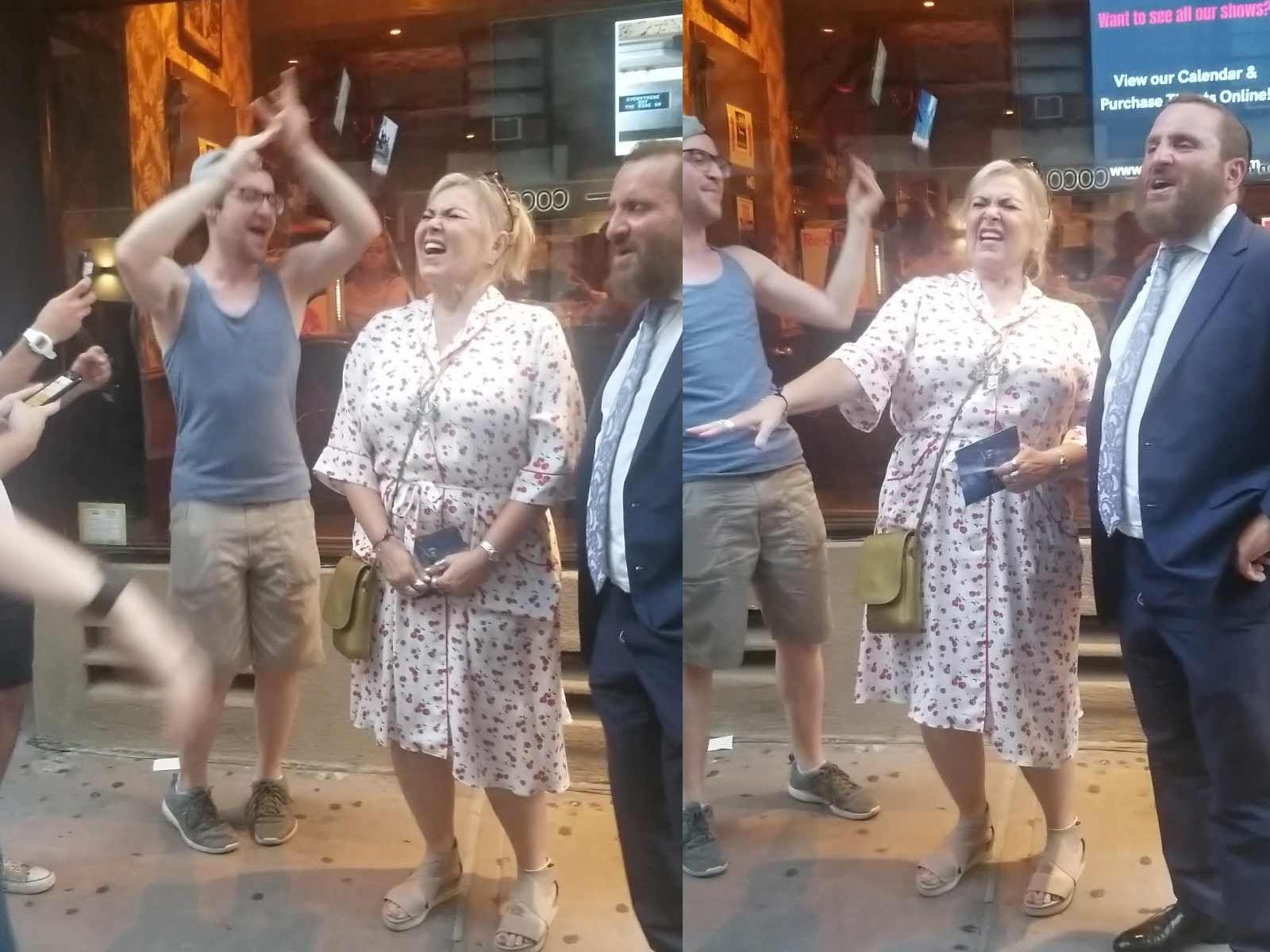 Roseanne Belts Out 'Hava Nagila' With Jewish A Cappella Group in NYC!

Roseanne Barr was in a divine mood after stopping by a comedy club in New York that ended with her singing Jewish folk songs on the street.

The comedian stopped by Stand Up NY on Tuesday evening to record another live podcast with Rabbi Shmuley Boteach. After the podcast, Roseanne bumped into the Y-Studs; an all-male a cappella group from Yeshiva University in NYC.

Along with Rabbi Boteach, Roseanne sang a few songs with the boys, including the famous celebratory song, "Hava Nagila." She even danced the Hora a bit.

The group also did a rendition of "My Girl" inspired by Roseanne.

The TV star recently revealed she has an opportunity to go to Israel for a few months and study "with my favorite teachers." She's been very involved in religion since the fiasco at ABC.

The video is great, and if you're looking to score the Y-Studs for your next party then you better act quick, because they're already booked for Rosh Hashanah.