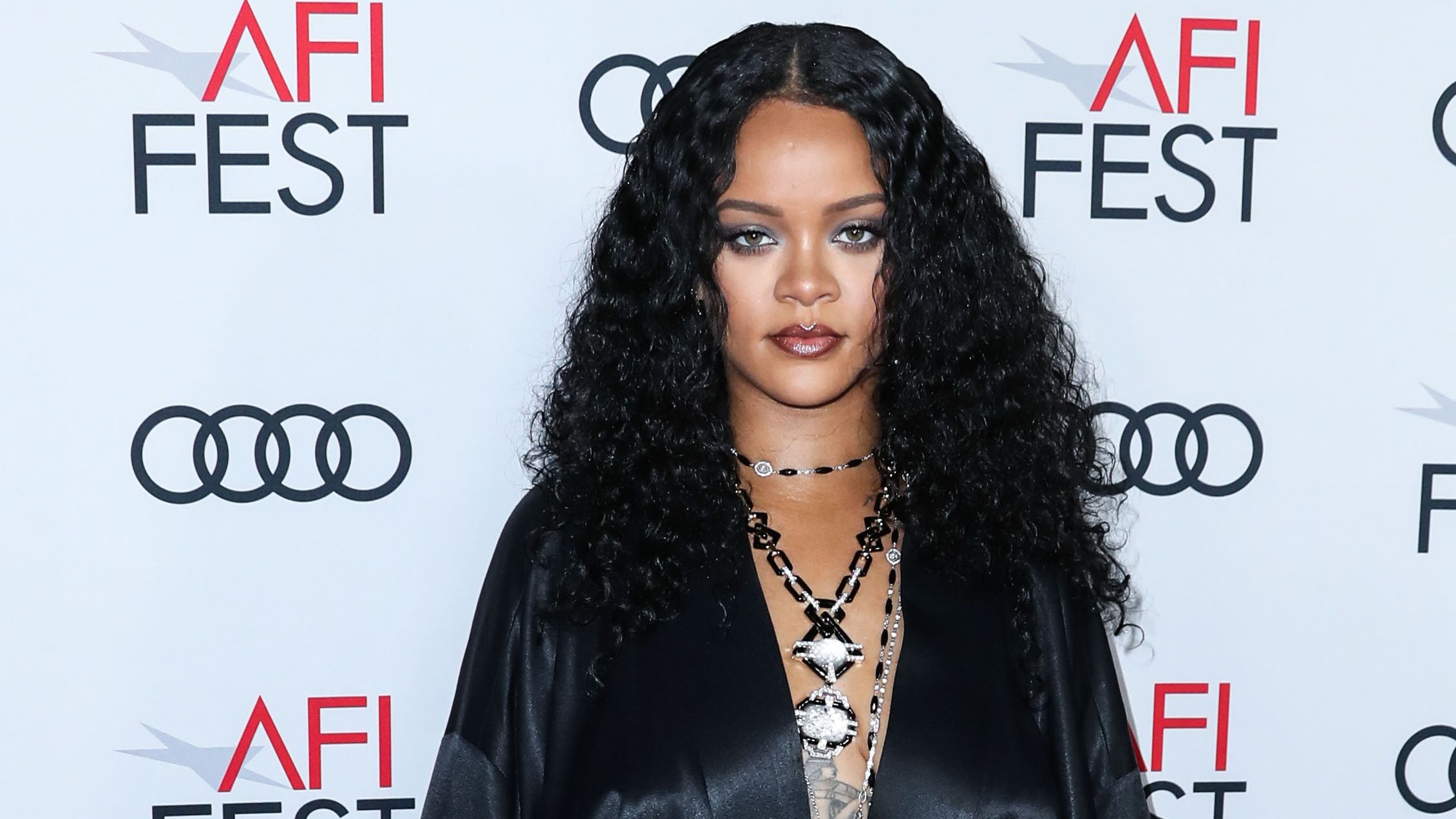 Just when you thought Rihanna couldn't play with your emotions anymore, she goes and hits fans with two more slow-motion videos that are making mouths everywhere water. The 31-year-old gained major attention when she posted the footage to her Instagram on Friday night. Dropping not one, but two videos promoting her Fenty Beauty lipgloss in Trophy Wife, the "Only Girl (In The World)" singer dazzled in a triangle gold bikini top as her bronzed skin radiated off the gorgeous sunlight. 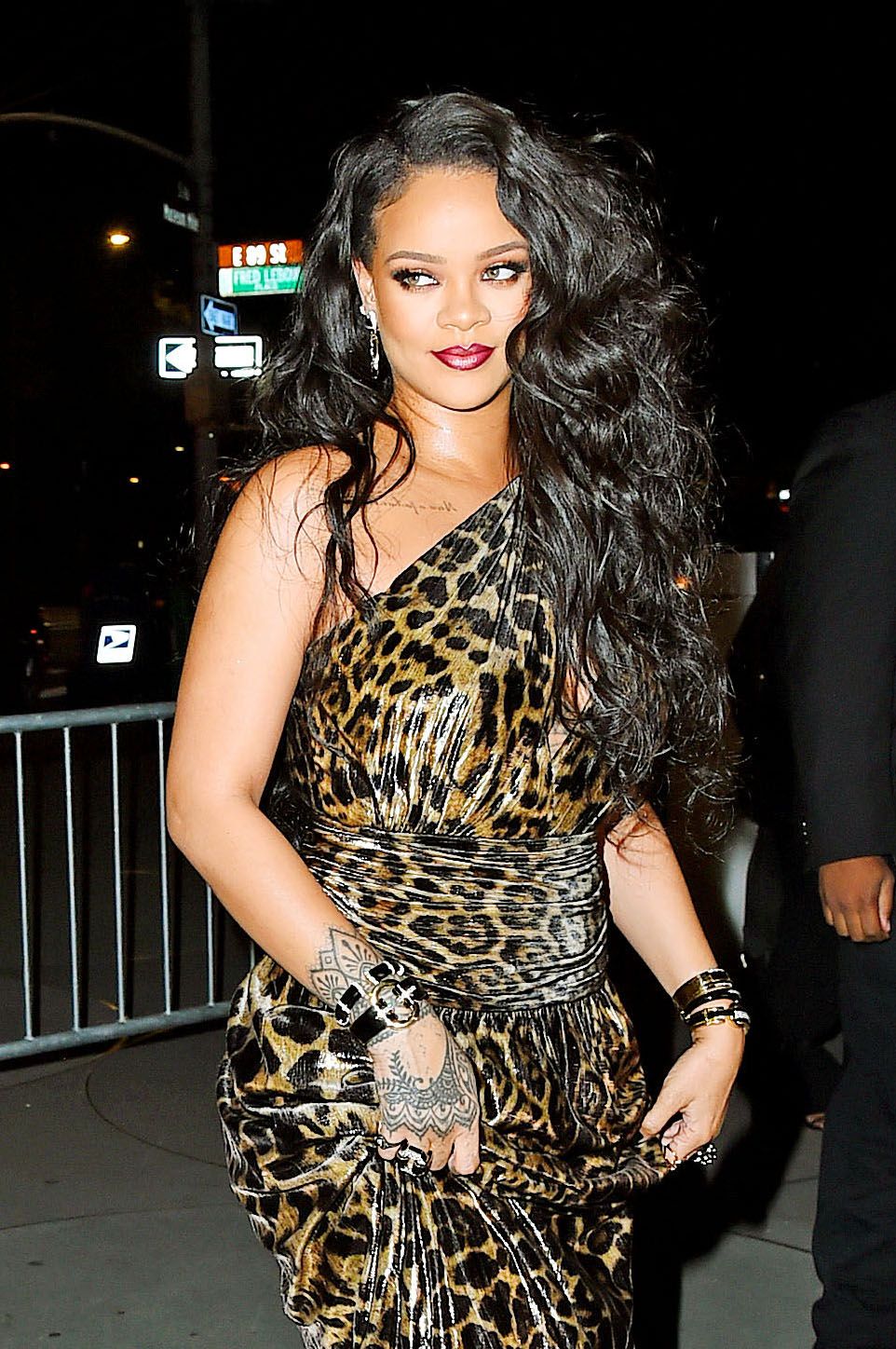 Pairing her bikini with tiny sunglass frames and oversized gold earrings, the fashion mogul teased fans by applying the gloss to her voluminous lips very slowly as a tropical backdrop lay behind her. "gloss bomb. #TROPHYWIFELIFE out now in stores at @Sephora," Rihanna captioned one of the seductive photos. In the second video, she's strutting her stuff while applying a shimmer powder to her chest. "fairy bomb shimmer powder. #TROPHYWIFE out now on fentybeauty.com," she wrote. Fans were left mesmerized by the tantalizing videos.

"complete treat😍," wrote one fan. "Damn sis u look u came from the sun 🙌🏽❗❤️" added another. "RIH. STOP THIS. IM DEAD. 😍😭," a third fan posted on her video. Other comments included several fire and heart emojis. Rihanna dropped these two slow-mo videos just days after fans speculated that the singer could be pregnant. The Fenty Beauty Founder showed up to the British Fashion Awards on Monday and wore a tight mint green dress that appeared to show off a tiny baby bump. But she didn't just cause a stir for what she was wearing, fans went wild for who she was walking with and it wasn't her billionaire businessman boyfriend Hassan Jameel.

Rihanna posed on the red carpet alongside A$AP Rocky and fans wouldn't get enough of the duo with many gushing about how cute they'd be if they took their friendship to the next level. "Rihanna and Asap Rocky. that’s it. that’s the entire tweet," wrote a fan. "IM CRYING I JUST DAW RIHANNA AND ASAP ROCKY," tweeted another. Some even hoped a mini-me would come from their appearance together. "I’m just saying that ASAP Rocky and Rihanna would have some beautiful ass children," a follower wrote. "OMFG have her baby child!" directed another.

Rihanna stunned in her satin pastel gown for the award show, where she walked away with the Urban Luxe Award, but many were quick to point out that she seemed to be rocking a baby bump. "Rihanna? baby bump? Or bloated from Thanksgiving?" questioned a fan. "We see the baby bump @rihanna," someone else wrote. "Rihanna got a baby bump underneath that blue dress she had on today IDC IDC," added another. This isn't the first time fans have speculated that RiRi is with child.

In September, lost it when they first claimed to have seen her sporting a baby bump at her annual Diamond Ball. She also raised eyebrows when she gave an interview during the event where she talked about giving birth to a strong black woman. If Rihanna is expecting, this will be her first child. She's been mum on the baby rumors but has been sending mixed signals in recent weeks.