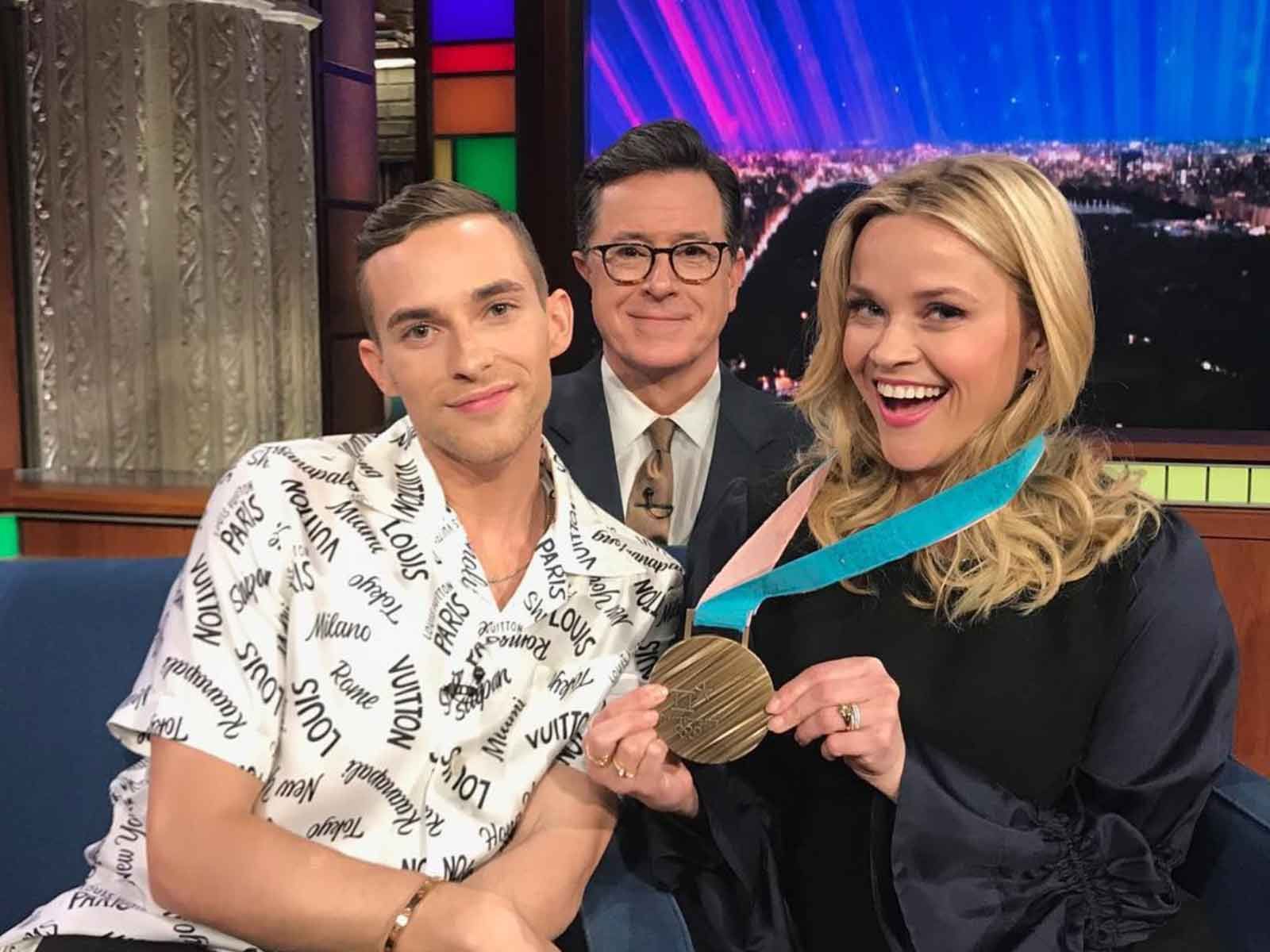 Reese Witherspoon finally met Olympic figure skater Adam Rippon on "The Late Show with Stephen Colbert" on Wednesday and it was as precious as you can probably imagine.

Colbert had both celebs on his show this week and decided to arrange their first encounter in front of the whole audience.

Here is how it went down:

Adam walked on stage, the two embraced and proceeded to stare adoringly at one another.

Reese: "This is the relationship the world has been waiting for."

Adam asked Reese to hold his bronze medal and explained that he "really needed this today" because his life was in "shambles." A whole bit ensued with his t-shirt, leaving Reese in a fit of laughter.

If you'll recall, the two sparked up a Twitter relationship during the 2018 Olympics.

During an interview at the 2018 Olympics, Adam said, "I just want to make Reese Witherspoon" proud. A sentiment we totally understand. He also pitched her a movie idea (starring him, duh). 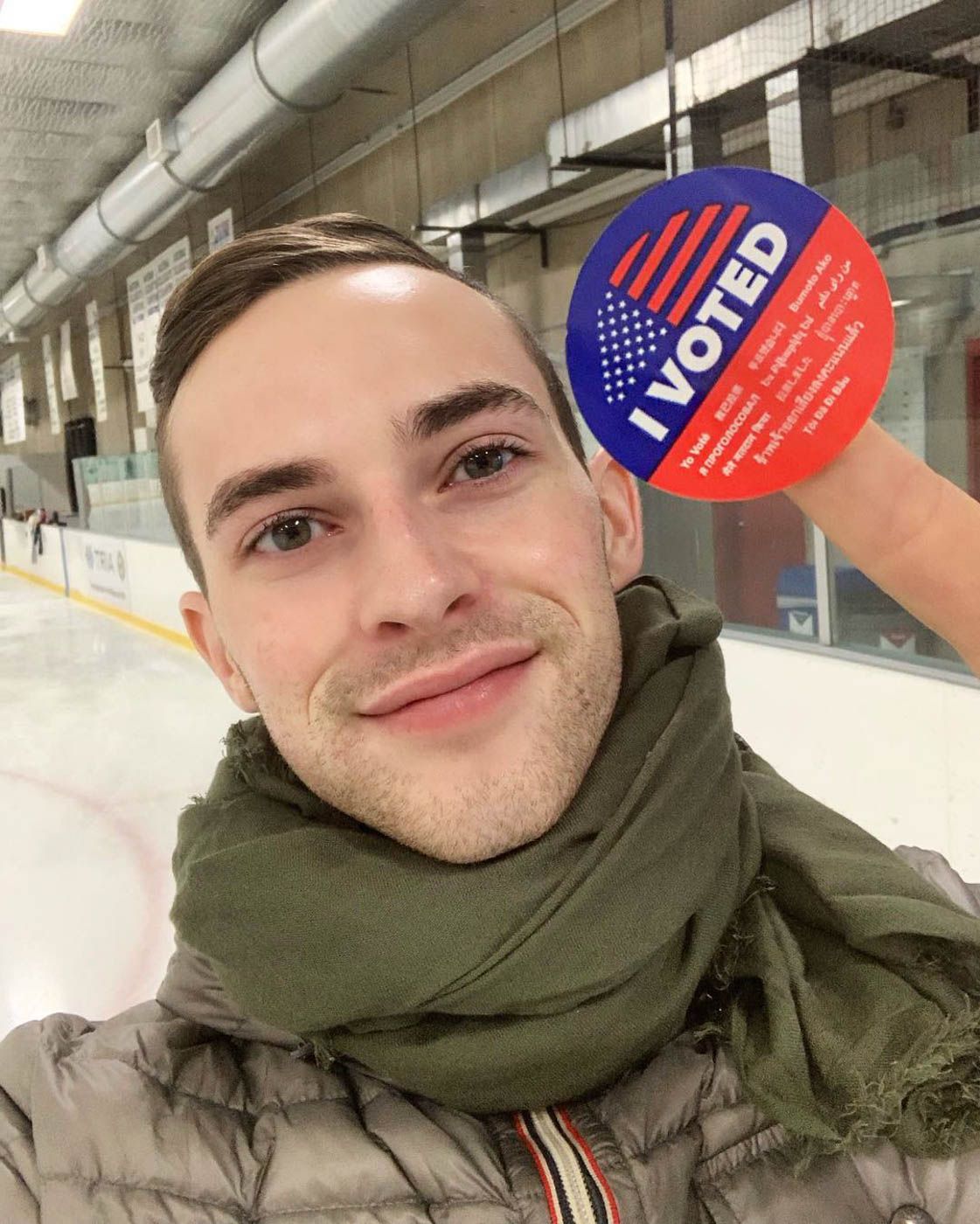 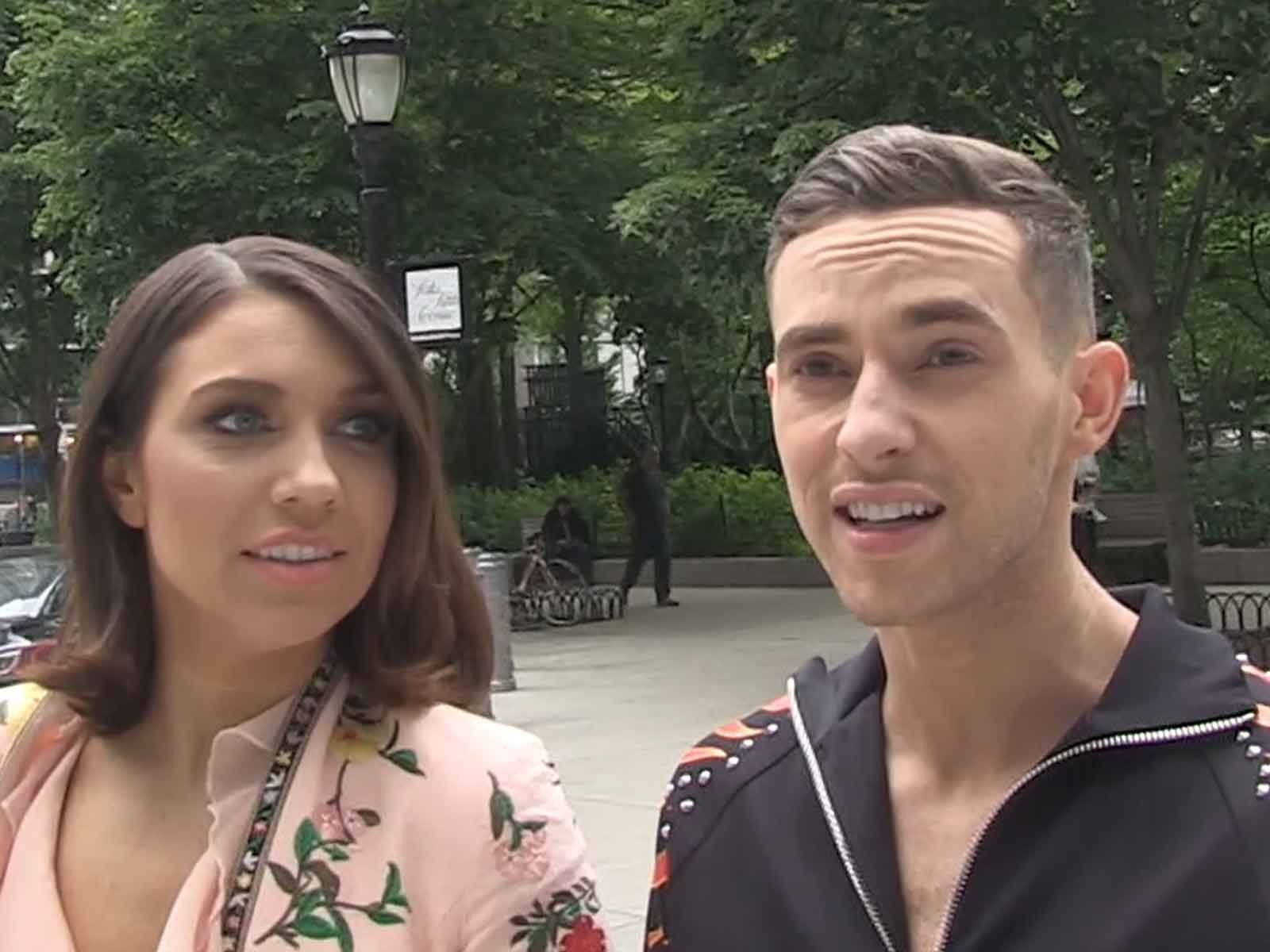 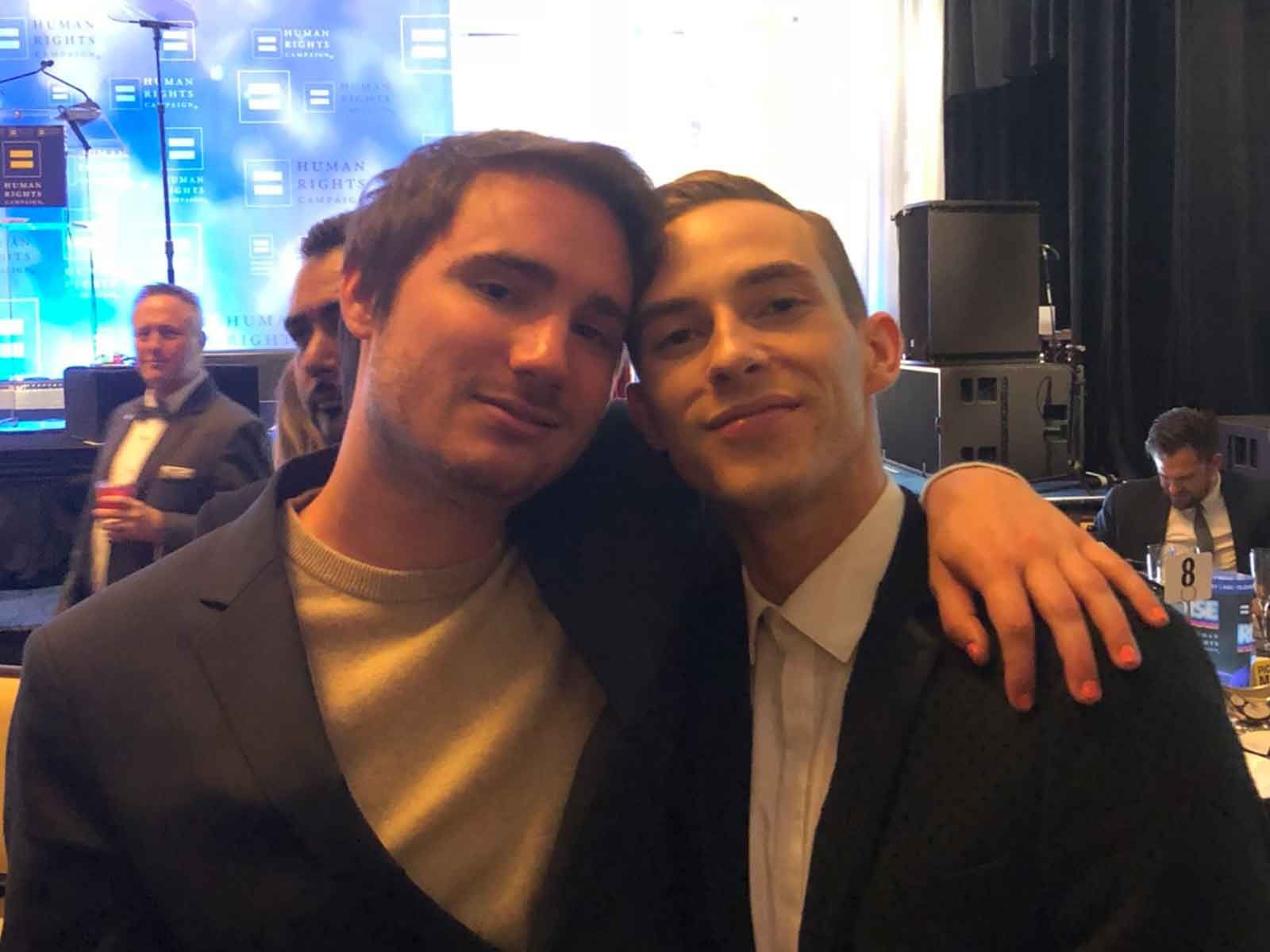 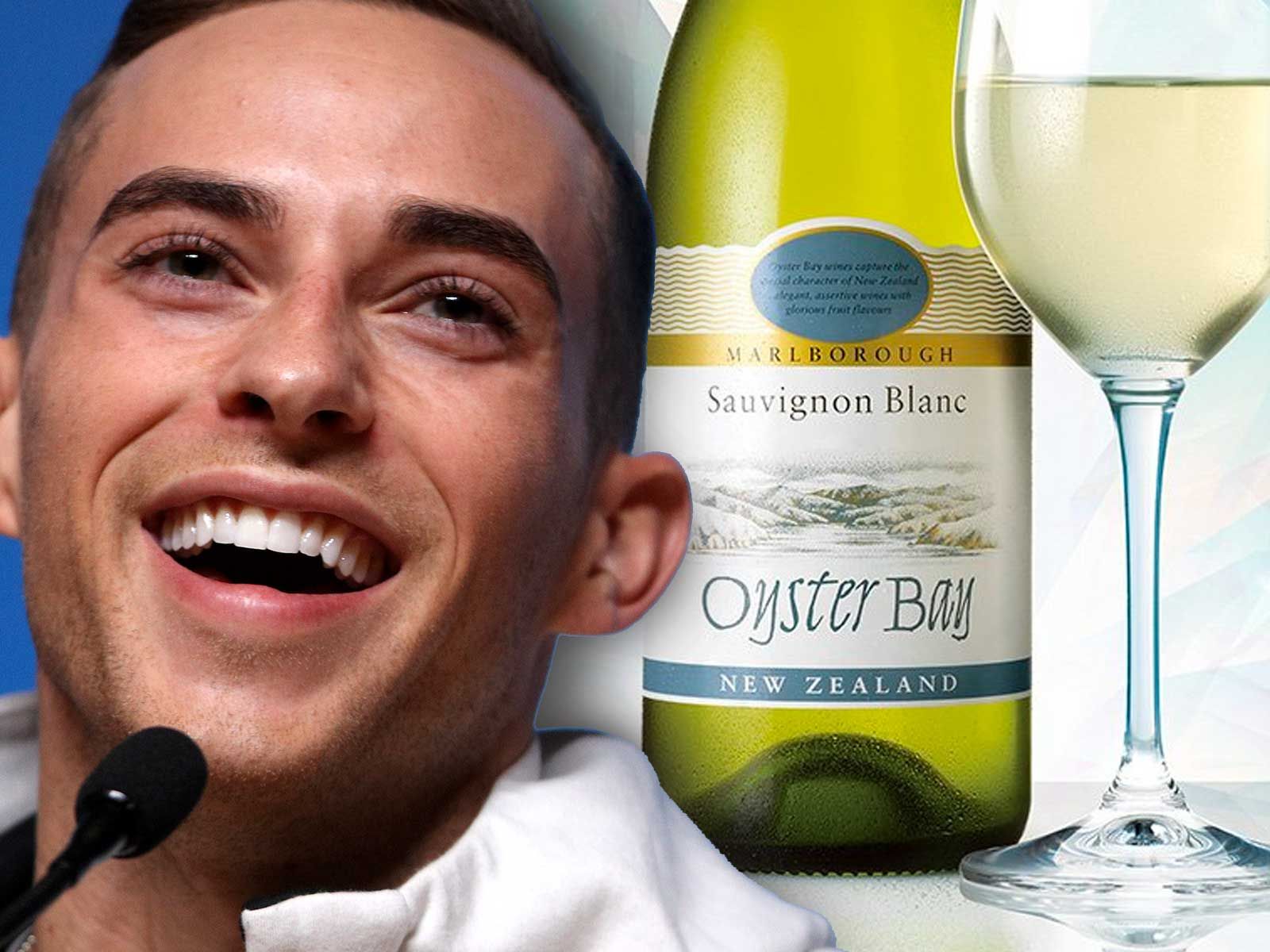