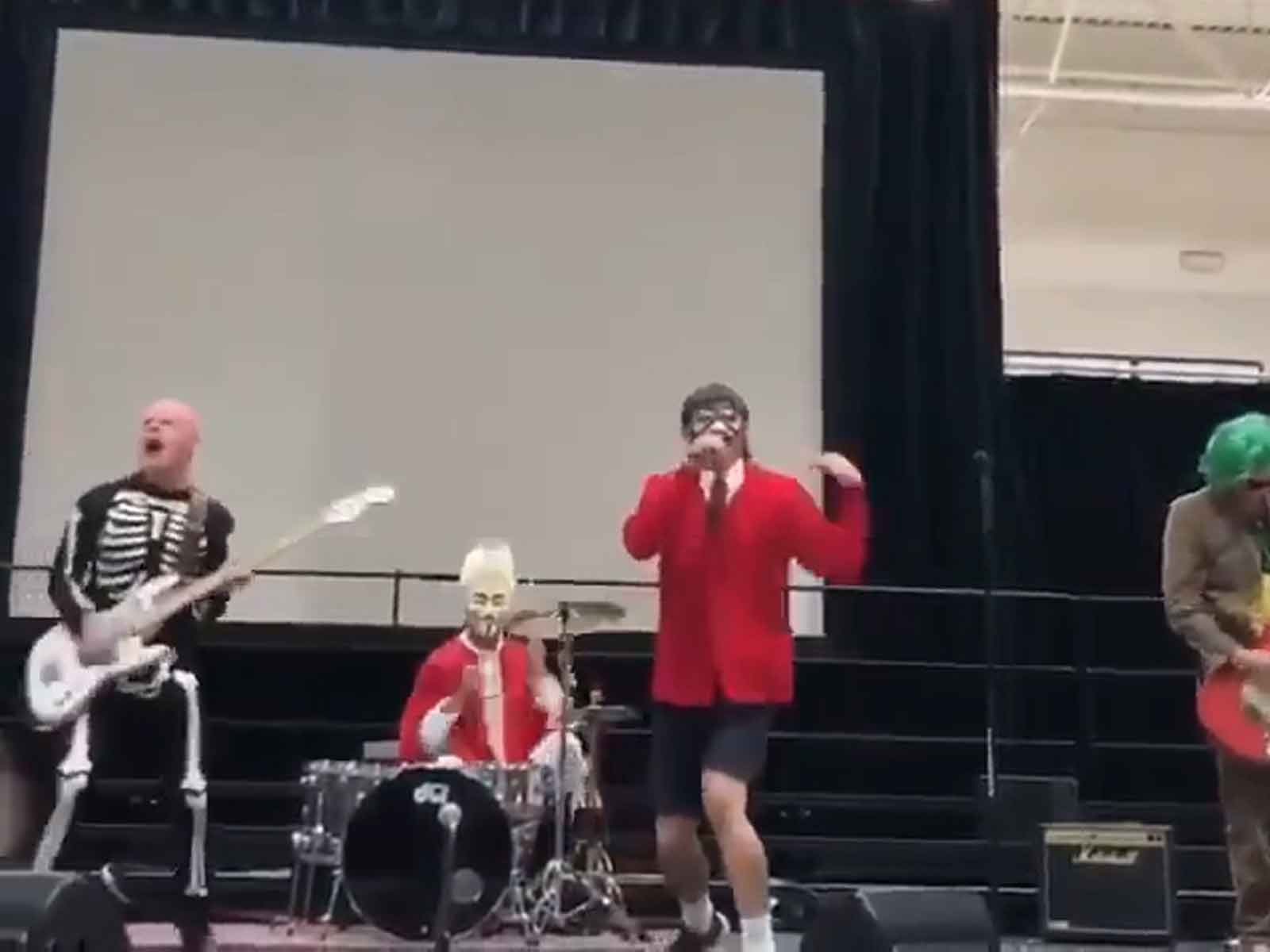 Who rocks out at their kids school at 9:30am on Halloween? The Red Hot Chili Peppers, that’s who!

The band performed a special show dressed in costume on Halloween morning to a bunch of kids at Viewpoint School in Calabasas and drummer Chad Smith posted the surprise gig on Instagram.

Anthony Kiedis rocked out as a schoolboy, Flea was a skeleton with bright pink hair, guitarist Josh Klinghoffer sported a green wig and Chad held down the drums dressed as an Archbishop while playing "Can't Stop."

Responding to Questlove, Chad, who has three children all under the age of 14, revealed the kids thought they were just "a band of dads from the school."

We dare you to top that trick AND treat!